Thanks to reader Assad who points out that Ms Gillard consulted the independents and Mr Swan about the election.   She didn't name any other parties.   Assad points to this copy of the AWU's annual conference program, with the last day dedicated to Paul Howes announcing the AWU's Federal Election Campaign strategy.

This is the announcement from Labor to the faithful - join the fight!

A friend of mine received this note at 12.35PM today.   What is it with the fight?   Be nice if we actually made something.

I have just announced that the next federal election will be held on Saturday September the 14th.

Later this year, Labor members and supporters like you will have a big role to play in the election campaign.

But for now, I want to be clear that while there are many days of hard campaigning ahead of us, these are the days for governing.

In coming months your Labor Government will be delivering important policies for our nation.

Our Industry and Innovation Statement will deliver on jobs, today and into the future.

Our National School Improvement Plan will see standards rise in all our schools, allowing our children to secure the high paid, high skilled jobs of the future.

The National Disability Insurance Scheme will provide security and independence for some of the most vulnerable.

All this will be underpinned by clear Budget savings to make room for key Labor priorities.

That’s the plan for 2013, and you can join me in campaigning for these important policy changes by sending your details tojointhefight@australianlabor.com.au.

Thank you for all your support as we begin the work.

Peter's question about those glasses

Reader Peter sent this photo in to me - he wonders if the glasses are purely decorative.   If you are an opthalmologist or optometrist or otherwise can present expert credentials in the physics of light and its journey through Ms Gillard's lenses, could you opine a professional analysis as to whether or not those lenses are plain glass? 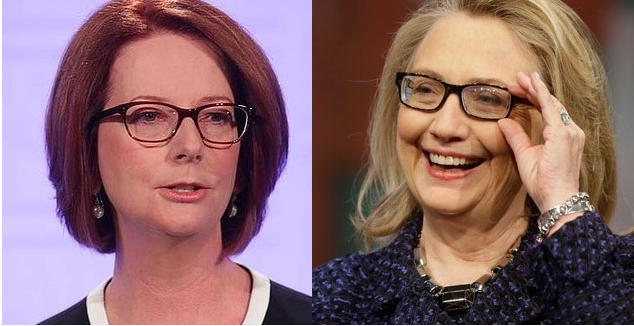 Personally, I think the glasses are more Grace Collier, which is a very big worry. 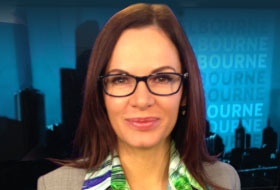 Paul Howes tweeted this last night.  No need for elections in the AWU.   Everyone gets appointed to their positions unopposed.   Get the message?   He said, unopposed.

Were you on the focus group that tested the glasses?

The wheels of justice continue turning, slowly but surely

Grace Collier on 2GB this morning

Here's a link to Grace Collier speaking on 2GB with Chris Smith this morning.

Robert McClelland is one of the true gentlemen of the Federal Parliament.

He was a solid Attorney General, replaced for no good reason by the disastrous Nicola Roxon.

Yesterday he announced his retirement from politics.   The Sydney Morning Herald this morning reported:

As a backbencher last June, Mr McClelland referred in Parliament to Ms Gillard's involvement in providing advice on the establishment of a contentious AWU fund.

While speaking on a bill to crack down on fraud by union officials, he quoted Ms Gillard's past comments that she never wanted ''to see a dollar that a worker gives a union used for any purpose other than the proper purposes of representing that union member's best interests''.

Mr McClelland added: ''Indeed, I know the Prime Minister is quite familiar with this area of the law; as lawyers in the mid-1990s, we were involved in a matter representing opposing clients.''

Subsequently, the opposition raised questions about Ms Gillard's role in advising on the fund's establishment and her conduct as a lawyer.

The SMH can't help itself in parotting Gillard's claim that she "provided advice".   She did a lot more than simply advise.

Mr McClelland represented the much-admired then National Secretary of the AWU Ian Cambridge in his efforts to get to the bottom of what Bruce Wilson did, while Julia Gillard helped her lover Bruce Wilson to do it.   Rather than help uncover what he'd done, Gillard helped cover it up.

I admire Robert McClelland and I wish him and his family all the best that retirement has to offer.

Claims about PM refuse to die down

The Prime Minister could be caught up in a criminal investigation. Victoria Police appear to be taking seriously an allegation made by serial campaigner Michael Smith. The allegation is extremely grave and if proved, it attracts a penalty of imprisonment (10 years maximum) as outlined in Section 83A of the Victorian Crimes Act.

Last October, Smith sent police a written complaint alleging Julia Gillard created a “false” document, a power of attorney, that enabled a house in Fitzroy to be purchased in 1993 with money from a union “slush” fund .

Smith, a one time policeman turned broadcaster, was sacked by radio station 2UE after his employer objected to his plan to air an interview related to the matter. Since his sacking he has continued his campaign through a political blog.

According to Smith, in mid November he heard from a fraud squad detective sergeant who identified himself as “in charge of the investigation”. Smith says the response by Victoria Police to his complaint has exceeded his expectations.

Last November, Ralph Blewitt, a signatory to the power of attorney, attended the Victoria Police Fraud Squad “at the invitation of detectives”, his lawyers say.

But in a significant development, this month a Victorian detective travelled to Queensland and spent days interviewing another witness relating to the document, Olivia Palmer, who worked with Gillard at law firm Slater & Gordon.

Palmer handled the power of attorney when she undertook conveyancing tasks related to the house in Fitzroy.

It is important to note that on November 26 in a press conference in Canberra, the Prime Minister vehemently rejected the allegations about the document saying, “I did nothing wrong in the witnessing of this power of attorney”.

The Prime Minister also said, “Mr Blewitt, according to people who know him, has been described as a complete imbecile, an idiot, a stooge, a sexist pig, a liar, and his sister has said he’s a crook and rotten to the core. His word against mine, make your mind up.”

She has also dismissed Smith as “the man sacked for wanting to defame me”.

Victoria Police confirmed its fraud and extortion squad is investigating a complaint regarding the alleged misappropriation of funds from a union and, quite properly, would not confirm who may or may not be under investigation.

Those waiting for police to confirm that the Prime Minister is a person “under investigation” before they ask questions may wait too long.

However, in the bewildering array of rumour and innuendo in the AWU scandal, there is one formal allegation on the public record and that allegation makes an accusation only against the Prime Minister.

We are all familiar with the Prime Minister’s strenuous denials. She has said there has been no wrongdoing and she has done nothing wrong. This may well be true. She is innocent until guilt is established by a court.

But next time the ALP use the word “smear”, someone could say police don’t investigate smears.

Next time the ALP say no allegations have been made, someone could say an allegation was made last October and the authorities seem to be attending to it.

Next time the Prime Minister says “there is not one substantiated allegation”, someone could say that only the finding of a court can substantiate an allegation so that statement is irrelevant. Wrongdoing doesn’t have to be proven before people can ask questions.

At some stage, Victoria Police will conclude their investigation.

For now, it seems the ALP caucus thinks people will ignore all this and those inclined to support the ALP will vote for Gillard anyway.

The progress of the police investigation will dictate how long this view can prevail.

This column appeared in today's AFR.

A couple of words about today

Im still tied up and will be until much later on, I have handed over moderating duties Trusted Sauce for the day, thanks, I'll be reading comments later on.