I thought you might be interested in revisiting our editorial and your comments from Monday, 17 August 2015 - the day Peter Gordon wrote to the Commission asking it to hand over correspondence.

You'll find this editorial there -  two weeks to the day.

EXHIBIT ONE - THE HANSON-YOUNG TREATMENT 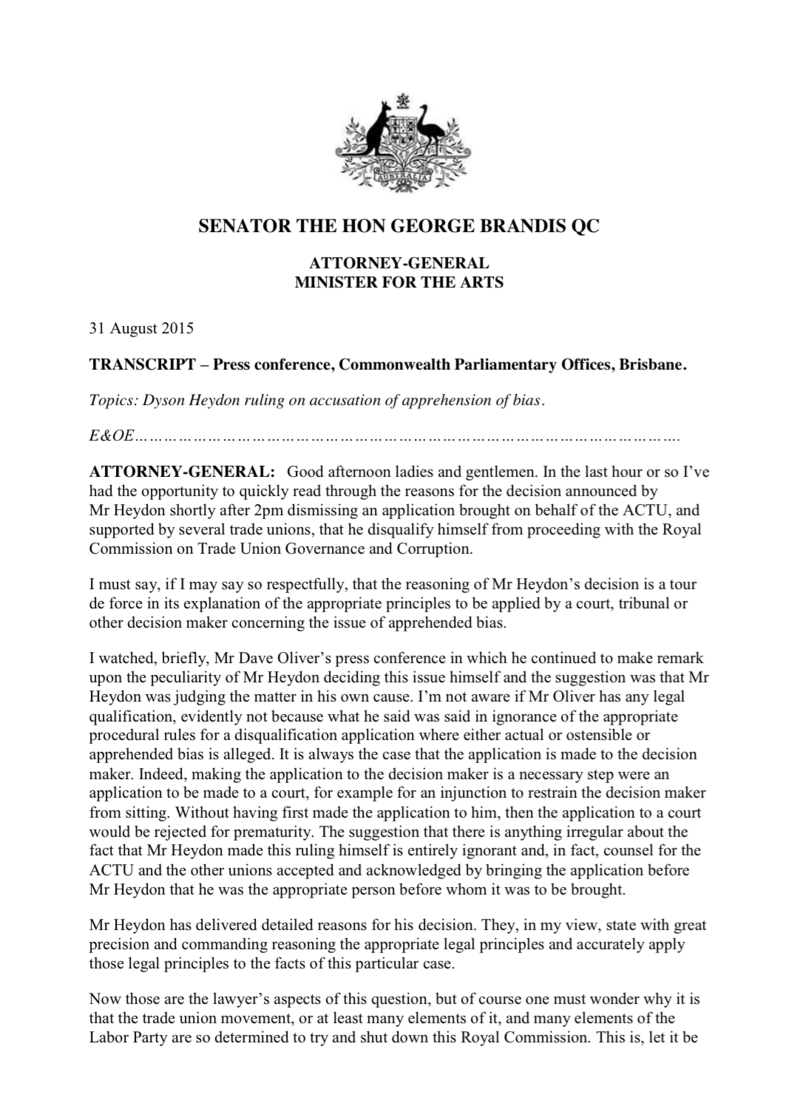 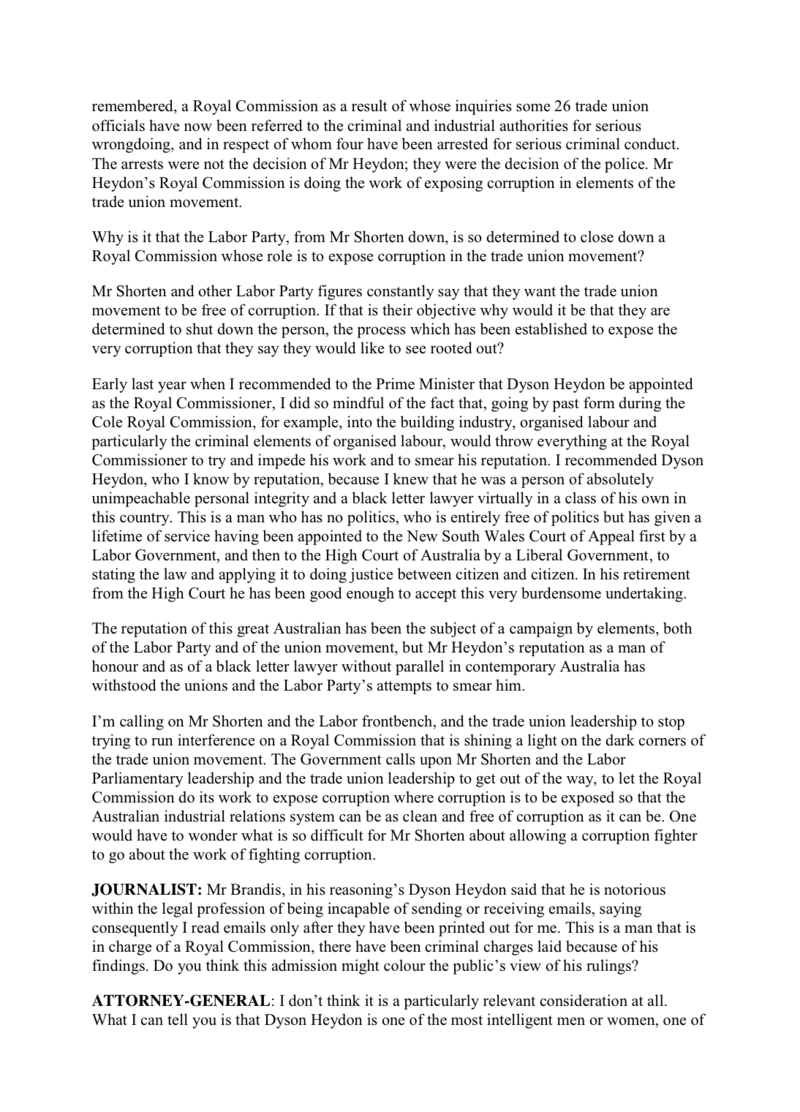 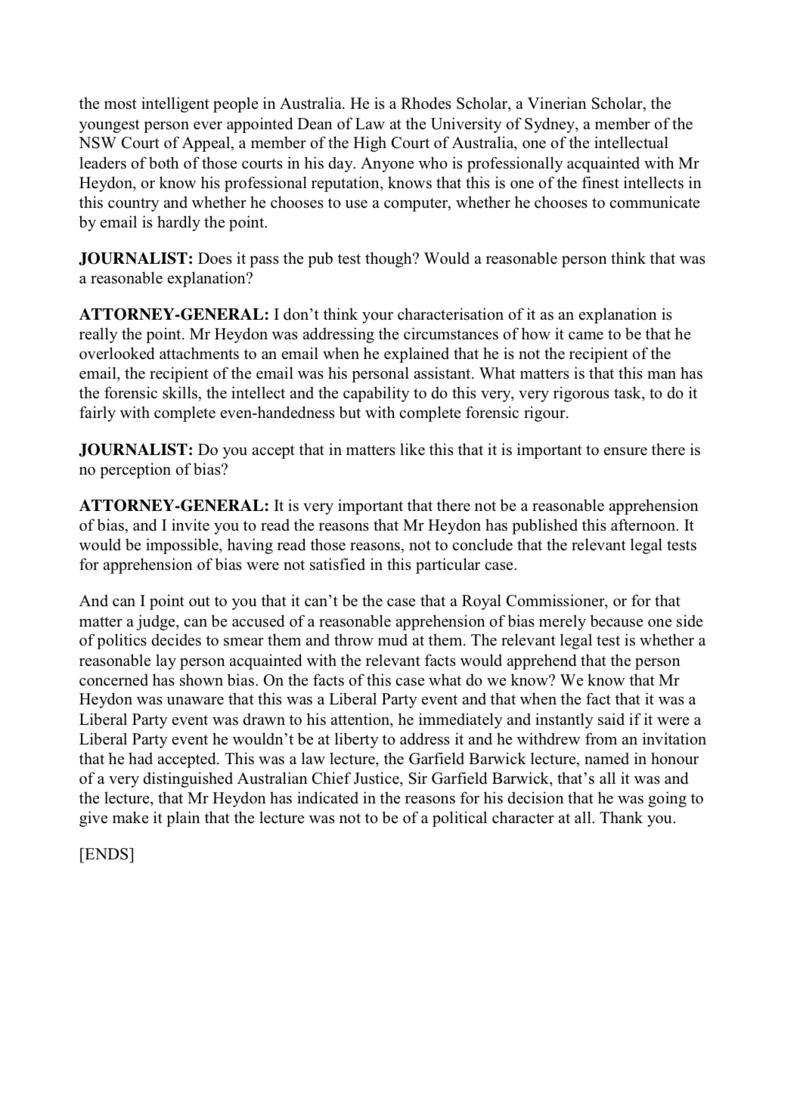 For those who can't stomach the full Dave Oliver media conference outside the Corruption Royal Commission's hearings .. here's "the best of" his smears:

They lost the day and have lost the plot. Oliver has done substantial damage to his own career today as well.

A short time ago Bill Shorten's office issued this statement to media outlets:

Now compare and contrast Shorten's lightweight, illogical generalisations with the precision and gravitas of the case put by George Brandis, speaking with Peter van Onselen of Sky News. 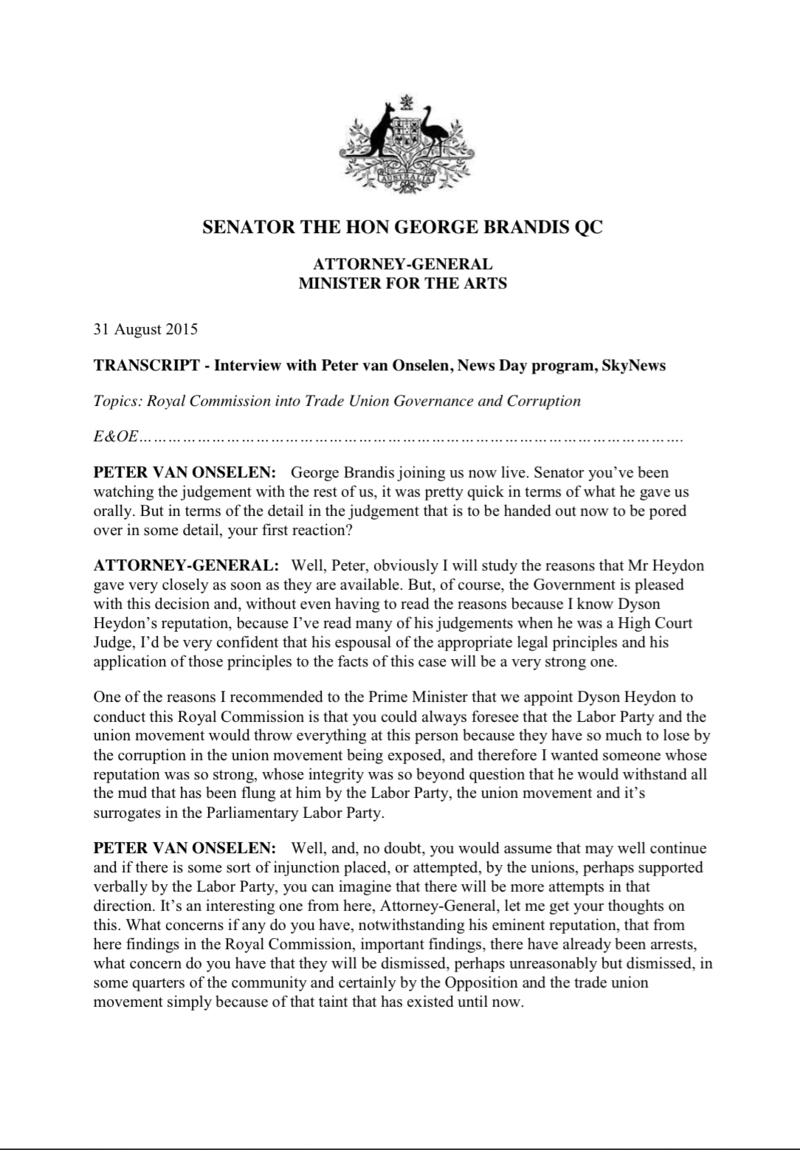 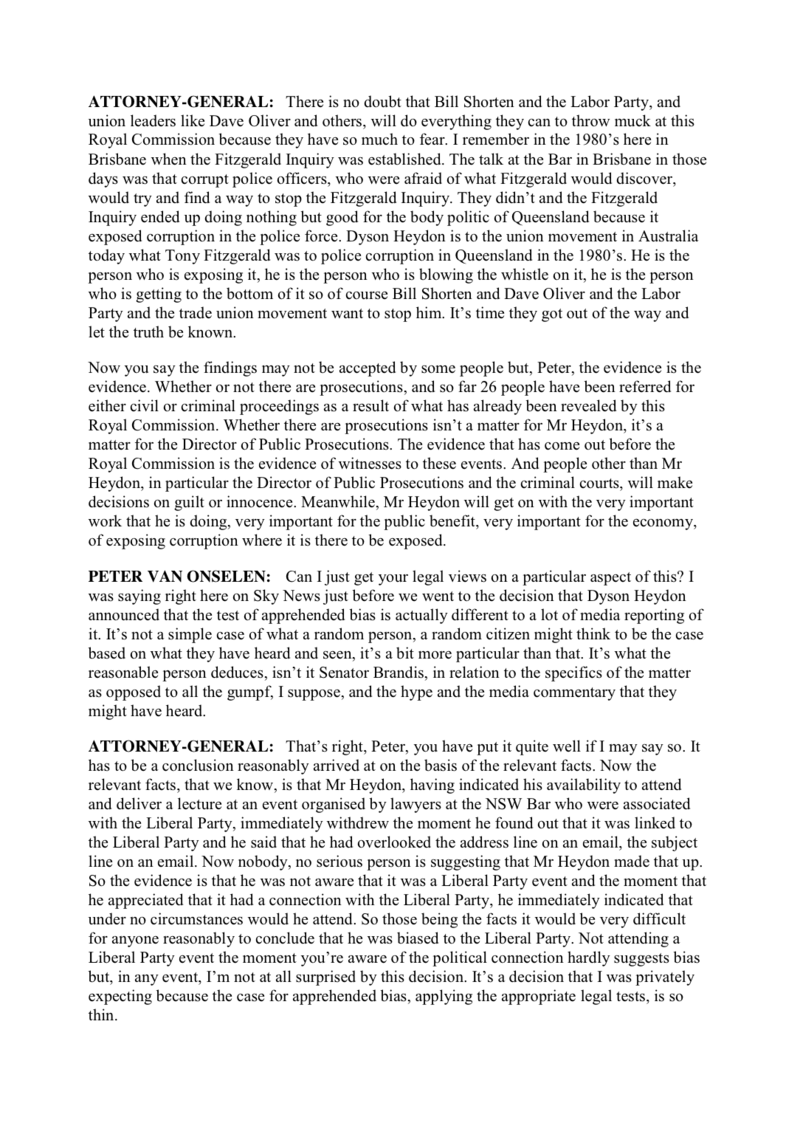 The ABC framed today's event early on with this introduction, "Dyson Heydon will announce whether he is standing down" rather than dealing with the merits of the ACTU dodgy bias application.

Here's some of what passes for "news" at the ABC along with their ACTU/Labor script-writers.

Dreyfus: I think this royal commission is irredeemably tainted by the events which have occurred #DysonHeydon #auspol

"I think this royal commission is irredeemably tainted by the events which have occurred." M. Dreyfus #auspol #turc

.@actudave: There is a resolution still to go before the Senate next week asking the Governor-General to remove #DysonHeydon #turc

Nothing from this Royal Commission can be taken seriously - @actudave #auspol pic.twitter.com/hDwJVc4qaJ

.@actudave: Tony Abbott admitted it last week, this is about him going after his opponents in the Labor Party #DysonHeydon #turc

.@actudave: The reality is that this Royal Commission is now terminally tarnished #DysonHeydon #turc

.@actudave: We're of the view that this Royal Commission is biased #DysonHeydon #turc

And we'll leave the last respectful word about Commissioner Heydon AC QC to two senior leaders in one of the key unions he's inquiring into, John Setka and Michael O'Connor of the CFMEU.   Setka has the unmitigated gall to compare the Commissioner with the Wolf of Wall Street.

Great to see the good guys have a win today with Commissioner Heydon dismissing the ACTU's dubious apprehended bias application against him.

Thank you for your support and contributions over the years we've been together on this website, it's much appreciated by me and days like this make it all the sweeter.

You can contribute directly to keeping this website around by donating here:

Or by clicking here

The win over the ACTU makes the work here seem all the more worthwhile - as my nan would have said about the stories we report on  "well you wouldn't read about it".   But you do get to read about it here and with your help we can keep this site going.

Thanks again for your support.

PS - don't forget that the matter of Bill Shorten and the Thiess $300,000 payment to the AWU will be back before the Commission soon and we will be there with your help.

The inquiry, he says, is "now terminally tarnished and biased"

ABC reporter "everyone is scrambling" to dissect Dyson Heydon's reasons

UPDATED - HERE IS THE COMMISSIONER DELIVERING HIS JUDGEMENT

And here's the beginning of the hearing. 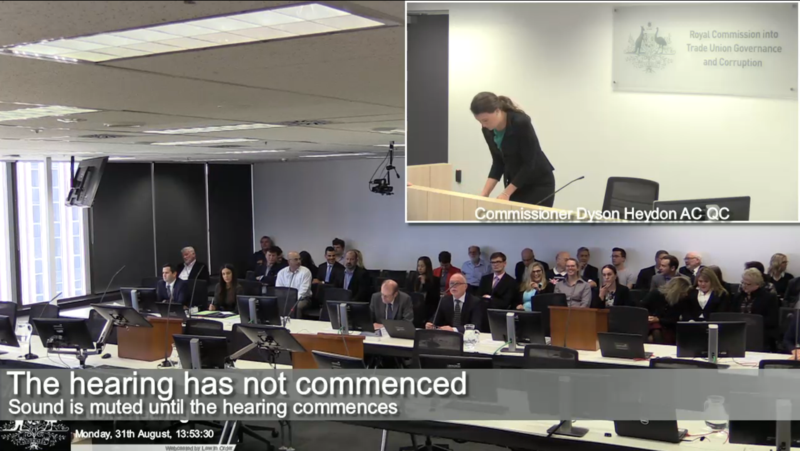 A few minutes to go and the gallery is already almost full. 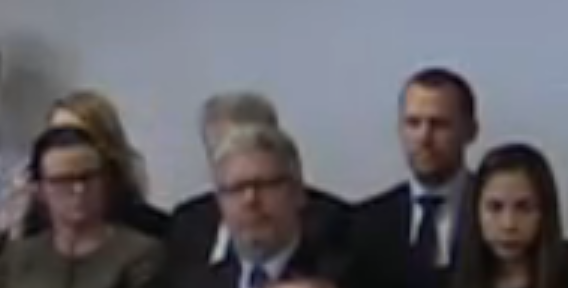 Dave Oliver, the man ultimately responsible for the ACTU application.

Now 2PM and nobody at the bar table for the ACTU - that's a bit rich, it's their application.

2.01 and the Commissioner enters the hearing room. 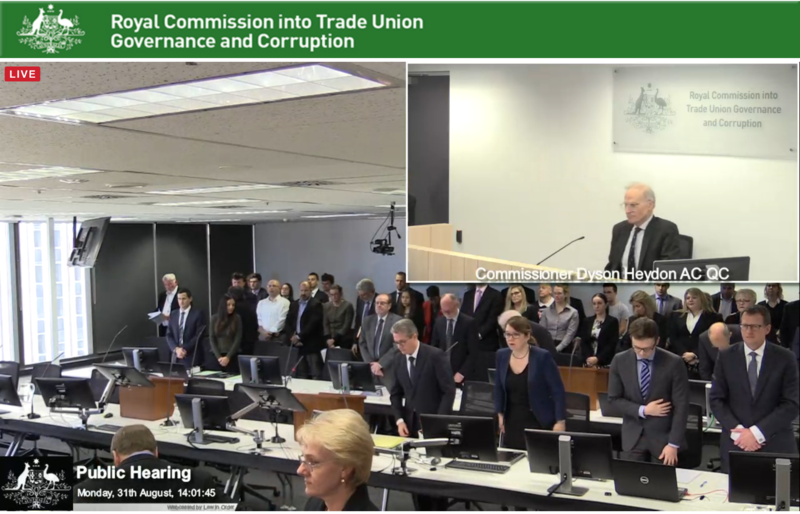 By consent orders were made that any submission or application for disqualification be made by the following Thursday with oral arguments to be made on the morning of Friday 21 August, 2015.

Further submissions were made during the following week.

The applications have been DISMISSED. 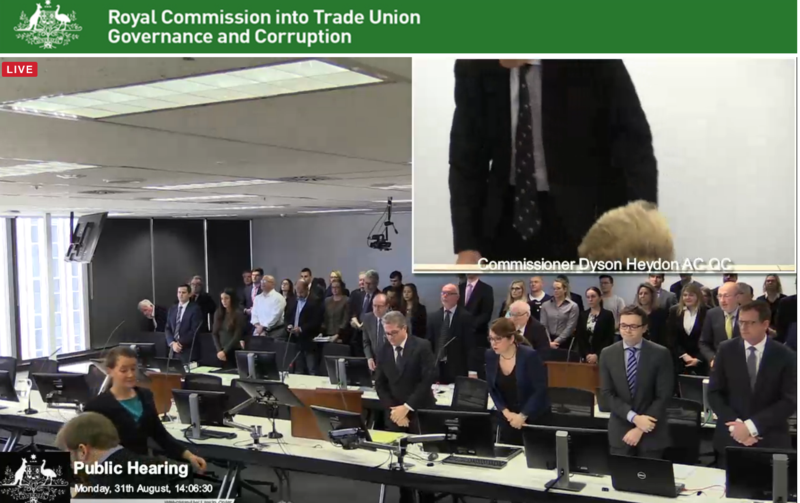 No apparent reaction on the Twitter accounts of Dave Oliver, Ged Kearney, Australian Unions or others yet.

Journalist Michaela Whitbourn tweets the Heydon Judgement is 67 pages long - apparently demand for it has caused problems for the TURC computer servers.

The Commission has published the following links to documents including the Commissioner's Judgement and reasons for judgement: