We can be certain of 3 events 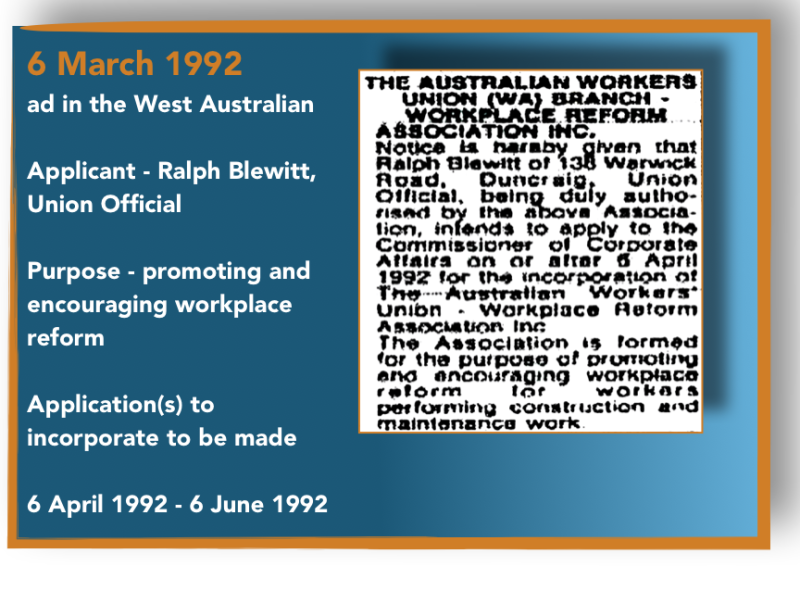 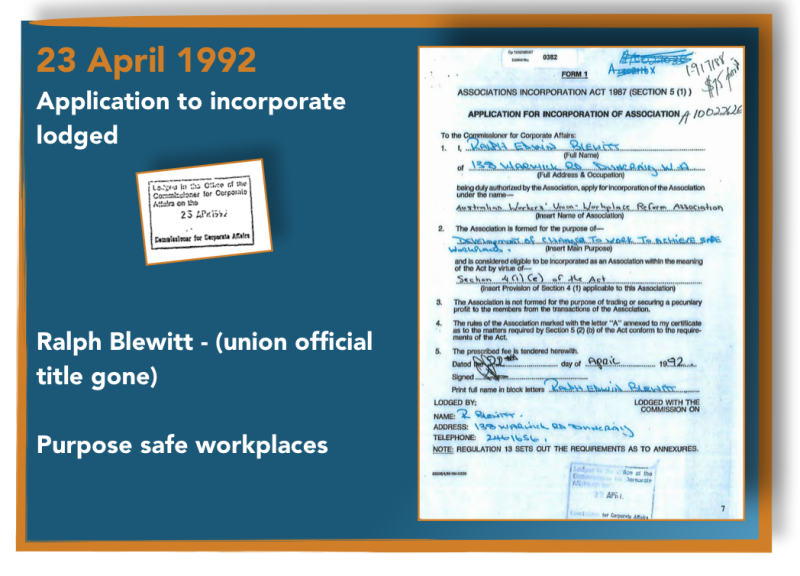 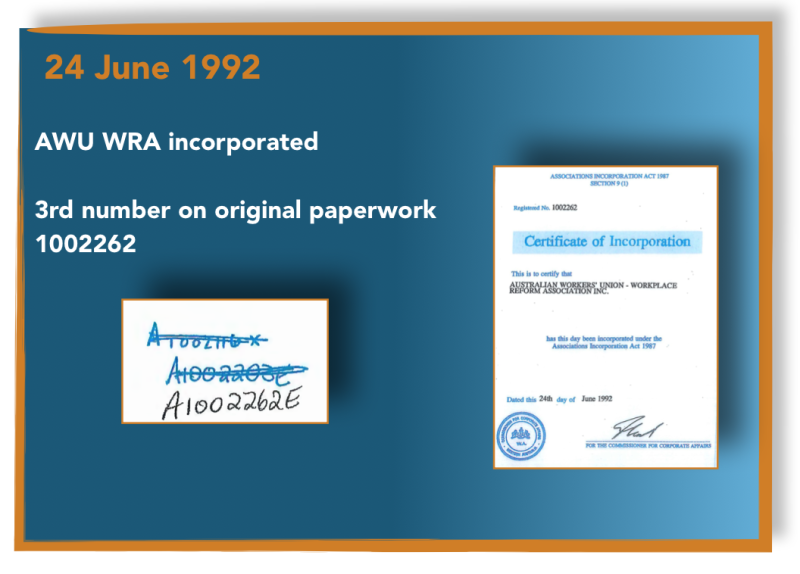 Here's Gillard's evidence about the delay - there'd been an "inquiry" about whether or not the association was a trade union. 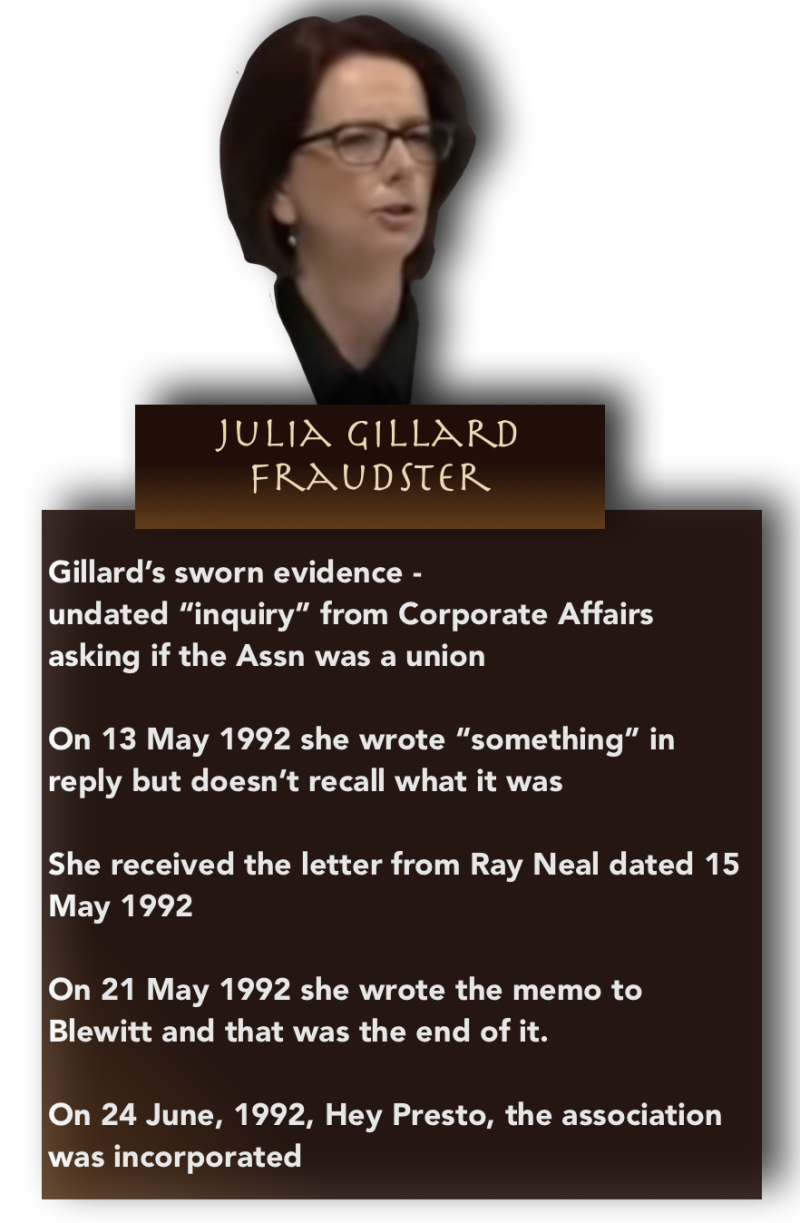 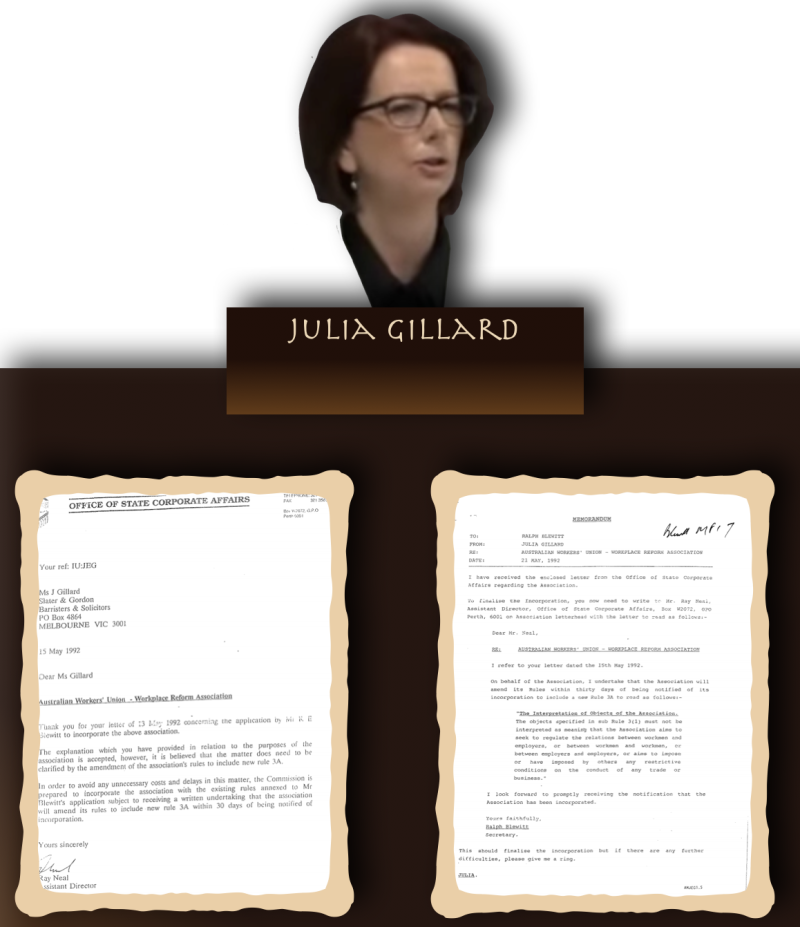 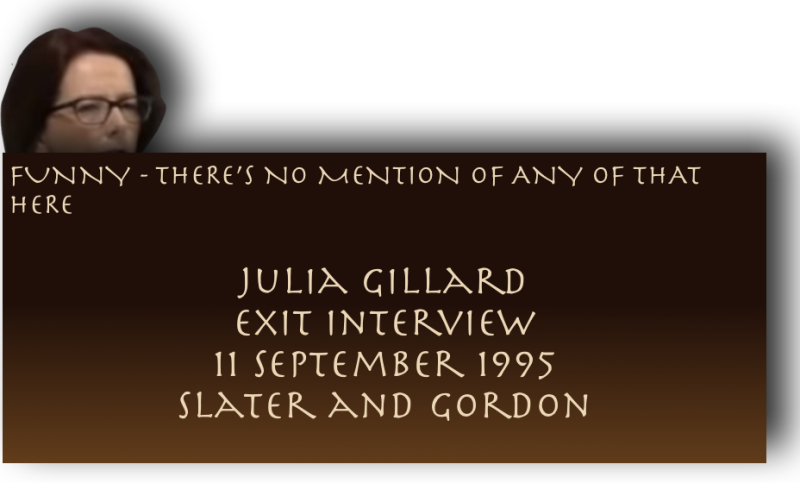 Blatant coaching for Julia Gillard in the witness box

Julia Gillard was being examined about this advertisement in the West Australian newspaper, 6 March, 1992. 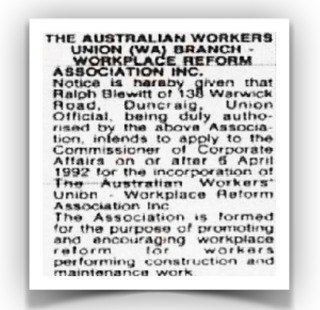 Ms Gillard was  trying to say she knew nothing about the ad, what was in it, or how it got in the paper - but she was getting tied up

While she was struggling up to his feet jumped her Counsel. 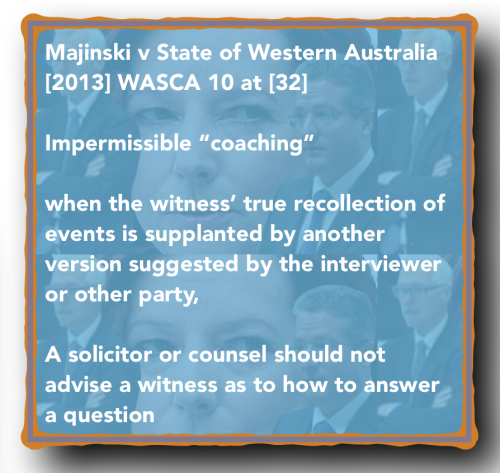 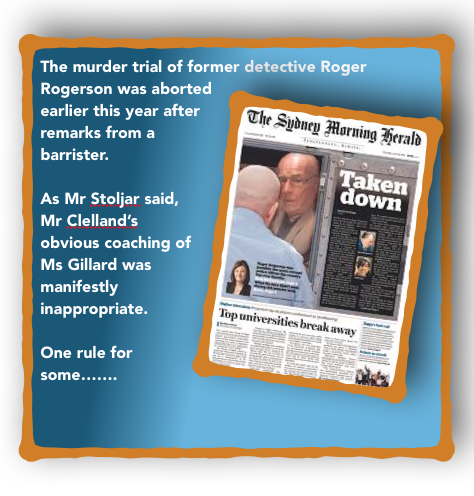 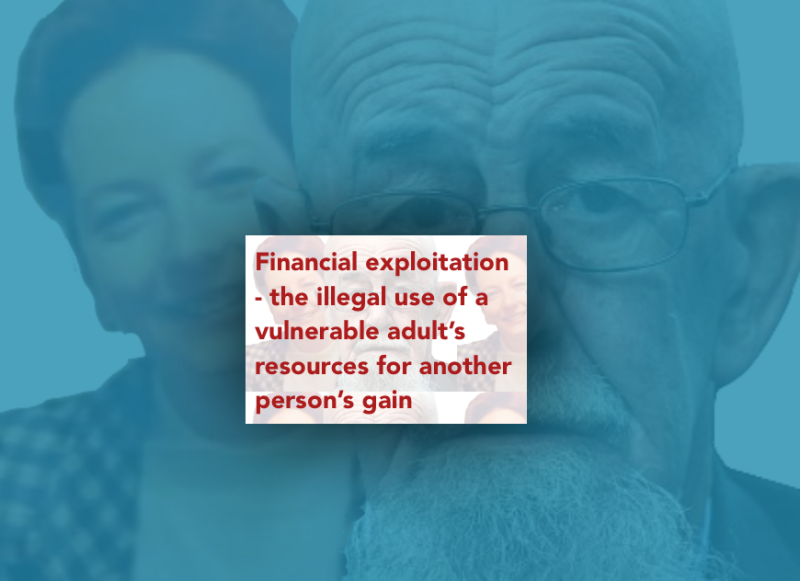 Gillard did more than give advice on incorporation of the association.

After the initial application was refused Gillard made a written appeal to the Minister.

The association was incorporated on the Minister's direction.

Gillard is covering up for her true role by using a forged letter to stitch up Ralph Blewitt.

Eddie's day today. Julia's is coming. We never give up. 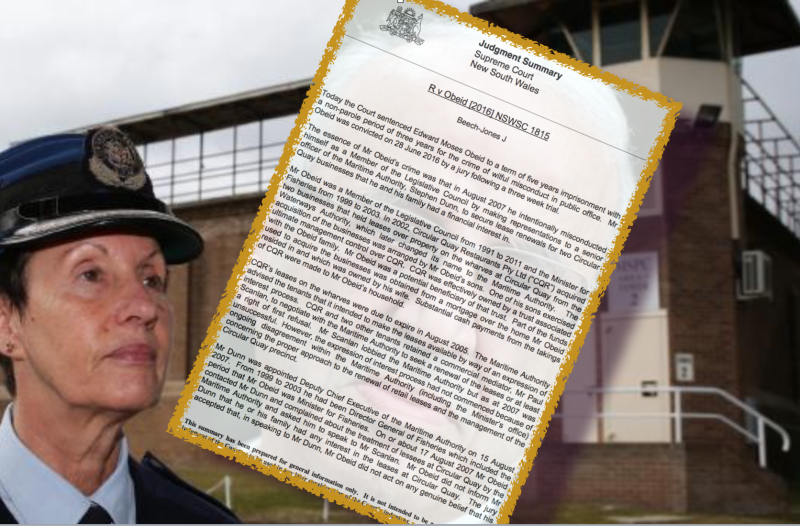 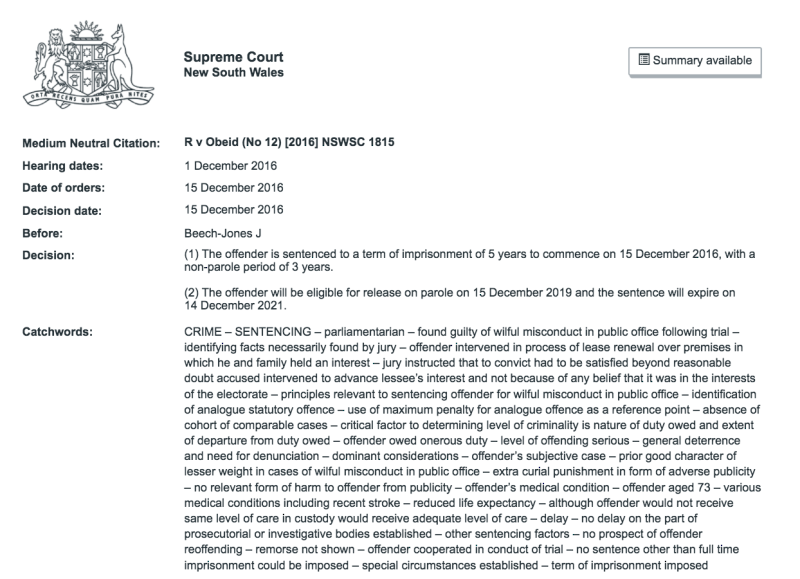 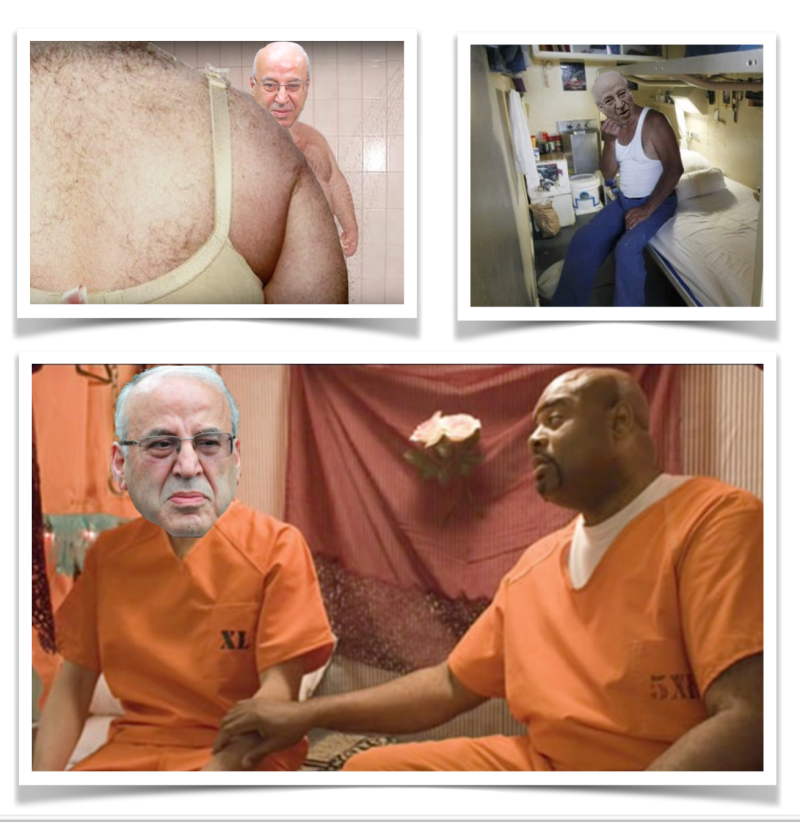 Gillard tells Royal Commission about the documents replaced by forgery

A confidential source sent me this in the very early days - not long after 2UE.

Union re-election funds are common but only challengers worry about secrecy.

Wilson had been secretary for over a year and Bill Ludwig was in it with him.

They were worried because the Association should never have been incorporated. If it was it should have been under Industrial Laws.

Jeremy Stoljar used the words from the Associations Incorporation Act "a trade union is ineligible for incorporation".

The 7 second pause that follows is telling. 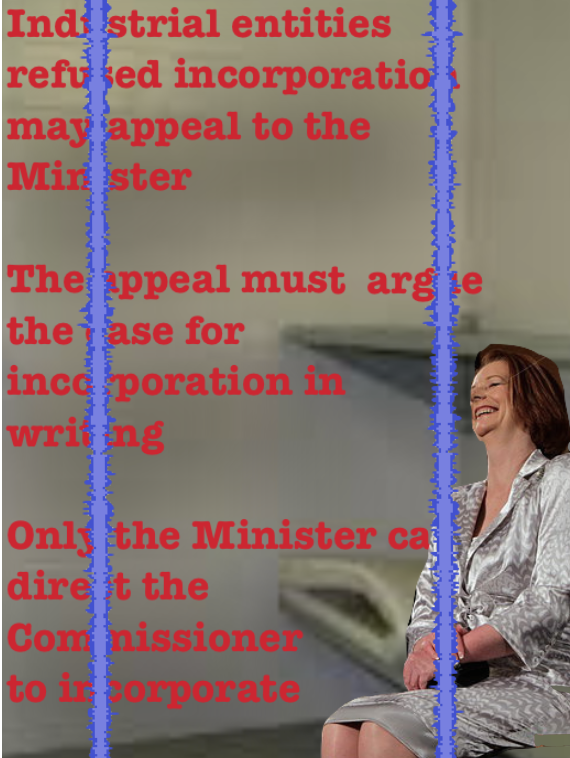 Gillard appealed and argued the case - including submissions in writing from Thiess and the national head office of the AWU.

What Gillard did should be in this file. 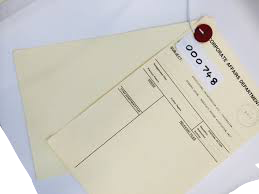 That's why the forgery was produced. 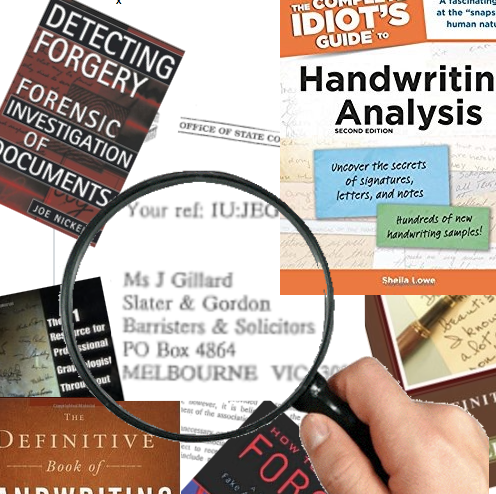 But she's not the only one in it.

60 seconds of shame Gillard. No 1 in a series 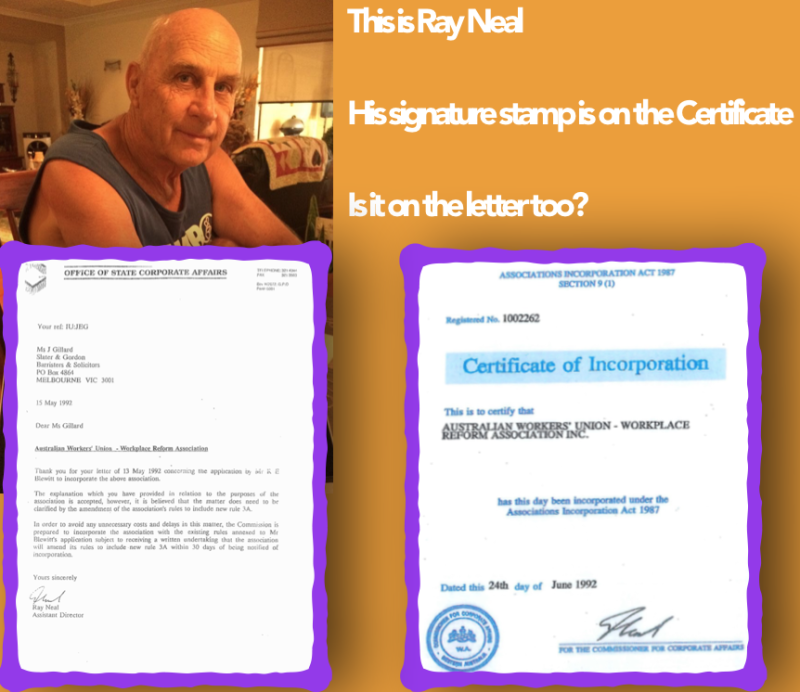 He says he did not write the letter, would not be a party to it and could not legally have made the offer in it.

Ralph Mineif is the only other staffer who could have used Ray Neal's signature stamp.

Mr Mineif is even more emphatic than Mr Neal - he could not, would not and did not have anything to do with the letter. 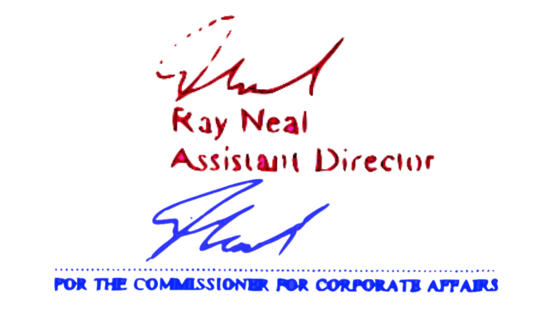 It's a simple task to extract and compare them - and it's clear the stamp was not used on the forgery. 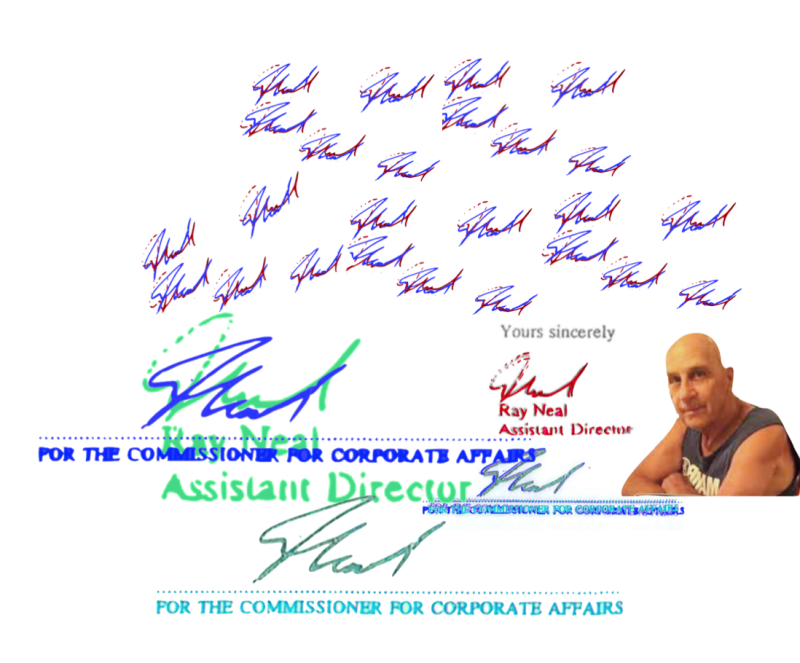 Ralph Blewitt didn't get the memo that Gillard used to load him up.

What more do authorities need?