A voice of calm, reasoned logic on the carborne Melbourne terror attack - shame it's not Australian

Who writes and sub-edits Sky's stuff?

This would be horrible news to wake up to if you knew one of the people wounded in this attack on us. 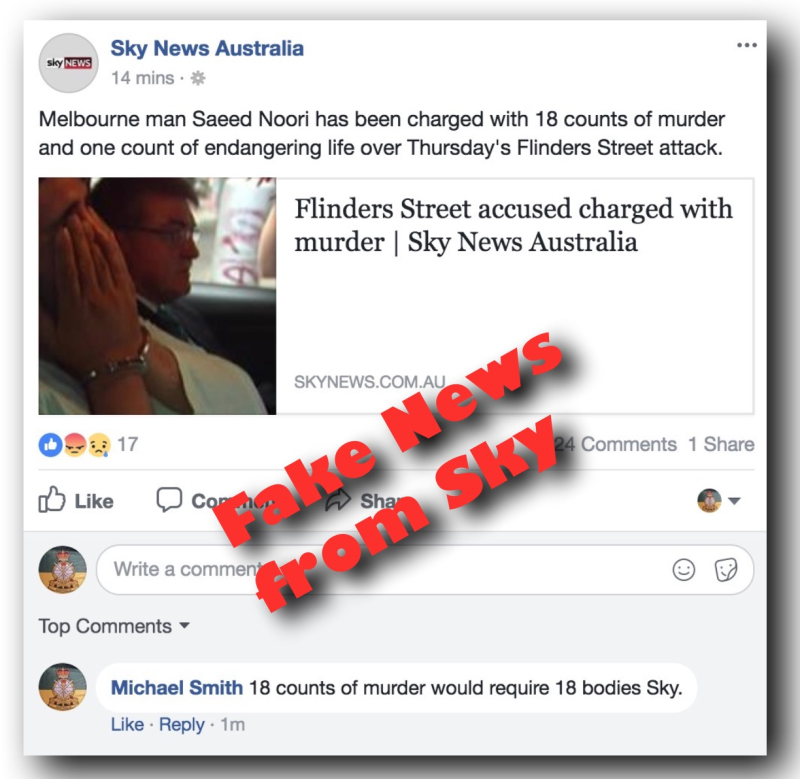 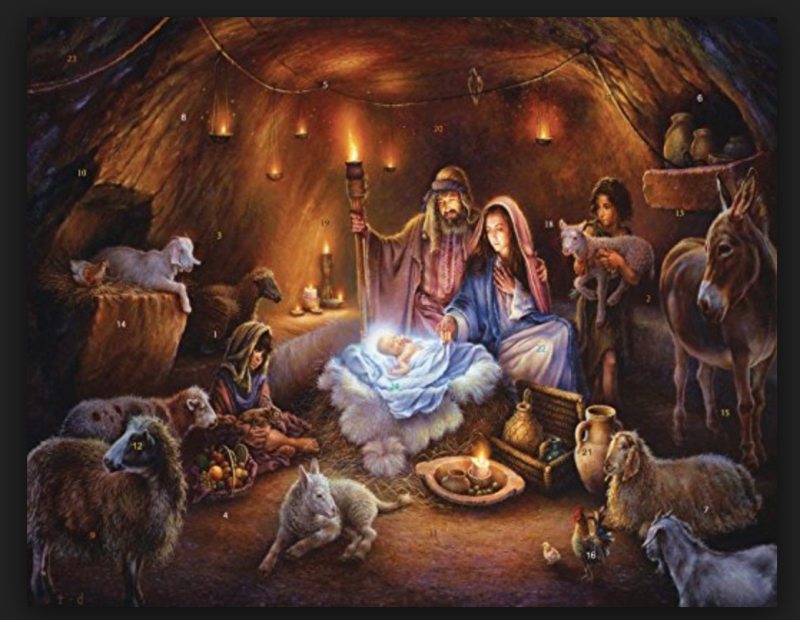 I hope Santa is as kind to you as he has been to me.

The files Santa dropped in our stocking - with more on the way - should make for a very Happy New Year.

What it’s like to have a President who doesn’t ask “How high?” when the UN tells him to jump. Instead, he tells them to take a flying leap. Good feeling!https://t.co/HvJDiOM5m8

We apparently had better things to do. 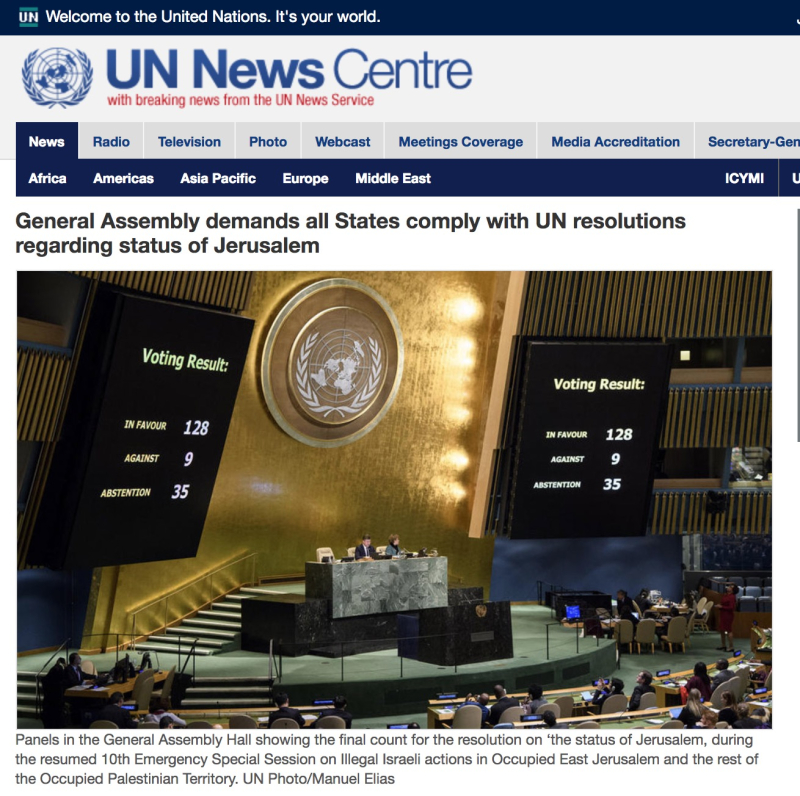 21 December 2017 – By an overwhelming majority, Member States in the United Nations General Assembly on Thursday “demanded” that all countries comply with Security Council resolutions regarding the status of Jerusalem, following an earlier decision by the United States to recognize the Holy City as the capital of Israel.

Through a resolution adopted by a recorded vote of 128 in favour to nine against (Guatemala, Honduras, Israel, Marshall Islands, Federated States of Micronesia, Nauru, Palau, Togo, United States), with 35 abstentions, the 193-member Assembly expressed “deep regret” over recent decisions concerning the status of Jerusalem and stressed that the Holy City “is a final status issue to be resolved through negotiations in line with relevant UN resolutions.”

Action in the Assembly today follows a failed attempt by the Security Council on Monday adopt a similar text reflecting regret among the body’s members about “recent decisions regarding the status of Jerusalem,” with a veto from the United States, a permanent member of the Council.

Ahead of that failed resolution, Nickolay Mladenov, Special Coordinator for the Middle East Peace Process, told the Security Council that the security situation in Israel and the Occupied Palestinian Territory had become more tense in the wake of US President Donald Trump's decision on 6 December to recognize Jerusalem as the capital of Israel.

This procedure, under Assembly resolution 377 (1950), is a pathway around a Security Council veto. By it, the Assembly can call an emergency special session to consider a matter “with a view to making appropriate recommendations to members for collective measures,” if the Security Council fails to act or if there is lack of unanimity among the Council’s permanent members, China, France, Russia, United Kingdom, and the United States.

Since the tenth such meeting, the Assembly has temporarily adjourned the emergency special session and authorized “the President of the General Assembly […] to resume its meeting upon request from Member States,” allowing for speedy consideration by the body of urgent issues.

The most recent resumed emergency session was in 2009 when the Assembly called a meeting on East Jerusalem and the Occupied Palestinian Territory.

Resolutions in the Assembly are non-binding and do not carry the force of international law as do measures agreed in the Security Council.

Today’s resolution demanded that “all States comply with Security Council resolutions regarding the Holy City of Jerusalem, and not recognize any actions or measures contrary to those resolutions.”

The General Assembly further affirmed that “any decisions and actions which purport to have altered the character, status or demographic composition of the Holy City of Jerusalem have no legal effect, are null and void and must be rescinded in compliance with relevant resolutions of the Security Council.”

In that regard the Assembly also called upon all States to refrain from the establishment of diplomatic missions in the Holy City of Jerusalem, pursuant to Security Council resolution 478 adopted in 1980.

Reiterating its call for the reversal of the negative trends that endanger the two-State solution, the Assembly urged greater international and regional efforts and support aimed at achieving, without delay, a comprehensive, just and lasting peace in the Middle East.

News Tracker: past stories on this issue

Victoria Police face no pressure to say such things as might please the Premier. Much. No surprise given our nation's leadership over the past decade or so (with the notable Abbott anomaly). 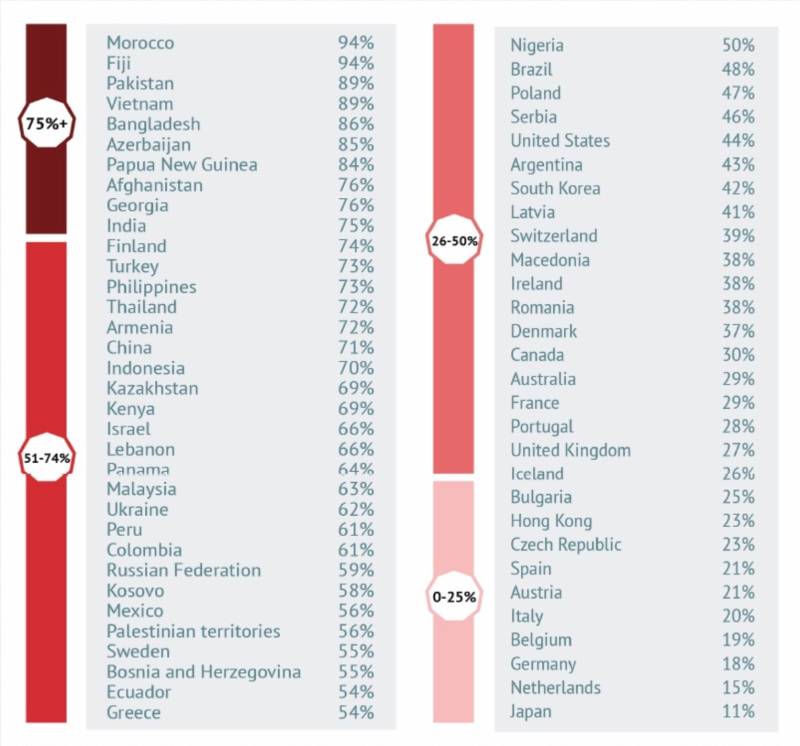 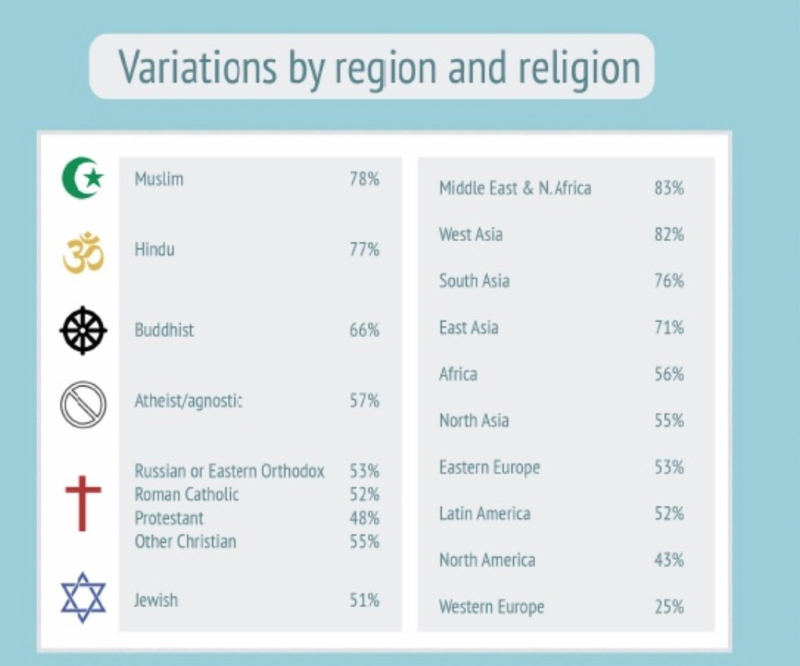 Julie Bishop, Malcolm Turnbull - this is how grown-ups act.

We will shortly see, Ms GILLARD, who will win. Clinton and her protectors, or justice. 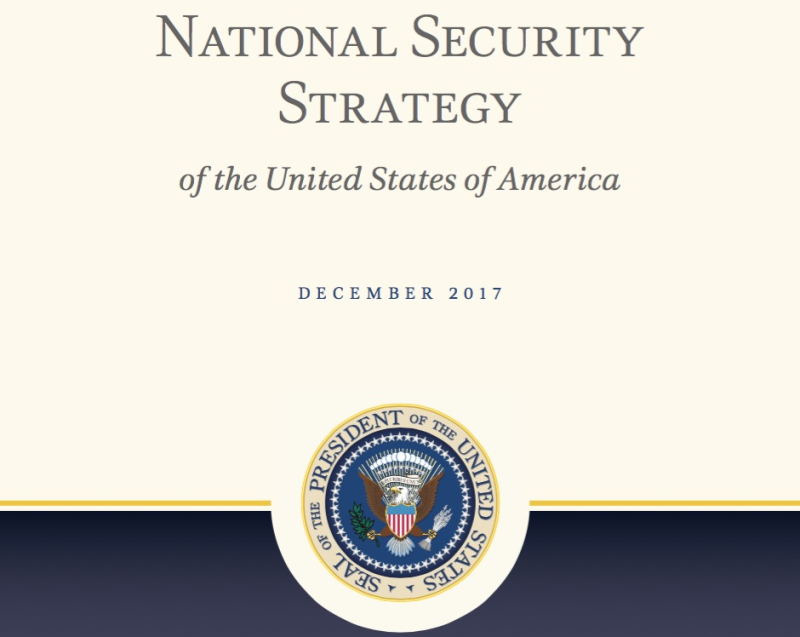 This is good news for Australians everywhere. Mad Dog Mattis has already crushed the nascent Islamic Caliphate in Iraq and Syria that was allowed to flourish under Obama.  Expect more of the same.

And climate change as a threat to US security is gone - kaput. The only threat related to environmental policies and regulations is the threat that may have imposed on US access to fossil fuel energy.  Trump and his team are awake to the climate change clowns.

Here are a couple of paragraphs from the document which relate directly to us and our interests.

There can be no greater action to advance the rights of individuals than to defeat jihadist terrorists and other groups that foment hatred and use violence to advance their supremacist Islamist ideologies. We will continue to join with other states to defeat this scourge of all civilized peoples.

Australia has fought alongside us in every significant conf lict since World War I, and continues to reinforce economic and security arrangements that support our shared interests and safeguard democrat ic va lues across the region.

We will seek to increase quadrilateral cooperation with Japan, Australia, and India.

Jihadist terrorist organizations present the most dangerous terrorist threat to the Nation. America, alongside our allies and partners, is fighting a long war against these fanatics who advance a totalitarian vision for a global Islamist caliphate that justifies murder and slavery, promotes repression, and seeks to undermine the American way of life. 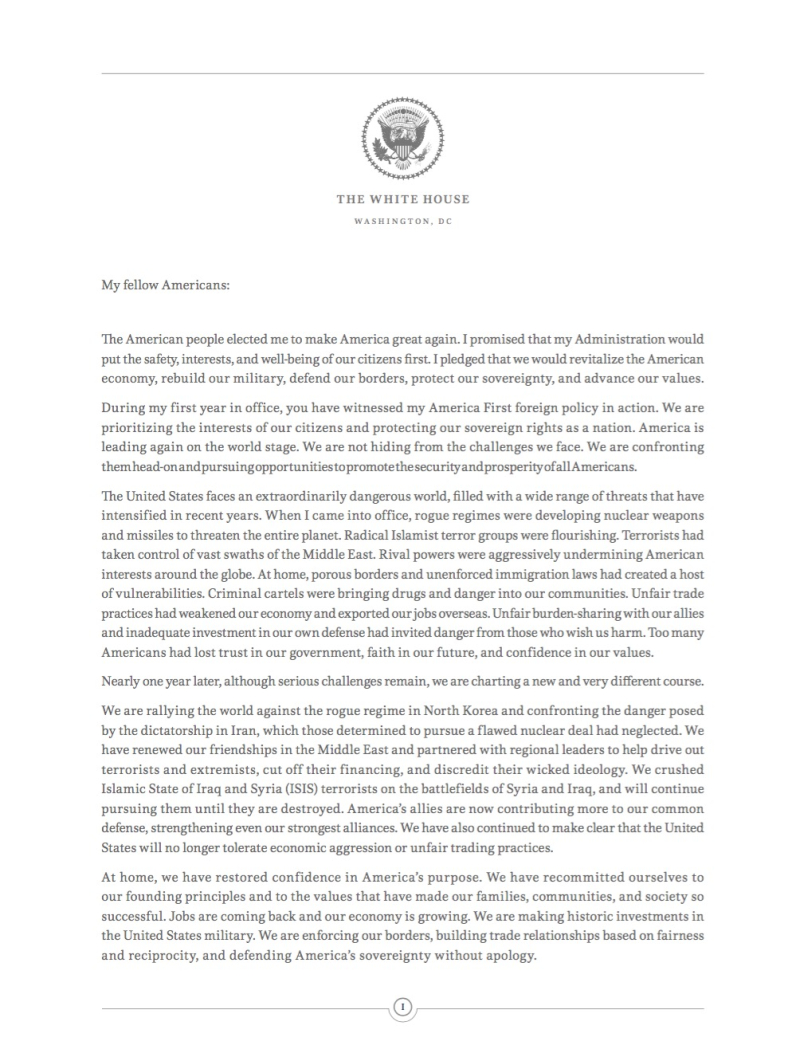 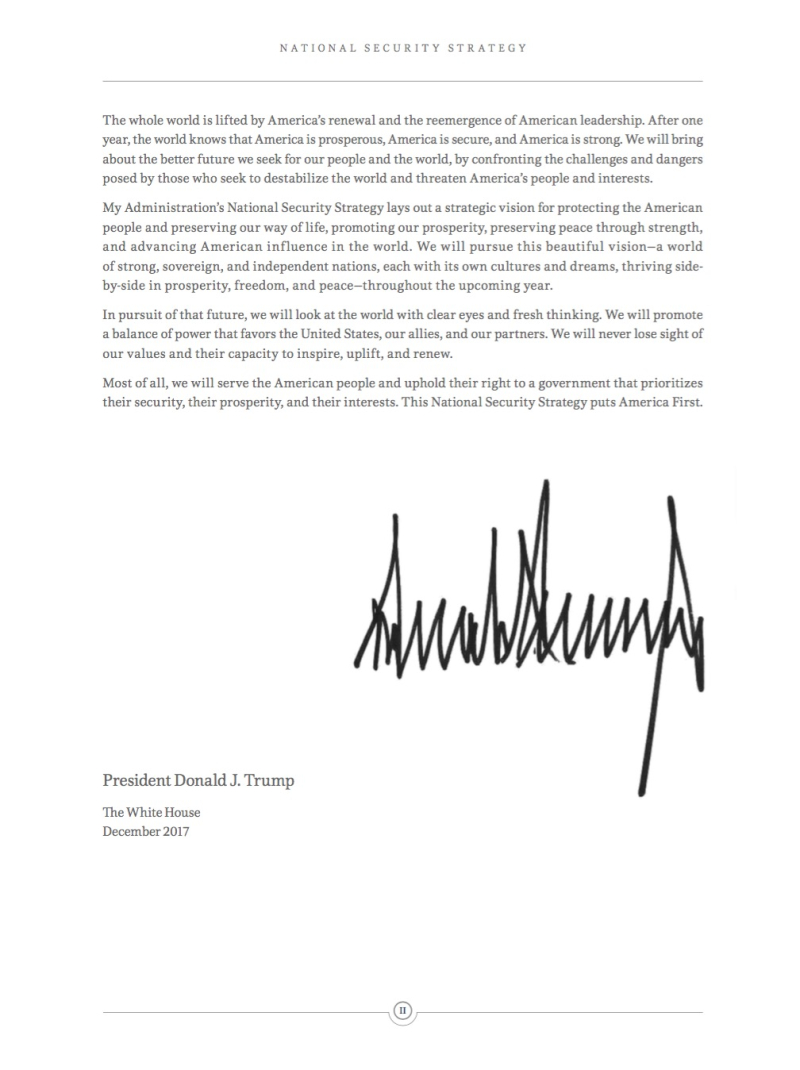 The fact that Victoria Police executed a search warrant on sitting prime minister GILLARD's former office wasn't and isn't news to the ABC. 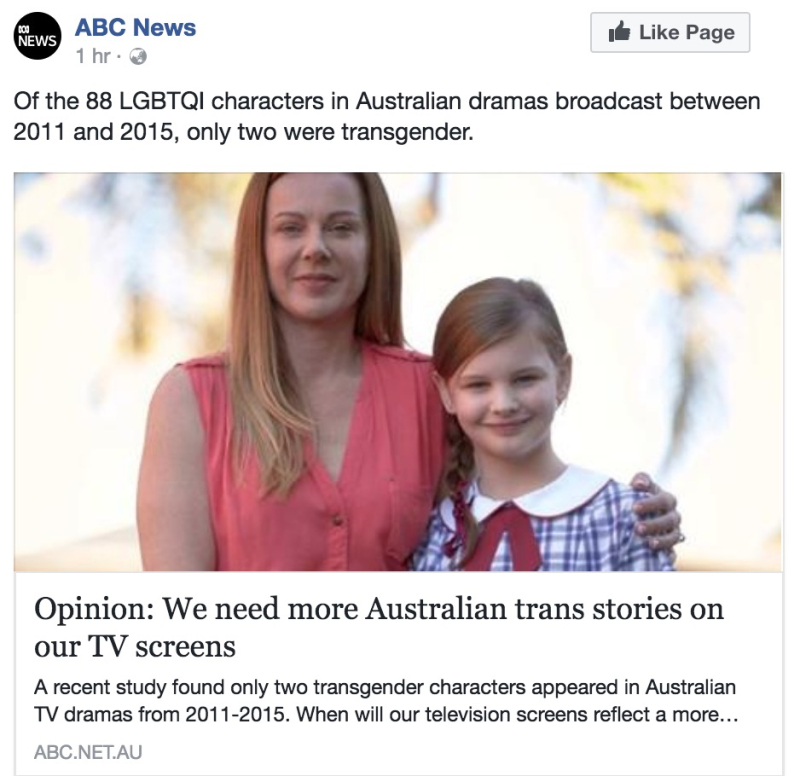 When someone wants to tell you how to live, tell them about the late Kazimierz Piechowski

If you aspire to any influence on the way our country develops you might find a trip to Auschwitz useful.

Depressing, chilling and unsettling too.

What is the limit, the outer boundary on collective human behaviour?

What are we capable of?

Auschwitz helped me understand at least those questions a little better.

Germany's socialists came to power through the workers party and unions.

I say took power because it was always about the exercise of power over other people - it was never about leadership.

Auschwitz will tell you about the capabilities ordinary workers have within them, capabilities to do what they're told by power-weilding people.

Kazimierz Piechowski was a living link to those times.  His innate driving force always pushed hard in the direction of freedom.

Germany's socialists and Russia's communists all tried to break him but couldn't.

Every prisoner at Auschwitz dreamt of escaping. Many hatched plans, some made attempts, almost all failed and paid the ultimate price. Of the handful who succeeded, one stands out not only for his courage but also for his sheer, breathtaking audacity.

Kazimierz Piechowski’s escape plan was simplicity itself. He would dress up in an SS officer’s uniform and drive out of the camp in the commandant’s car.

For this to work he needed a little help and a lot of luck. Prisoners tended to work in groups – known as “blocks” — of about 20. Because Piechowski knew that ten prisoners from the same “block” would be executed for every one who attempted to escape, he decided to create a “fake block” of four workers, himself included.

On June 20, 1942, the four pulled a cart containing kitchen waste towards the “inner” entrance gate, the one across which the infamous Arbeit Macht Frei sign was arched. Piechowski, a German speaker, told the guard that they were Rollwagenkommando (haulage detail). It was not true, but he hoped that the guard would not bother to confirm this by checking his duty list. They were able to walk freely out of the main camp and towards the storage building near the “outer” entrance gate. This they entered via a trap door covering a coal chute that Piechowski, who worked in the storerooms, had earlier unbolted from the inside. They then broke into the room on the second floor where the SS officers’ uniforms were kept. As one of the prisoners was a mechanic who helped to repair the camp’s staff cars, he had been able to make a copy of a garage key. They used this to break in and steal the Steyr 220 convertible belonging to Rudolf Hoss, the commandant of Auschwitz.

As they drove towards the outer gate they realised, to their horror, that the guards were not lifting the barrier as they approached. Piechowski had hoped they would take one look at the commandant’s car and wave them through.

Their mouths dry, their hearts thumping, they came to a halt. Time stood still. Then, with not a little chutzpah, Piechowski leant out of the car wearing the SS-Untersturmfuhrer’s uniform that he had stolen and shouted: “Wake up, you buggers! Open up or I’ll open you up!” Shocked, one of the guards scrambled to raise the barrier and, as the car swept past, he saluted.

Keeping clear of the main roads, they drove for two hours, heading for the town of Wadowice. There they abandoned the car and continued on foot, sleeping in the forest and taking turns to keep watch. Once he was back home, Piechowski joined the Polish resistance. The furious commandant, meanwhile, introduced a policy of tattooing inmates with their prison numbers, so that future escapees might be more easily identified.

“Some people tell the story that once we were free we sent Hoss a postcard thanking him for letting us use the car,” Piechowski said many years later. “The truth is we did nothing of the sort.”

Born the son of a railwayman in Tczew, Poland, in 1919, Kazimierz Piechowski had a happy childhood, spending his free time playing bows and arrows with his two brothers or swimming with them in the River Vistula. At the age of ten he joined the boy scouts. Unfortunately, when the Germans invaded Poland in 1939 this marked him out as a potential subversive. “Four days after they arrived in Tczew, they started shooting the scouts,” he recalled. Among those rounded up and killed were some of his childhood friends. “I knew that, sooner or later, I would also be killed,” he said. “So I decided to run away.”

He attempted to get to France to join the Polish army, but was caught crossing the border to Hungary. In June 1940 he was part of the second batch of 313 prisoners to be sent to the newly opened Auschwitz. He was given the number 918. He was soon assigned to the Leichenkommando, where his duties included carrying the bodies of those who had been executed to the crematoria, between 20 and 100 a day.

After the war he attended the Gdansk University of Technology and became an engineer, and then found work in Pomerania, only to be denounced to the communist authorities for being a member of the Home Army, as the Polish resistance was known, and sentenced to ten years in prison.

Upon his release he resumed his work as an engineer until he retired, after which he spent as much time as he could travelling the world with Iga, his wife. He wrote two books and was the subject of two documentaries.