The innards of a large building Perth is home to thousands of small film containers.

Put one into the micro-film machine and it's like sitting down to a coffee with the paper - only back in time.

I've been interested in 1992, when airlines advertised business class between Melbourne and Sydney for $492 each way and Julia Gillard was a partner at Slater and Gordon. 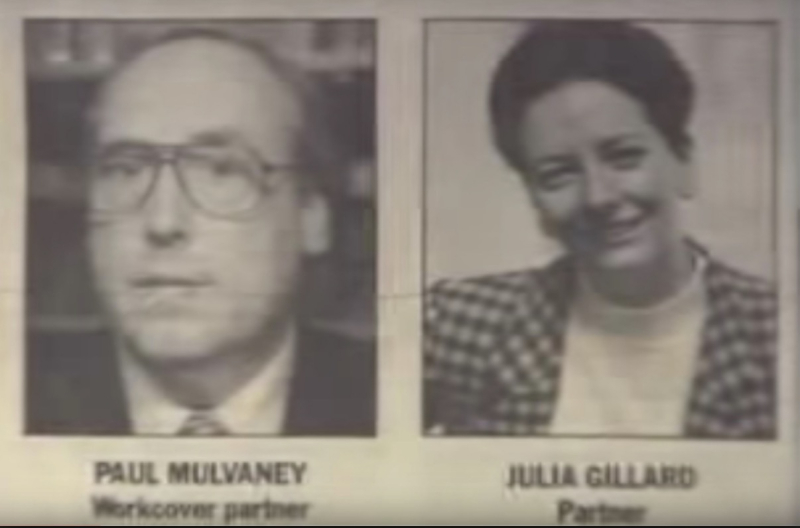 Here's an insight into the joys of microfilm - oh and there's more to come, trust me.

By the end of August 1992, Minister Yvonne Henderson was pleased Mr Wilson's problem was sorted One thing stands out about Minister Henderson's files.

Every contact received a letter, no matter how small.

And every touch leaves its trace. 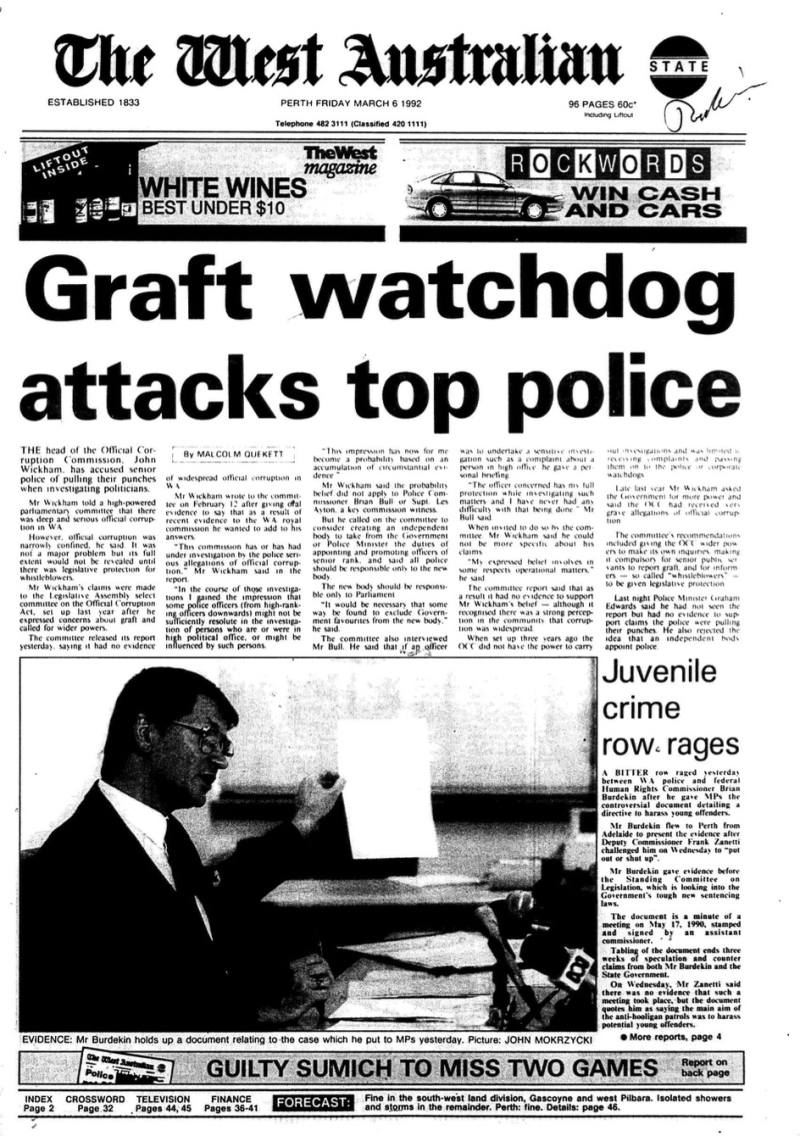 The date of that story?

The same edition of the newspaper carried the advertisement that kicked off the grandmother of all corruption scandals! 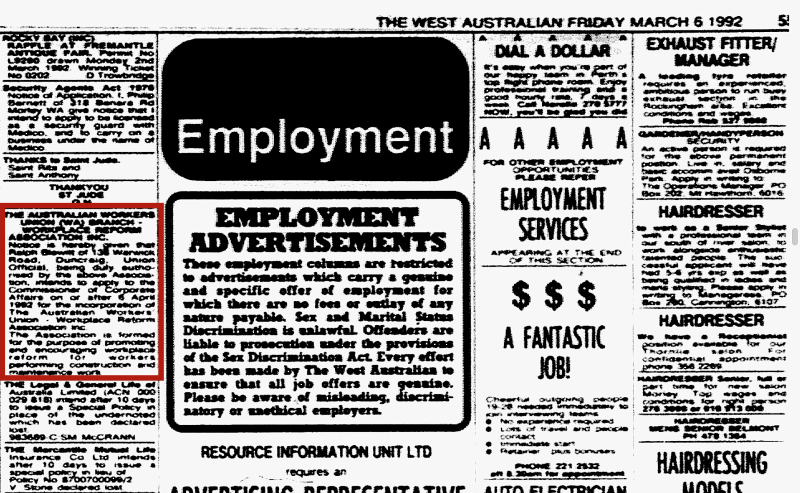 Here's the story in more detail - you can file it away in the Karma Truck is Coming file! 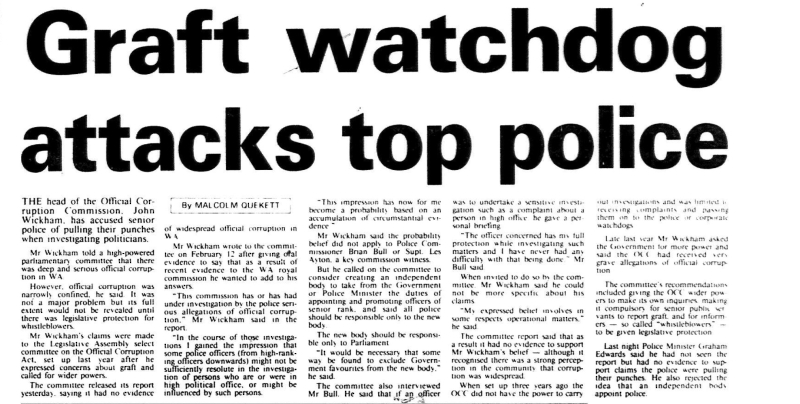 Lots, lots more to come from WA - including a private prosecutor! 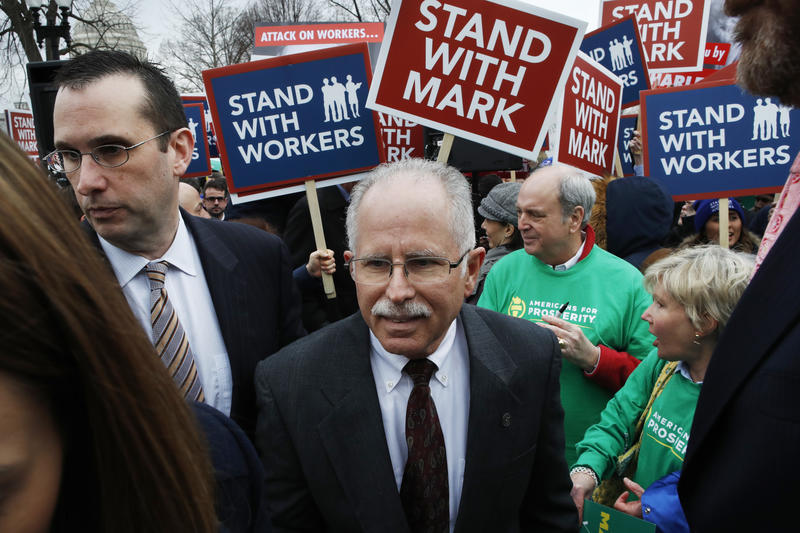 Many Australians might think "What took them so long?"

We might kid ourselves that we don't have closed union shops here.

Our situation is worse and far more damaging to workers and the economy.

There are two primary elements driving the damage to Australia:

Here's John Stossel's piece explaining what the US case is about:

And here's the Supreme Court's decision.

In the green room 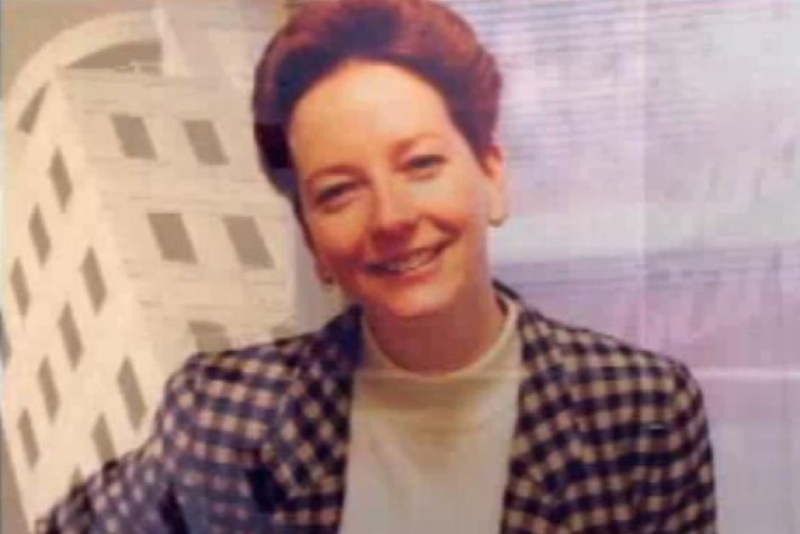 On 7 April 1992 the following advertisement appeared in The West Australian.

The declaration made by Gillard was dated the day before, 6 April 1992.

It shows categorically that she knew of the requirement to advertise her intention to seek certification and admission to practise in Western Australia - and likewise the contempt of the Supreme Court should she practice prior to that date. 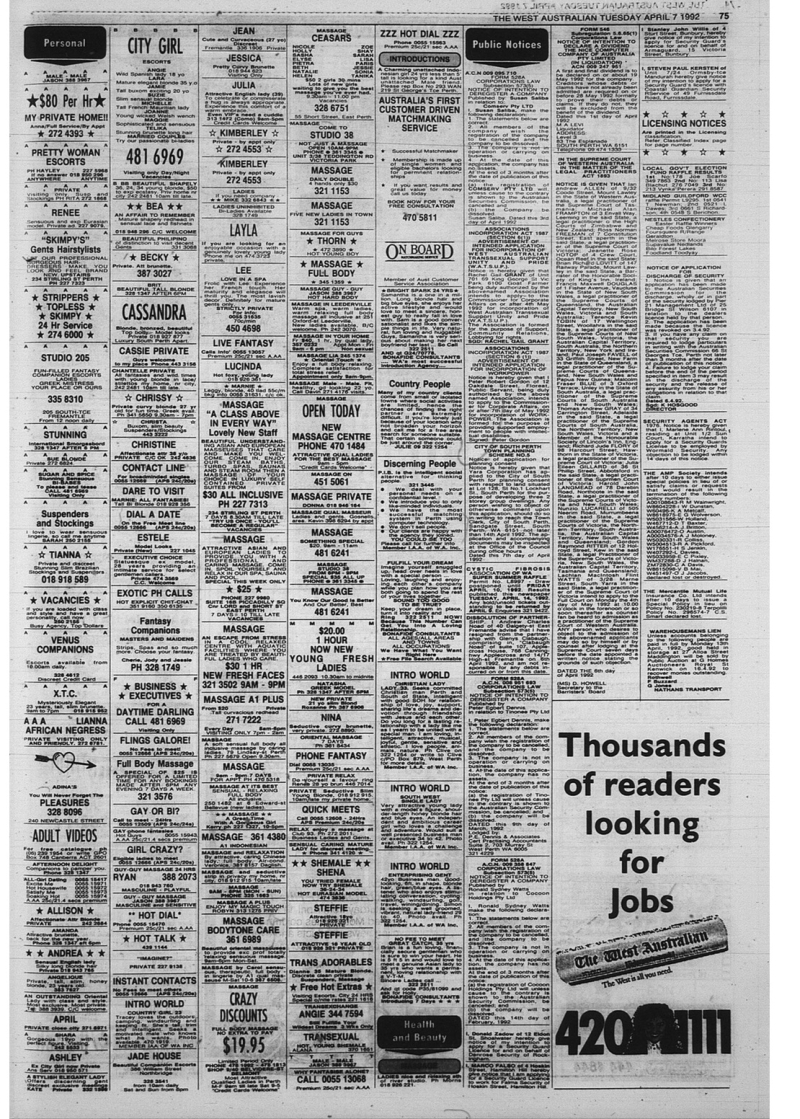 UK council wants to ban the movie Zulu. Lest We Forget. 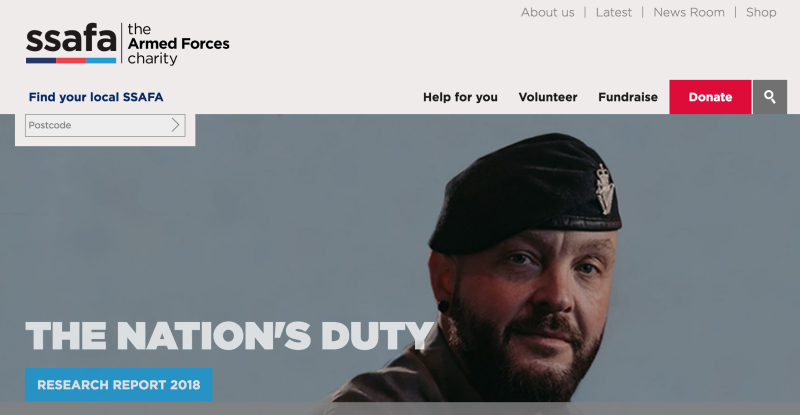 The UK's SSAFA is the Armed Forces Charity.

It has one purpose.

To relieve need, suffering and distress among the UK's veterans.

As part of its fundraising efforts, it's going to show the movie Zulu this Saturday night.

And that's where the drama begins.

Folkestone (which is where tens of thousands of Australians embarked for World War One) Council says the movie is racist.

Campaigners are calling for a charity showing of epic war film Zulu to be axed over claims it contains “racist overtones.”

The 1964 classic will be aired at Folkestone’s Silver Screen Cinema on Saturday to raise aid for armed forces charity SSAFA.

But in an open letter to Folkestone Mayor and district councillor Ann Berry some 28 people came out in protest this month.

The charity works to help improve the lives of military veterans and their families.

The letter, addressed to Cllr Berry says: “We wholeheartedly support the efforts being made to raise funds for SSAFA, the Armed Forces Charity.

“(But) we believe that the choice of the film Zulu, with its inaccurate portrayal of historical events and its distortions and racist overtones, could have a negative effect on relationships within the changing and richly diverse communities here in Folkestone.”

The letter goes on to take issue with perceived factual inaccuracies surrounding the film, including the Battle at Rorkes Drift, the film’s premise.

It continues: “However, the so-called epic story of ‘honour courage and pride’ portrayed is far from the truth about what really happened.

How about you go and get you-know-whatted Folkestone council!

Music that inspires me.

I joined the Australian Regular Army in 1978 as a 33rd class Army Apprentice at Balcombe - in my opinion the toughest proving ground for young blokes in the country.   For many of our number it was join the army or head towards a youth jail. 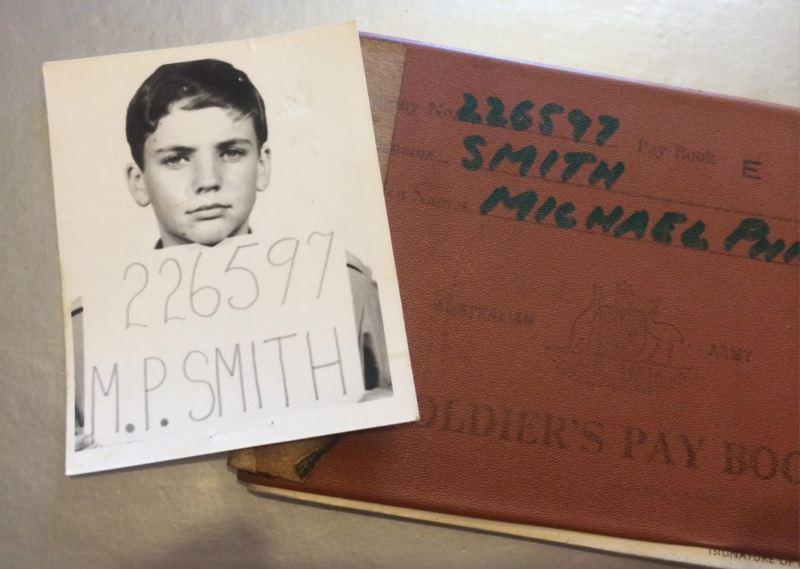 I remember to this day being marched up to the camp Cinema to watch a movie.

The idea was to show young fellas manifest discipline, belief, faith, duty, obedience, self-sacrifice and fighting to the end for what you believe in.

Zulu was based on the true story of the battle of Rorke's Drift in the Anglo-Zulu war.   Wikipedia describes it thus:

Just over 150 British and colonial troops successfully defended the garrison against an intense assault by 3,000 to 4,000 Zulu warriors. The massive, but piecemeal,[9] Zulu attacks on Rorke's Drift came very close to defeating the tiny garrison but were ultimately repelled. Eleven Victoria Crosses were awarded to the defenders, along with a number of other decorations and honours.

150 men (including support troops) with single shot weapons and bayonets fought off 3,000 to 4,000 fierce warriors who were on their home turf. This small clip will show you what I mean.

The Welsh among those British troops inspired their comrades to greatness with the power of their music.   After the surrounding  Zulus had scared the tripe out of the Brits with their non-stop chanting and fearsome songs, one of the Brtitish officers said "I think the Welsh could do better than that couldn't they?"   I always hated the idea of a bayonet or spear - I'd much rather face a bullet.   The idea of those 3,000 to 4,000 armed with iron bladed spears headed my way would have scared me witless.

"Men of Harlech march to glory, Welshmen will not yield".

Memories of the day I watched that movie and those British soldiers have stuck with me ever since.

The Welsh were poor, most of them coal miners.  No television, no radio, no cinema and little money for theatre.  What held them together was their music, their words and their voices about their nation and what it stood for.

Generations later, after the pits were closed Wales is under some economic pressure.   Many of its youth are unemployed and the usual social problems that follow unemployment are plain to see in Wales - grog, drugs, vandalism, assaults and layabouts.

How wonderful then to see this group of Welsh boys carrying on the traditions of their fathers and forebears in this beautiful clip from Britain's Got Talent.

You know my doubts about seeing this business with union corruption through.   I have some shocking days when it's hard to get out of bed and face it again.

Then I think of the Brits at Rorke's drift - men who stood their ground and fought for what they believed was right.

I know the broad thrust of what we are doing here is right.   I have made many mistakes along the way.   I hope I'm learning from them.   But something in me, something my forebears, mum and dad and this lovely Irish nun instilled in me won't let the injustice rest.

I hope you enjoyed the music.   I hope that like the Welshmen at Rorke's Drift you'll find the inner resolve in the face of ferocious and intimidating attacks - to defend the things you hold dear.

What does it mean to "..remain committed to creating mechanisms for Australians to access justice"?

When did lawyers start creating mechanisms?

I thought they had clients, gave legal advice, advocated, represented people in court, were officers of the court etc.

Sounds very much like conduct unbecoming of a lawyer.

But very Slater and Gordon.

BIG LAW
|
26 JUNE 2018
By: Emma Ryan and Jerome Doraisamy
Slater and Gordon has responded to allegations made by the ABC that it has been engaging in the controversial practice known as claim farming with several companies.

Claim farming is a practice whereby a law firm pays an agency or an individual a fee for having referred an injured person to the firm as a client. Under Australian Solicitors Conduct rules, paying for client referrals is permitted so long as it is disclosed to the client in question and does not create a conflict of interest for the lawyer.

In information it claims has been obtained from “secret internal documents”, the ABC has alleged Slater and Gordon has been paying a telephone marketing firm called PreLegal $1,290 for each new client it recruits for workplace injury and traffic accident compensation claims across Victoria, South Australia and Tasmania.

According to the ABC report, the documents show the arrangement with PreLegal generated 214 new clients for Slater and Gordon between March and June last year, “and was expected to result in more than $3 million worth of fees” for the firm.

The report also claimed that Slater and Gordon had a referral arrangement with Medibank Private, which generated in six matters for the firm between October 2016 and August 2017. In a statement, Medibank told the ABC that while it does refer customers to personal injury law firms, it does not receive commission fees for doing so.

Slater and Gordon is also alleged to have had a “referral partnership pilot” with Australia’s largest online doctor appointment booking service, HealthEngine, via a third party arrangement with Bannister Law last year.

The pilot is said to have enabled Slater and Gordon to obtain the personal details of approximately 200 HealthEngine users per month between March 2017 and August 2017.

Of these 40 became Slater and Gordon clients, yielding a projected half a million dollars’ worth of legal fees, according to the report.

The report noted that Slater and Gordon was not paying a fee for these referrals, however, the firm is said to have expected Bannister Law to charge for the referrals in the future.

Speaking to Lawyers Weekly about the various claims made by the report, a Slater and Gordon spokesperson said: “As Australia’s leading plaintiff law firm, we remain committed to creating mechanisms for Australians to access justice."

“Slater and Gordon has acted and continues to act in accordance with all its legal and ethical obligations regarding its marketing activities. We confirm that neither we nor anyone on our behalf is engaged in ‘claims farming’."

"We are not prepared to disclose or discuss the commercial relationships we have with other parties and provide confidential and commercially sensitive information.”

In lieu of a fee, the writer requested a donation to the SAS Association Wandering Warriors

He can add the title 'published author' to his CV, courtesy of The West Australian newspaper. 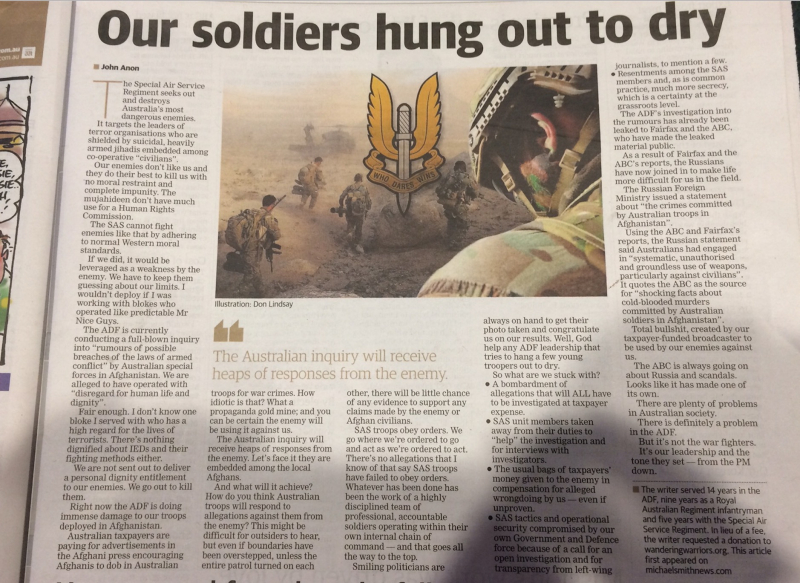 You can help the SAS Association in its work helping our returned warriors. 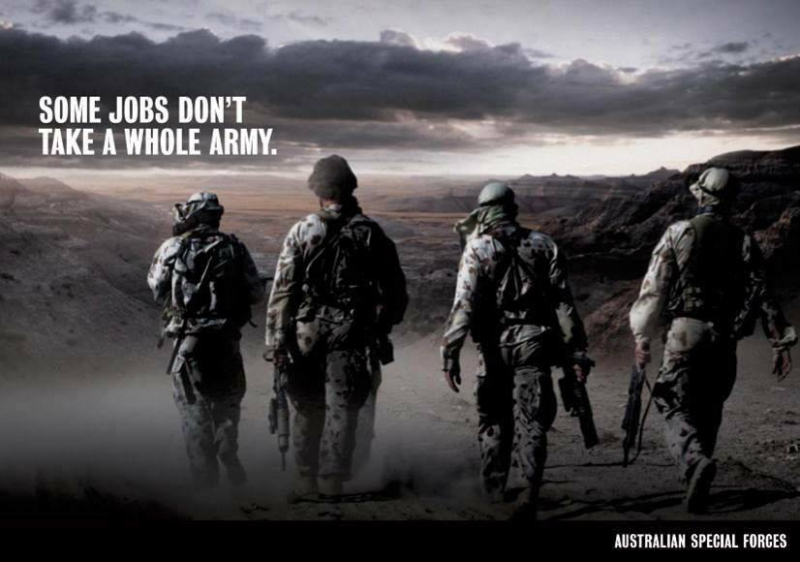 "What I did is I provided legal advice as a solicitor".

...it was in contempt of the WA Supreme Court.

What does all of this mean for Ms Gillard?

Her claims that she was acting as a solicitor engaged by her clients Blewitt and Wilson to provide legal advice in the incorporation of the AWU Workplace Reform Association are false. 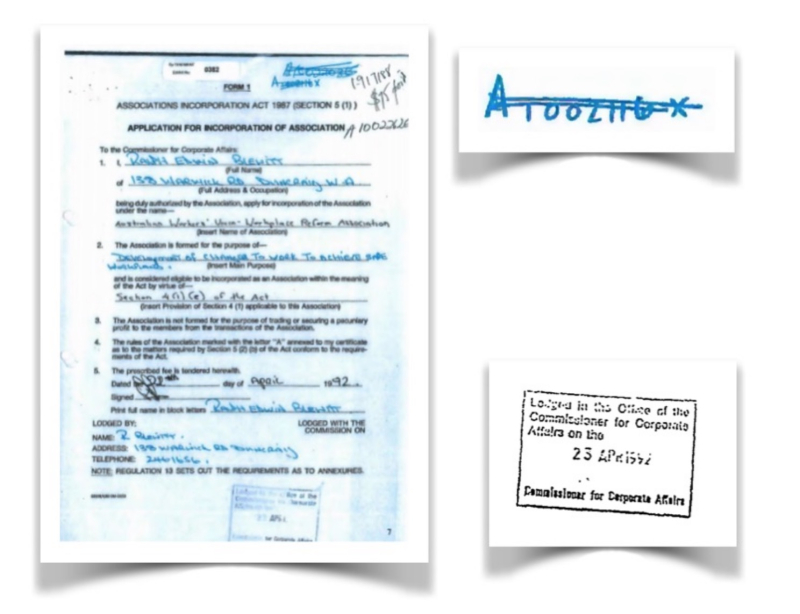 She was not an arm's length lawyer.  She was a participant in the conspiracy.

I'll have more to say about this in Perth tomorrow.