Transparency International’s landmark annual report has put Australia in 13thplace. The Corruption Perceptions Index (CPI) is the most widely used indicator of corruption worldwide. It assesses the level of public sector corruption in each of the world’s 180 countries according to data sources from expert independent institutions.

‘Australia used to rank among the top ten least-corrupt countries. We fell out of the league of world-leading nations back in 2014 and continuously fail to lift our game.

‘The perception of experts mirror that of ordinary Australians: our survey found an alarming level of declining trust in our elected representatives. 85 per cent of Australians now think at least “some” federal politicians are corrupt.

‘Despite these worrying downward trends, Australia has not done enough to inject much-needed accountability and transparency into our politics.

‘The theme of this year’s CPI report focuses on democracy because of the strong correlation between corruption and autocracy. When our democratic institutions are transparent and accountable, our democracy is healthy and robust.

‘The strong message that resonates throughout Transparency International’s analysis is that to control corruption, governments the world over need to strengthen the institutions that provide democratic checks and balances and protect people’s rights.

‘Strengthening our democracy must be a priority for 2019. It is great that most of our parliament now supports some form of national anti-corruption agency, but theGovernment’s proposed model does not go far enough. The National Integrity Bills proposed by Cathy McGowan MP provide a more comprehensive and coordinated approach to addressing issues of parliamentary integrity and preventing, detecting, investigating and disclosing corruption.’

‘Now is the time, without delay and political wrangling, for our Federal Parliament to come together and create a well-resourced, nationally coordinated pro-integrity framework, with an emphasis on prevention alongside strong investigative powers.’

For more information on Transparency International Australia’s views on best practice for a national anti-corruption and integrity framework, please find our recent submission to the National Integrity Commission bills.

Marvellous memories of my childhood in almost every line here - with thanks to the Auburn-Lidcome Heritage group. 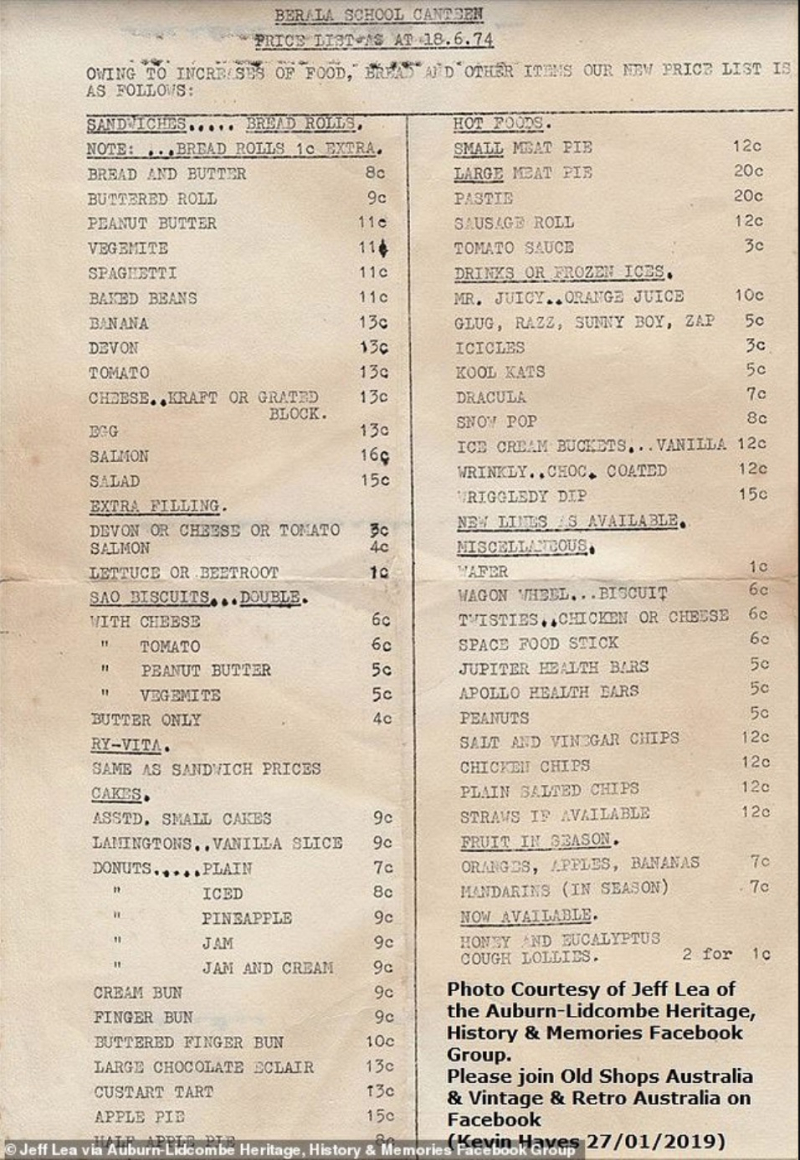 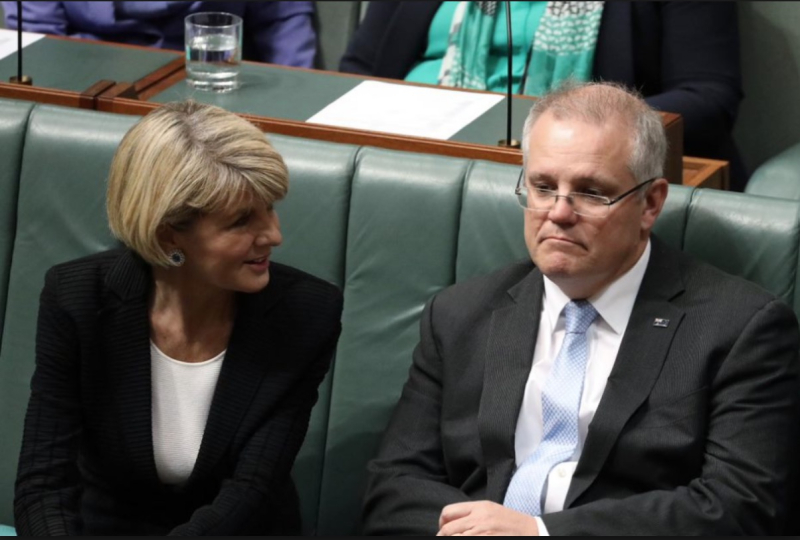 On Brisbane's 97.3 this morning - asked about Turnbull, "It was a very difficult year for him, obviously last year, and people know I gave him great support. I wish him and Julie, sorry, I wish him and, um, all the best for next year, for this year".

Bill Shorten wants you to know he's back to making school lunches.

Man of the people. 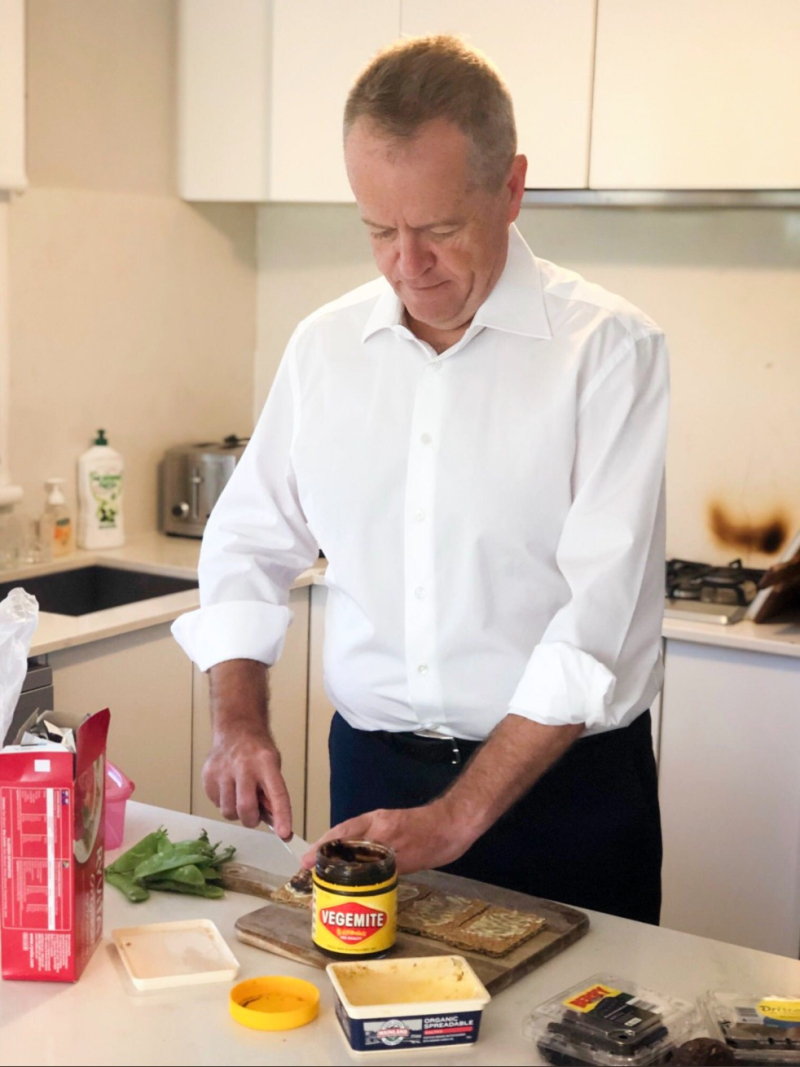 Why is Stuart Robert the Assistant Treasurer? He wouldn't cut it as a day one sales rep.

I can't imagine a sales manager sending a young sales rep out to see clients if the young fella was as hopeless as Stuart Robert.

The headline facts about jobs, tax and the economy aren't difficult facts to master - and this bloke is the Assistant Treasurer.

Keeping him in place makes the Morrison Government look like it doesn't care.

The US has delivered a blistering warning about China’s campaign to undermine the West and its bullying of Pacific island nationshttps://t.co/7Sd09VlQEt

Dan Coats, the US Director of National Intelligence presented his annual threat assessment report to Congress a short time ago - here is his speech:

And this is the strategy report.  It delivers a frightening warning about Chinese ambitions, particularly in the Pacific region.

It's sickening to think of the cabal of Australian politicians who've sucked up to and delivered for their Chinese funders.

National Intelligence Strat... by on Scribd

Sadly no mention of Australia in either the speech or the report - and no mention of Islam, only generic warnings about "non-state players" and transnational terrorists.

And who features in pride of place of Huawei's front page? 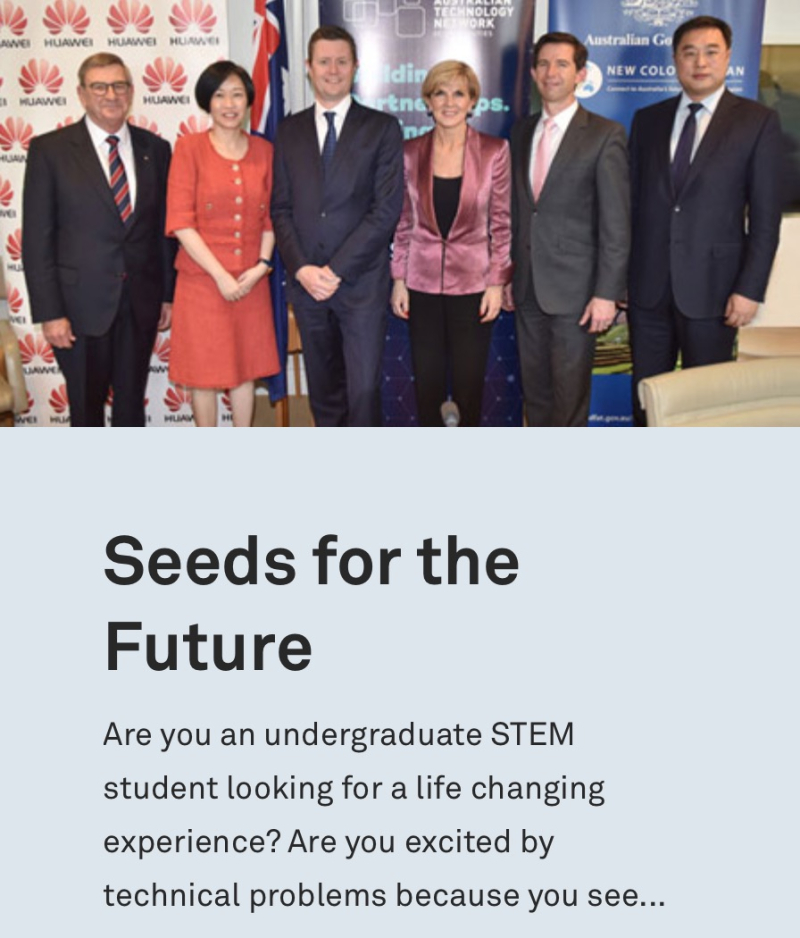 No surprise really - Huawei and Ms Bishop go way back. 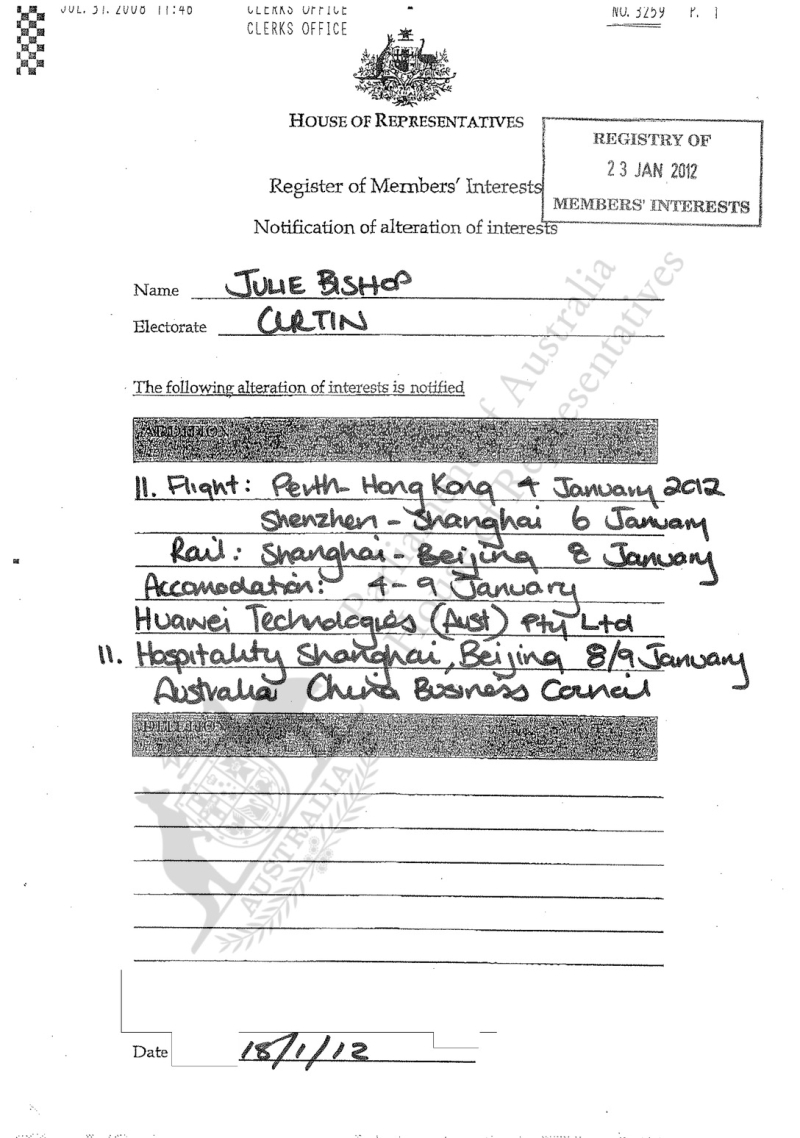 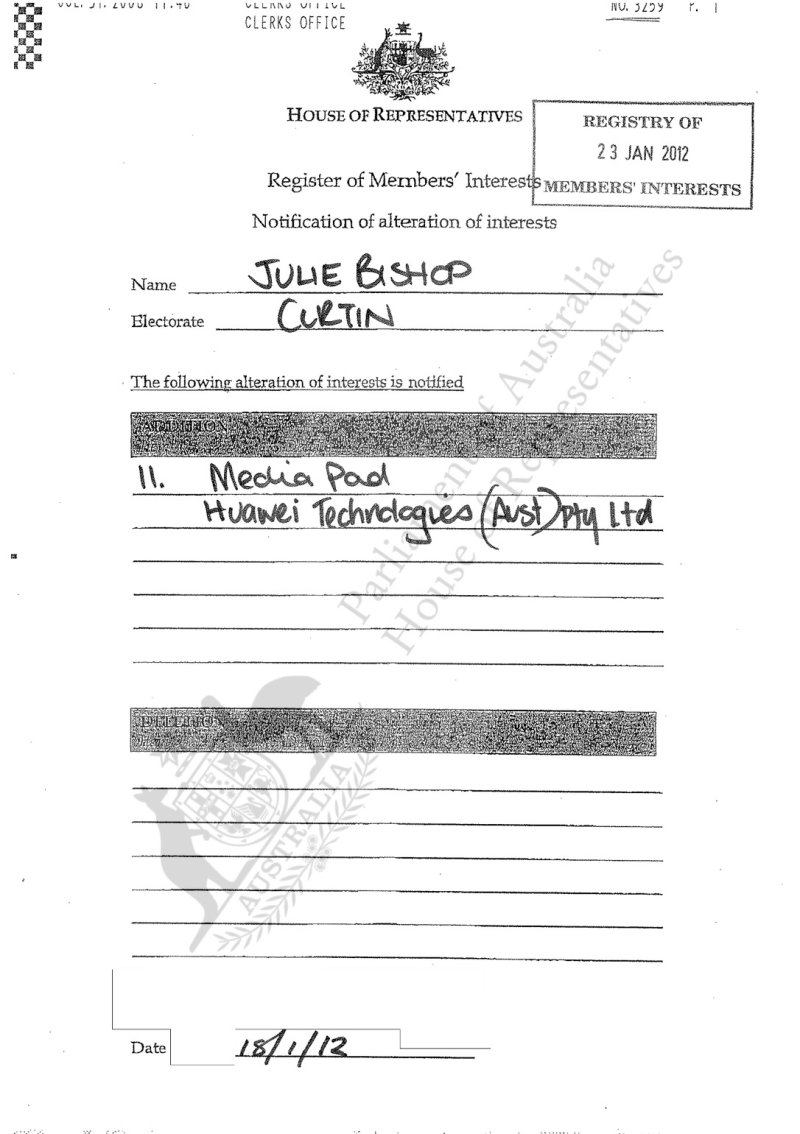 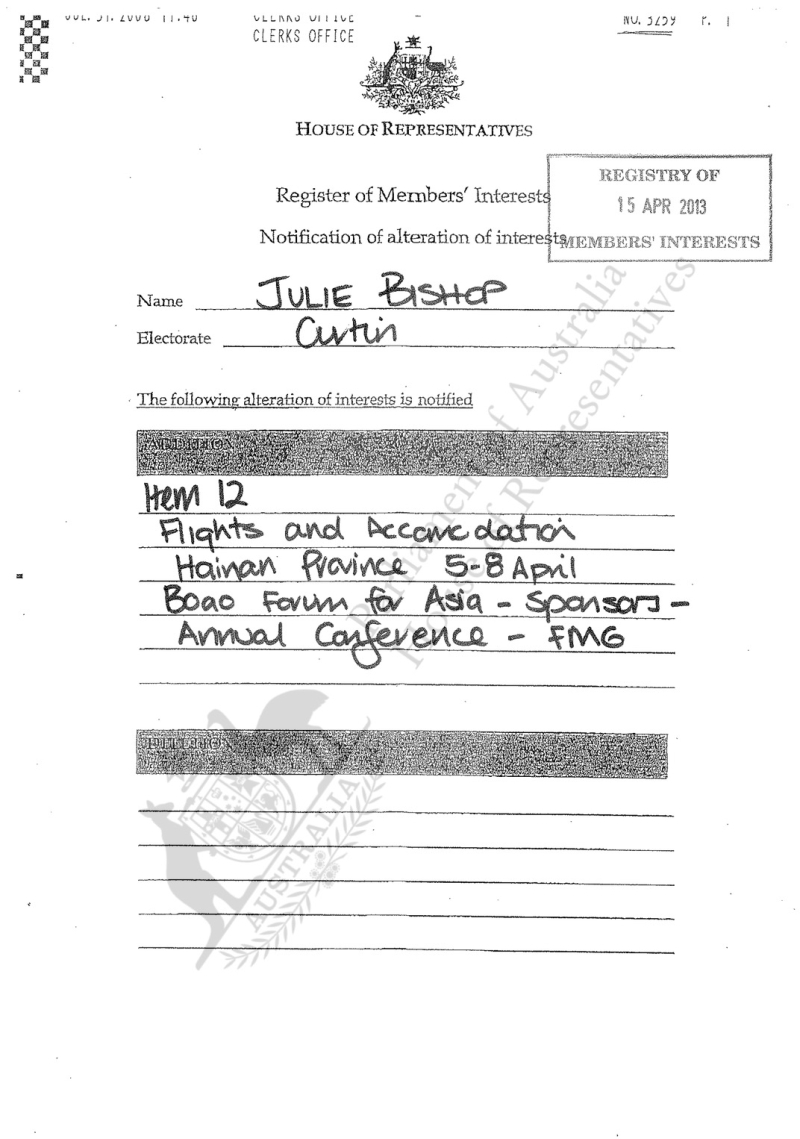 No surprise given her Liberal predecessor Alexander Downer was a director of the Huawei board - along with Labor luminary John Brumby. 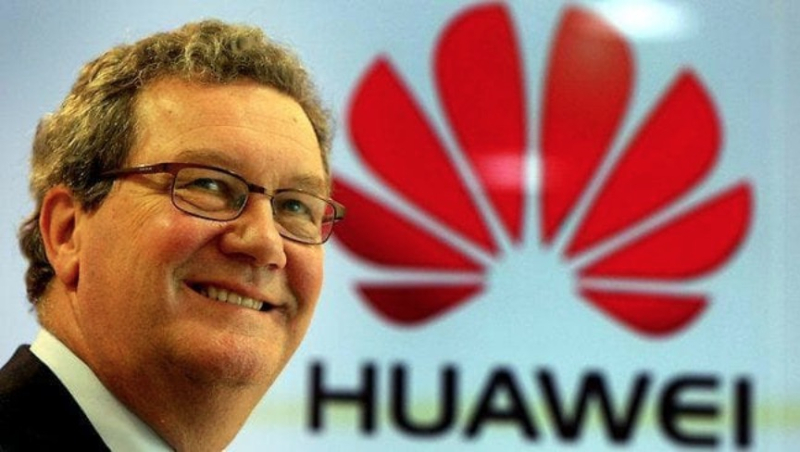 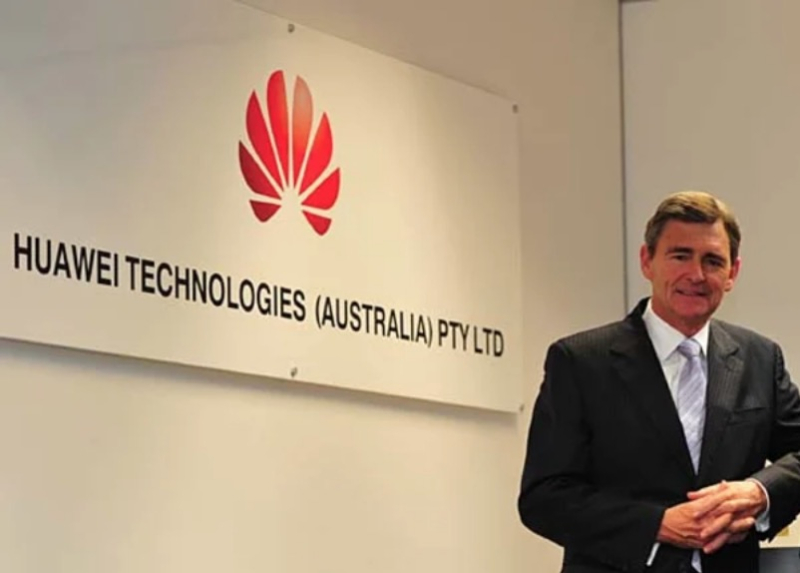 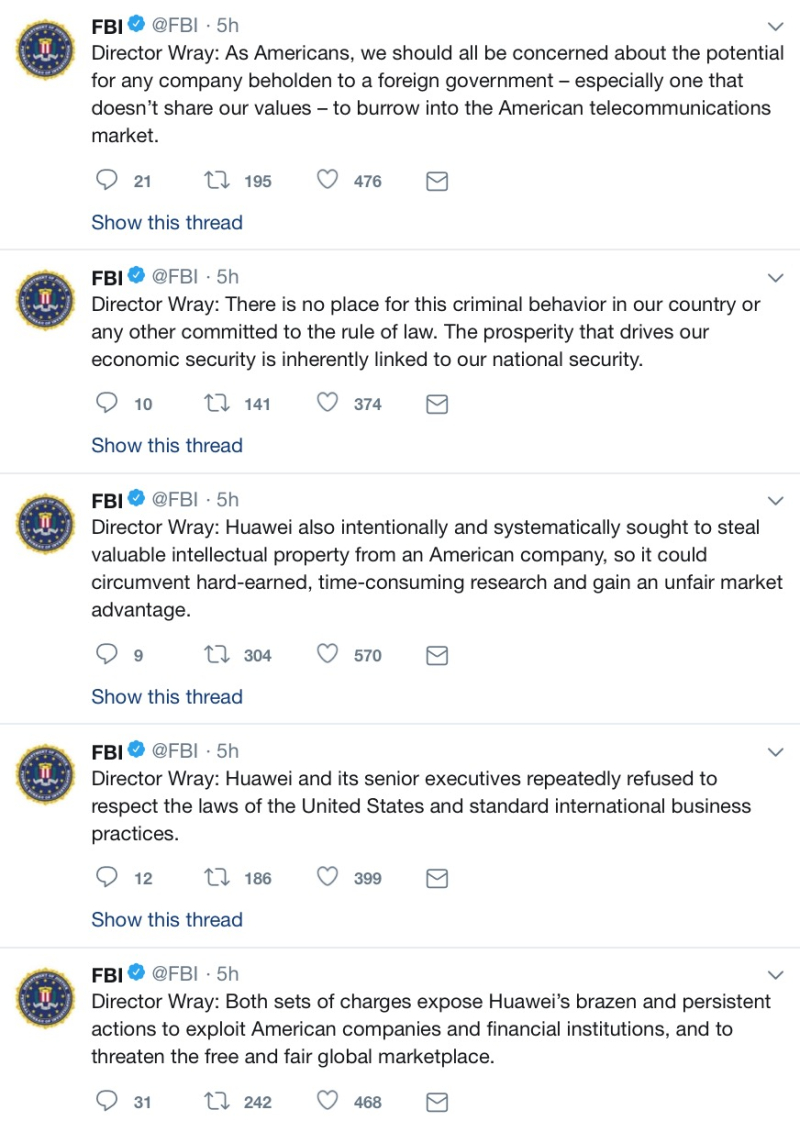 This comes to us from the FBI's very newsy website. Chinese telecommunications equipment manufacturing giant Huawei Technologies Co., LTD has been charged with bank fraud, wire fraud, conspiracy to defraud the United States, and theft of trade secrets, among other crimes, in indictments unsealed today by United States Attorneys Offices in the Eastern District of New York and the Western District of Washington.

“The charges unsealed today are the result of years of investigative work conducted by the FBI and our law enforcement partners,” FBI Director Christopher Wray said today at a Department of Justice press conference announcing the indictments. “Both sets of charges expose Huawei’s brazen and persistent actions to exploit American companies and financial institutions and to threaten the free and fair global marketplace.”

The Eastern District of New York charged Huawei, two of its affiliates, and Chief Financial Officer Meng Wanzou with 13 counts surrounding the company’s misrepresentations to the U.S. government and four financial institutions regarding its business in Iran. The indictment charges that the company used financial institutions operating in the United States to process transactions involving millions of dollars in furtherance of Huawei’s Iran-based business. These transactions and the company’s false statements about them violated U.S. laws, including the International Emergency Economic Powers Act.

The additional 10 charges out of Washington state alleged that employees at Huawei Device Co. and Huawei Device USA, Inc. worked to steal the details of an innovative and proprietary tool built by T-Mobile to test the performance of new mobile phones prior to launch. According to the indictment, Huawei employees who were granted limited access to T-Mobile’s Tappy Robot System stole information about the technology in violation of nondisclosure and confidentiality agreements, and then sought to cover up their actions.

“The FBI does not—and will not—tolerate businesses that violate our laws, obstruct our justice, and jeopardize our national security.”

Wray expressed his gratitude to the FBI personnel who were instrumental in building the case and to partners at the Departments of Commerce and Homeland Security. He also recognized efforts by Canadian law enforcement officials.

“These cases make clear,” Wray stressed, “that, as a country, we must consider carefully the risk that companies like Huawei pose if we allow them into our telecommunications infrastructure. The FBI does not—and will not—tolerate businesses that violate our laws, obstruct our justice, and jeopardize our national security.”

And this is the US Department of Justice's statement.

Chinese Telecommunications Device Manufacturer and its U.S. Affiliate Indicted for Theft of Trade Secrets, Wire Fraud, and Obstruction Of Justice

A 10-count indictment unsealed today in the Western District of Washington State charges Huawei Device Co., Ltd. and Huawei Device Co. USA with theft of trade secrets conspiracy, attempted theft of trade secrets, seven counts of wire fraud, and one count of obstruction of justice.  The indictment, returned by a grand jury on January 16, details Huawei’s efforts to steal trade secrets from Bellevue, Washington based T-Mobile USA and then obstruct justice when T-Mobile threatened to sue Huawei in U.S. District Court in Seattle.  The alleged conduct described in the indictment occurred from 2012 to 2014, and includes an internal Huawei announcement that the company was offering bonuses to employees who succeeded in stealing confidential information from other companies.

“Today we are announcing that we are bringing criminal charges against telecommunications giant Huawei and its associates for nearly two dozen alleged crimes” Acting Attorney General Matthew G. Whitaker said.  “As I told Chinese officials in August, China must hold its citizens and Chinese companies accountable for complying with the law.  I’d like to thank the many dedicated criminal investigators from several different federal agencies who contributed to this investigation and the Department of Justice attorneys who are moving the prosecution efforts forward. They are helping us uphold the rule of law with integrity.”

“The charges unsealed today clearly allege that Huawei intentionally conspired to steal the intellectual property of an American company in an attempt to undermine the free and fair global marketplace,” said FBI Director Wray. “To the detriment of American ingenuity, Huawei continually disregarded the laws of the United States in the hopes of gaining an unfair economic advantage. As the volume of these charges prove, the FBI will not tolerate corrupt businesses that violate the laws that allow American companies and the United States to thrive.”

“This indictment shines a bright light on Huawei’s flagrant abuse of the law – especially its efforts to steal valuable intellectual property from T-Mobile to gain unfair advantage in the global marketplace,” said First Assistant U.S. Attorney Annette L. Hayes of the Western District of Washington.  “We look forward to presenting the evidence of Huawei’s crimes in a court of law, and proving our case beyond a reasonable doubt.  Fair competition and respect for the rule of law is essential to the functioning of our international economic system.”

According to the indictment, in 2012 Huawei began a concerted effort to steal information on a T-Mobile phone-testing robot dubbed “Tappy.”  In an effort to build their own robot to test phones before they were shipped to T-Mobile and other wireless carriers, Huawei engineers violated confidentiality and non-disclosure agreements with T-Mobile by secretly taking photos of “Tappy,” taking measurements of parts of the robot, and in one instance, stealing a piece of the robot so that the Huawei engineers in China could try to replicate it.  After T-Mobile discovered and interrupted these criminal activities, and then threatened to sue, Huawei produced a report falsely claiming that the theft was the work of rogue actors within the company and not a concerted effort by Huawei corporate entities in the United States and China.  As emails obtained in the course of the investigation reveal, the conspiracy to steal secrets from T-Mobile was a company-wide effort involving many engineers and employees within the two charged companies.

As part of its investigation, FBI obtained emails revealing that in July 2013, Huawei offered bonuses to employees based on the value of information they stole from other companies around the world, and provided to Huawei via an encrypted email address.

The charges contained in the indictment are only allegations.  A defendant is presumed innocent unless and until proven guilty beyond a reasonable doubt in a court of law.  The maximum statutory sentence is prescribed by Congress and is provided here for informational purposes.  If convicted of any offense, the sentencing of the defendants will be determined by the court based on the advisory Sentencing Guidelines and other statutory factors.

The case is being investigated by the FBI.  The case is being prosecuted by Assistant U.S. Attorneys Todd Greenberg and Thomas Woods of the Western District of Washington, with assistance from the Department of Justice’s National Security Division’s Counterintelligence and Export Control Section.

Thanks to reader ZS for the tip. 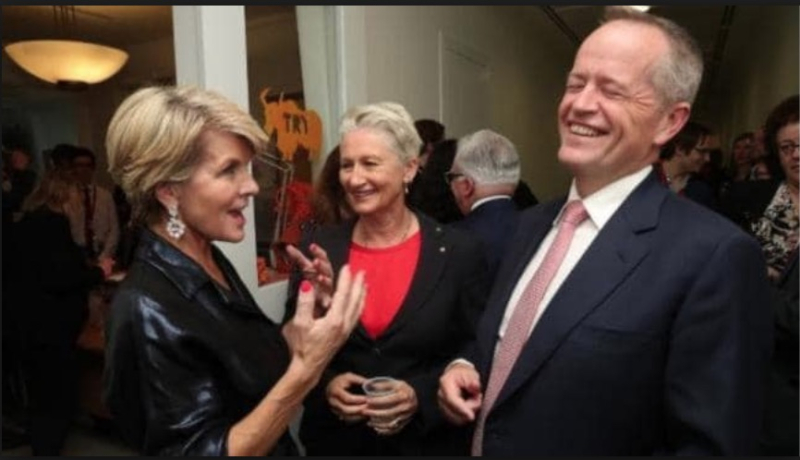 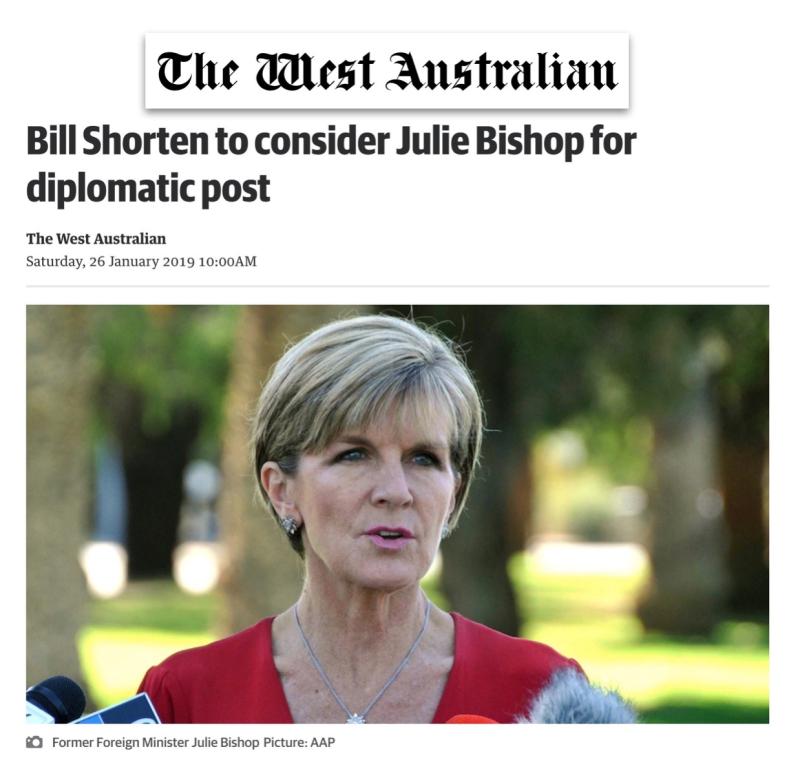 Julie Bishop’s chances of a plum diplomatic post overseas — if and when she quits Federal politics — have improved, courtesy of one of her most bitter rivals.

Opposition Leader Bill Shorten said yesterday he would consider current and former senior Liberal MPs when filling prominent roles if he were to become prime minister.

Ms Bishop has been mooted as a candidate for an overseas role post-politics as rumours about her future beyond this year’s election have swirled.

Made for each other. 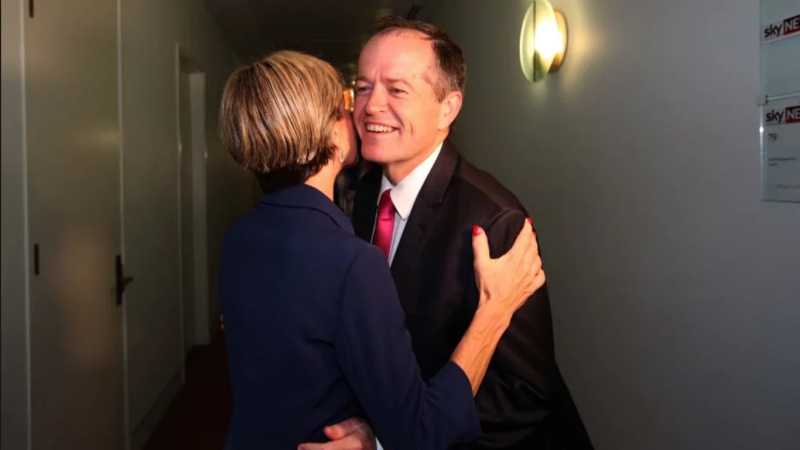