This is a bio for Liz Conor posted by the University of Melbourne. 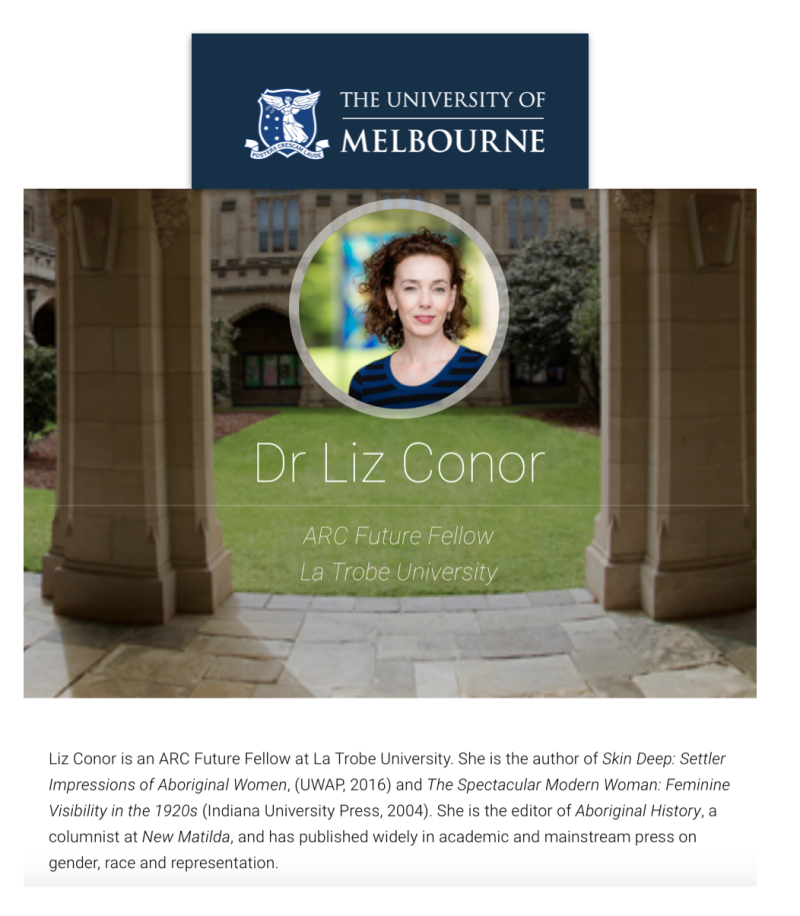 Liz is quite the taxpayer funded academic and author.

Here are Liz and friends with a message (language warning) for President Trump, Scott Morrison and Boris Johnson - presumably there's a message in there about democracy too.

And here is a very special family Xmas message from Australia to #PresidentTrump and #PrimeMinisterScottMorrison #Trump #Scomo. You might as well have it too #BorisJohnson pic.twitter.com/lcmc3ePIUj

"Cricket can really no longer accept to take money from coal and gas companies who are part of the problem and not part of the solution," Dr Sinclair said.

Position Vacant: ABC searching for someone to write “Climate change will kill puppies”. Gradually eroding any last semblance of respectability. 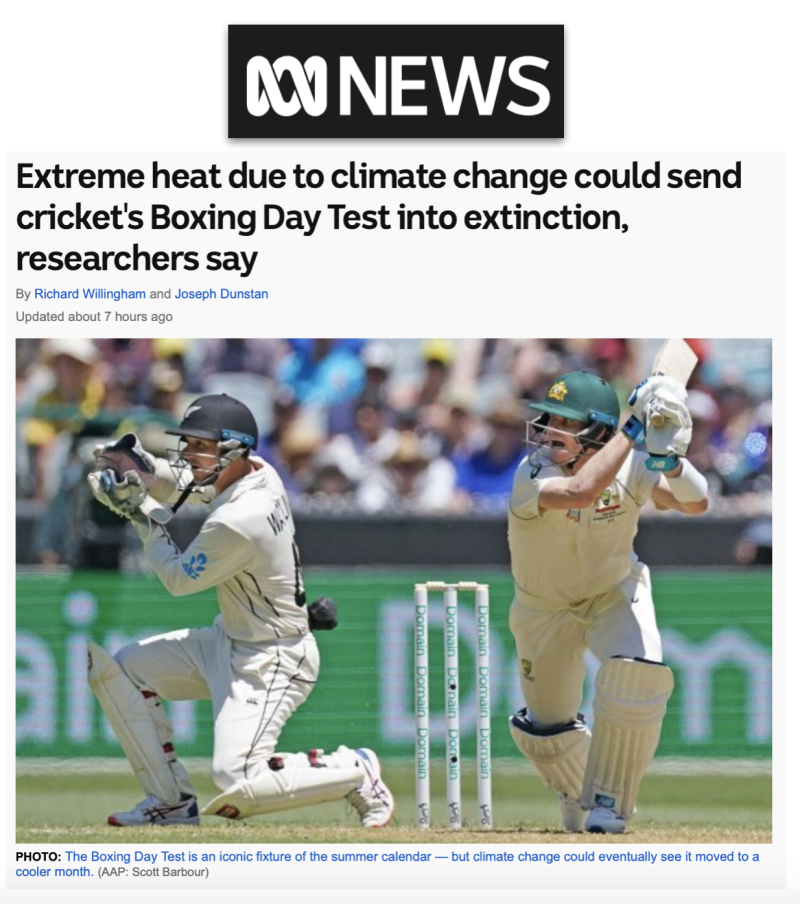 The Boxing Day Test may need to be moved to November or March in the future to avoid extreme heat, which is a danger to players and cricket fans, a new report has suggested.

The study, commissioned by the Australian Conservation Foundation (ACF), urges Cricket Australia to use its prominence to push for greater climate action and do more to look after player and spectator welfare.

The report said that under business-as-usual emissions, Australian summers would only get hotter, with more days over 35C in December in the next 40-60 years.

Meanwhile, the "shoulder months" of November and March are expected to heat up to become as warm as recent Decembers.

"Despite the extensive heat management resources available to professional teams, continuing to play the Boxing Day Test in its current format at the end of December will expose players and fans to unprecedented levels of extreme heat,'' the report said.

"If no effective climate mitigation action is taken, consideration should be given to moving the Melbourne Test to the shoulder season."

Traditionalists will be stumped by other options bowled up, including moving the Boxing Test to a day/night fixture or playing a morning session before coming back later in the evening.

"These projections also raise red flags for grassroots competitions, many of which lack access to effective or scalable heat management resources,'' the report said.

Heat stress is a growing concern, and while Test players receive constant medical monitoring, the same resources are not available for local community sporting clubs.

Over the past 40 years, the north-west Victorian city of Mildura's average daytime January temperature has increased by 2.7C. Recently it endured three days over 40C, with last Saturday's round of games cancelled.

Games in the Red Cliffs Cricket Association have been shortened and the association's Peter Kelly said the association had been forced to become "a little bit more creative" in finding solutions to the likelihood of more days of extreme heat.

He said the association had enjoyed some success running games at night when it was cooler and running training sessions in the local swimming pool to try and prevent heat stress.

Dust storms are also a unique challenge for the region, forcing the cancellation of games when visibility gets too poor.

"It's something we really need to keep our eye on from cricket," Mr Kelly said.

Offsiders columnist Richard Hinds has his say on how extreme weather events are imposing on the game.

"Because we want to be encouraging people to play cricket, we're saying that we're being flexible and adaptable to make sure that we're still doing that."

He said he would be happy to see Cricket Australia making more noise about the impact climate change was having on the sport.

"For the safety of the people they're representing I think they need to be able to be more outspoken and making sure that they're pushing the safety of players and that, and the encouragement," he said.

"It's pretty hard to convince a young mum to bring her kids along to cricket if it's going to be a hot lot of weather right through that period".

Pressure on Cricket Australia to speak out

In a statement, Cricket Australia — which published a heat stress policy last year — said it hoped to roll out a more comprehensive sustainability policy next year.

"We acknowledge that a more holistic approach to sustainability is required to achieve greater progress to build cricket's leadership in sustainability and lessen the impact of climate change on the natural environment," the statement said.

"Developing practical frameworks, committing to targets and standing for meaningful and lasting change are ways we can create a legacy to significantly impact policy and action through the game from our national teams and community cricket."

"Cricket is one of those sports that is most vulnerable to those extreme weather events," he said.

"Cricket Australia should stop being silent and being a spectator on climate change. It should get in the game and be a climate champion for action to cut pollution from coal and to get onto clean energy."

Dr Sinclair — who is also the president of the Youlden Parkville Cricket Club in Melbourne — said while professional players were supported by teams that had the resources to manage extreme heat, that was not the case for community clubs.

"It's at the grassroots level that a lot of the impacts of climate change will be felt the most and that's where we need strong action from Cricket Australia to use its powerful voice to get national and international action."

Dr Sinclair suggested one move that could be considered by Cricket Australia was to leverage funding to help community clubs install clean energy projects at their grounds.

He also called on Cricket Australia to cut its commercial sponsorship ties with gas and power company Alinta Energy, which the report stated was Australia's seventh-largest greenhouse gas polluter.

"Cricket can really no longer accept to take money from coal and gas companies who are part of the problem and not part of the solution," Dr Sinclair said.

Now why might the government be embarrassed about this?

The Government’s ageing COMCAR fleet of Holden Caprice sedans will be replaced with a fleet of new vehicles that will save taxpayers $100,000 each year and are more environmentally-friendly.

The Department of Finance conducted a competitive assessment of 18 possible replacement vehicles.

Each vehicle was assessed against the Australian Government Fleet Vehicle Selection Policy, balancing value for money (including whole of life costs), vehicle safety, suitability and security (fit for purpose) and environmental considerations.

The 18 vehicles assessed by the Department of Finance for possible use in the COMCAR fleet included a combination of sedans and SUVs as well as a mixture of petrol, diesel, hybrid and fully electric vehicles.

The initial assessment process identified a shortlist of seven potential vehicles for inclusion in a thorough competitive evaluation trial process, which involved a mix of sedans and SUVs from Hyundai, BMW, Toyota and Mercedes.

A hybrid vehicle (the Toyota Camry) was also included.

Agencies including the AFP Close Personal Protection Operations Unit and the Department of Prime Minister and Cabinet Protocol and International Visits Division participated in the assessment process during the competitive evaluation trial.

Based on the outcomes of the competitive evaluation trial the Department of Finance determined that the best most appropriate option was to replace the current COMCAR fleet with a mixed fleet of Toyota Camry Hybrid sedans and BMW 6 series GT sedans.

The BMW 6 Series GT sedan received the highest overall score in the competitive evaluation trial and was assessed as the most suitable vehicle to replace the Holden Caprice.

Both the AFP Close Personal Protection Operations Unit and the Protocol and International Visits Division of the Department of Prime Minister and Cabinet identified the BMW 6 series GT sedan as the preferred model following their relevant assessments.

According to the Department of Finance’s trial evaluation report, the new fleet arrangement provides significant savings on fuel and maintenance costs and will save $100,000 per year.

The fleet will also have a significantly reduced environmental footprint with the Toyota Camry Hybrid sedan using a combination of stored electricity and E10 petrol and the BMW 6 Series GT sedans using an economical diesel engine.

In comparison to the Caprice and other vehicles in the trial, the BMW is more fuel efficient and is a lower emission option. The BMW is also the only vehicle that allowed for wireless integration of the COMCAR Automated Resource System as opposed to needing to retrofit vehicles.

The Toyota Camry Hybrid was assessed as highly suitable for the delivery of business as usual activities like the parliamentary shuttle. Due to the nature of the trips in Canberra (short distances and duration) these vehicles were deemed suitable for this purpose. Once fully implemented more than half of the COMCAR fleet in Canberra will be hybrid vehicles.

The smaller COMCAR fleets in other States and Territories will all be BMW 6 Series GT sedans.

The colour of the COMCAR fleet will change from white to dark grey. This provides for a more contemporary looking fleet, which will better align with vehicles from other agencies supporting Guest of Government services and major events programs and is expected to provide good resale opportunities at end of lease.

The new vehicles will transition into the COMCAR fleet as existing Holden Caprice leases expire. COMCAR expects the vast majority of the fleet to transition to occur by mid-2020, with remaining vehicles to transition upon lease expiry.

COMCAR is the Commonwealth’s provider of car-with-driver services to a wide range of clients, including the Governor-General, the Prime Minister, Senators and Members of the House of Representatives, the Federal Judiciary and Heads of Commonwealth Agencies.

COMCAR also provides ground transport services to visiting Guests of Government and at large international events, such as APEC, G20 and the Commonwealth Games.

Tulsi was great at Christmas 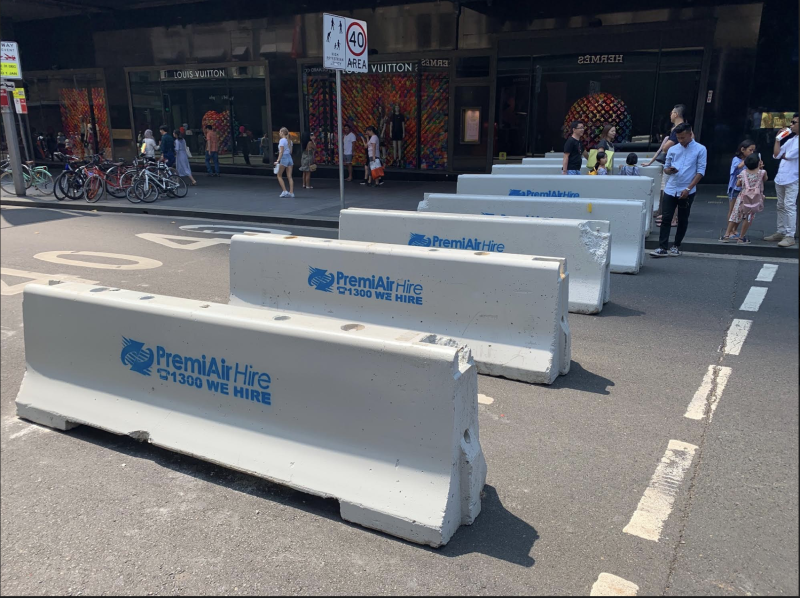 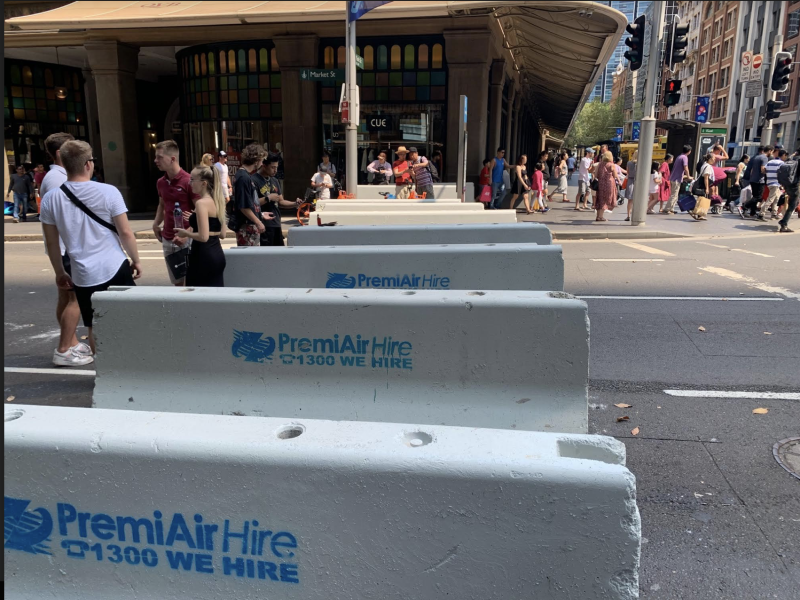 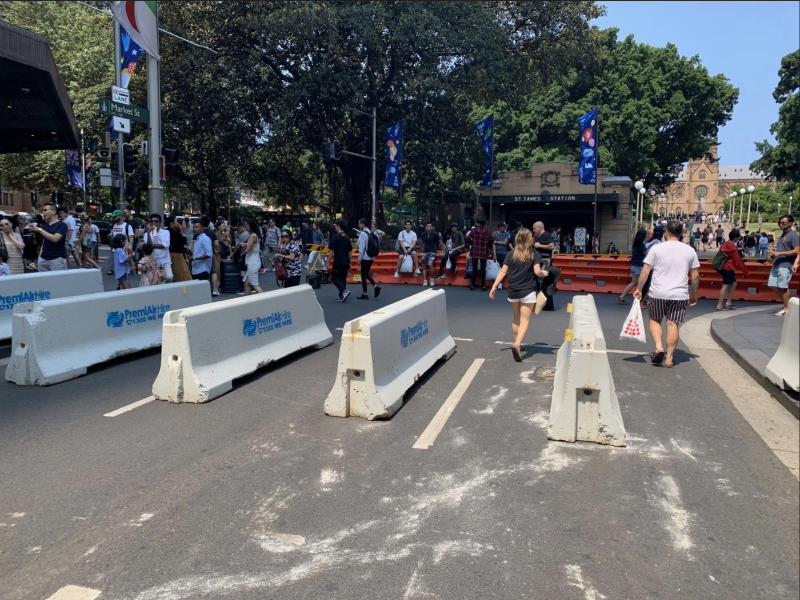 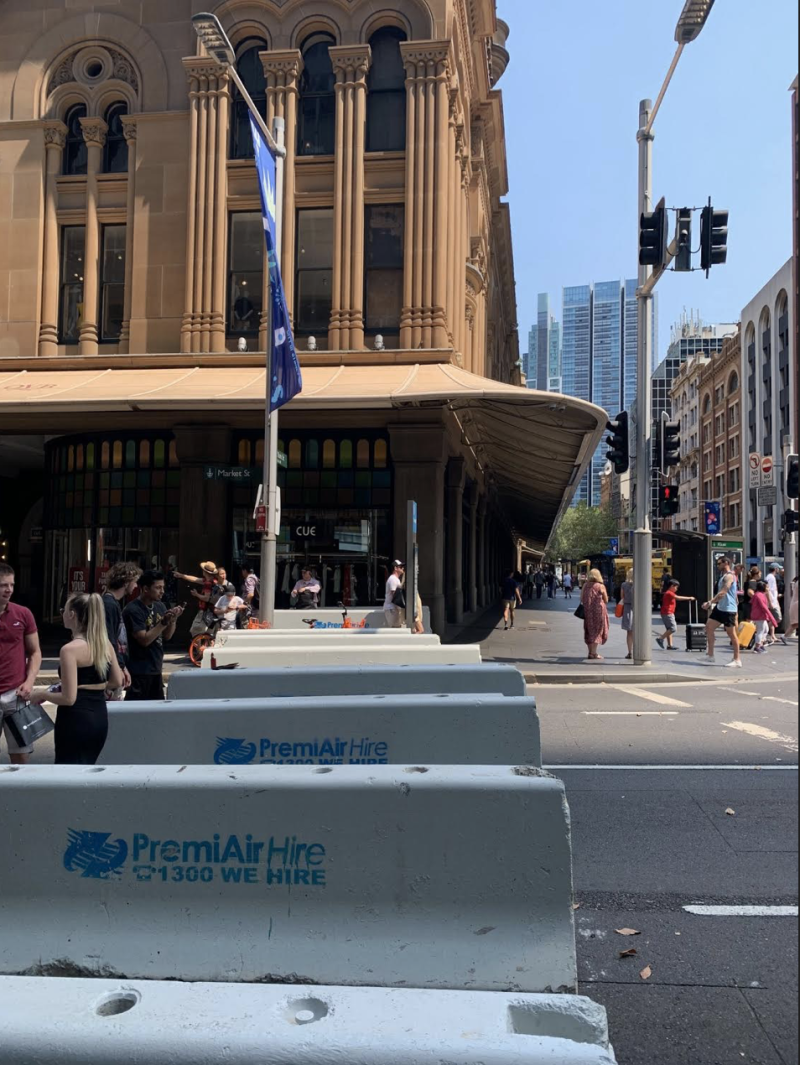 Her Majesty The Queen's Christmas message

Why are we funding this mob? 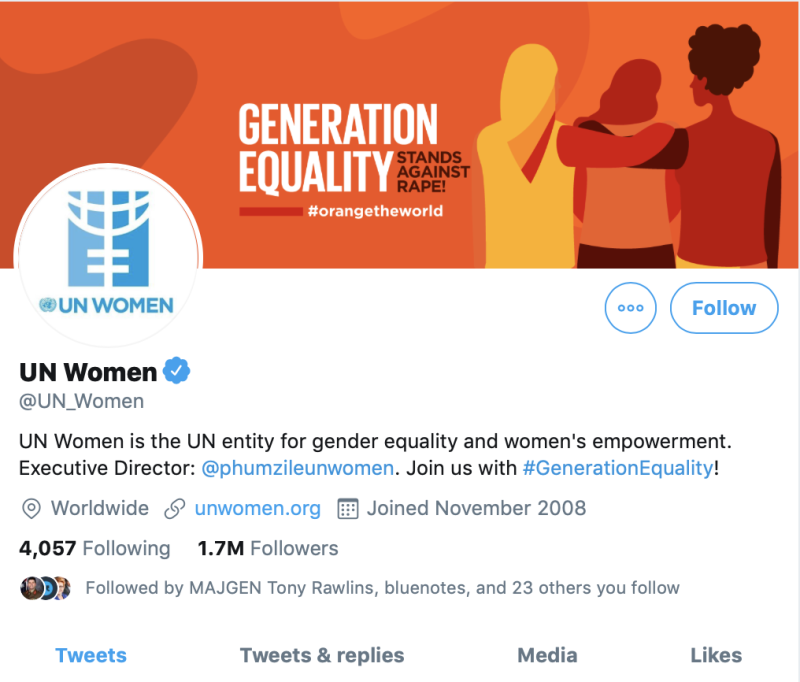 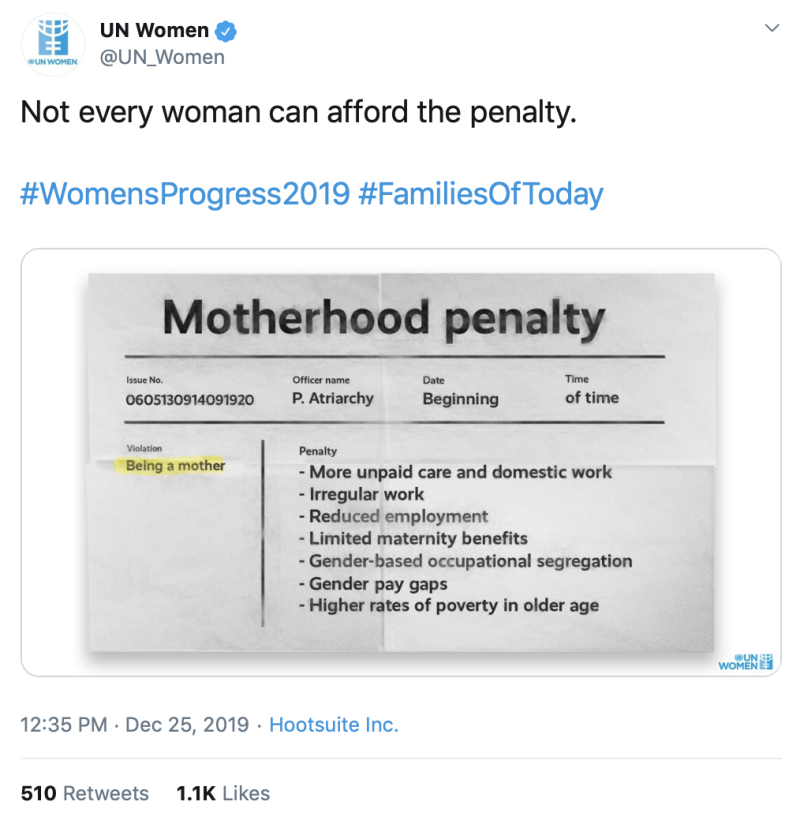 Whoever you are, wherever you are, and however you’re celebrating, have a very happy Christmas, and I’ll see you all again in the New Year. pic.twitter.com/h6xcxSUszv