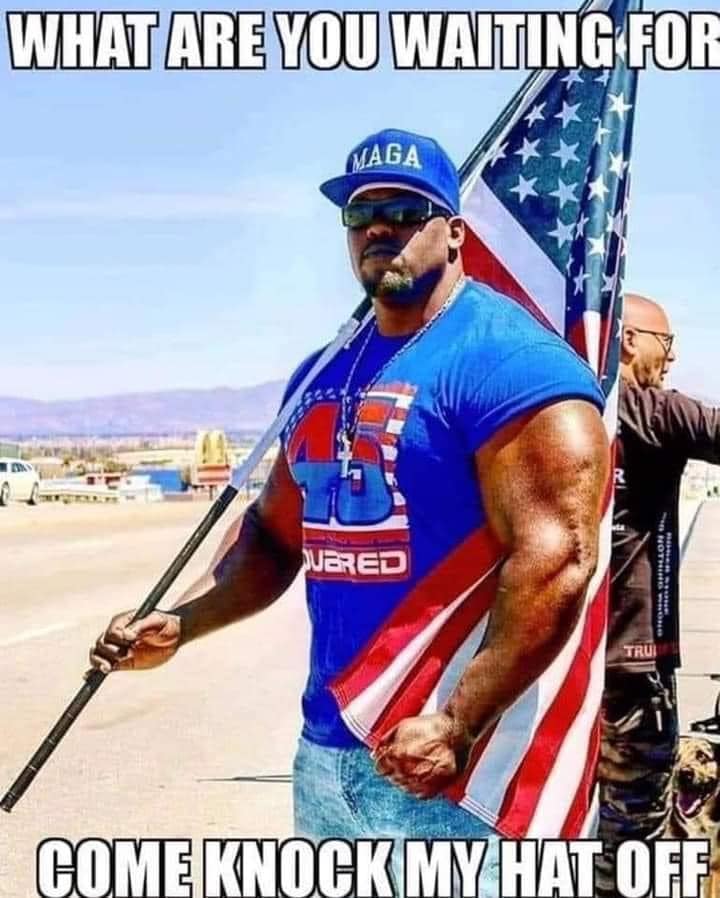 Thanks to our mate Tim Andrews for this letter. 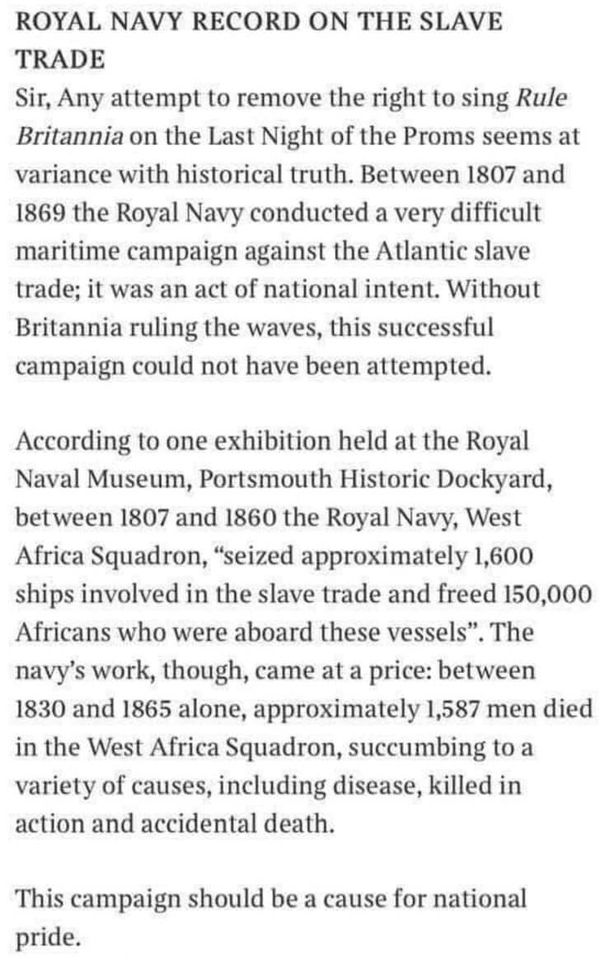 Quick reminder of the quality of people we are letting into Australia.

Mr Masked Gunman could do with a bit more time at the range.

EXCLUSIVE: Security vision has emerged of the moment a man was shot in broad daylight in a suburban street in Turella, in southern Sydney. @laurakatebanks #7NEWS pic.twitter.com/XQtLCkUMMN

From The Australian today:

The Australia logo attacked for looking like the coronavirus has been quietly dropped and is being “redesigned” by the Morrison government.

After taxpayers forked out $10m for a design project overseen by a prestigious board of Australians, including mining magnate Andrew Forrest, Atlassian tech entrepreneur Mike ­Cannon-Brookes and Qantas CEO Alan Joyce, The Australian can reveal it is being “reworked” although it will continue to use the Golden Wattle theme.

The Nation Brand Advisory Council, established by former prime minister Malcolm Turnbull, made the decision to rethink the national brand after a 2017 foreign policy white paper recommended greater “consistency” for Australian businesses presenting themselves on the international stage.

Part of our report on Turnbull's legacy.

Not happy unless he's buggering up something that was working perfectly.

Firstly, here's the current state of play with our beautiful Australian Made logo.

The famous Australian Made, Australian Grown (AMAG) logo is the true mark of Aussie authenticity. It's Australia's most trusted, recognised and widely used country of origin symbol, and is underpinned by a third-party accreditation system, which ensures products that carry the logo are certified as 'genuinely Australian'. 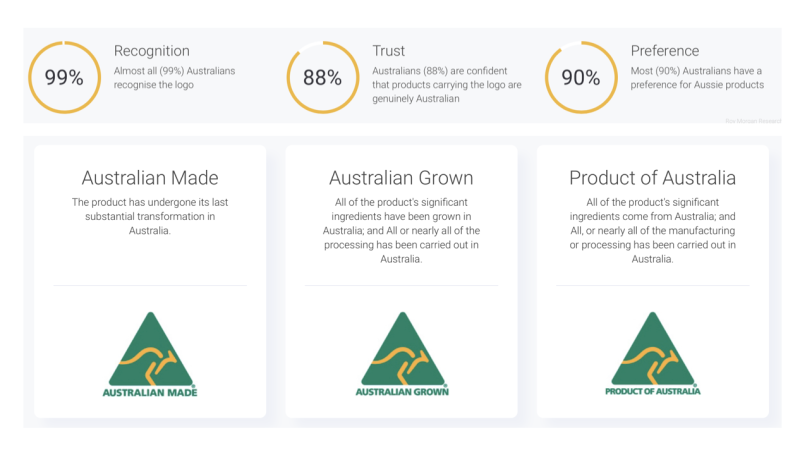 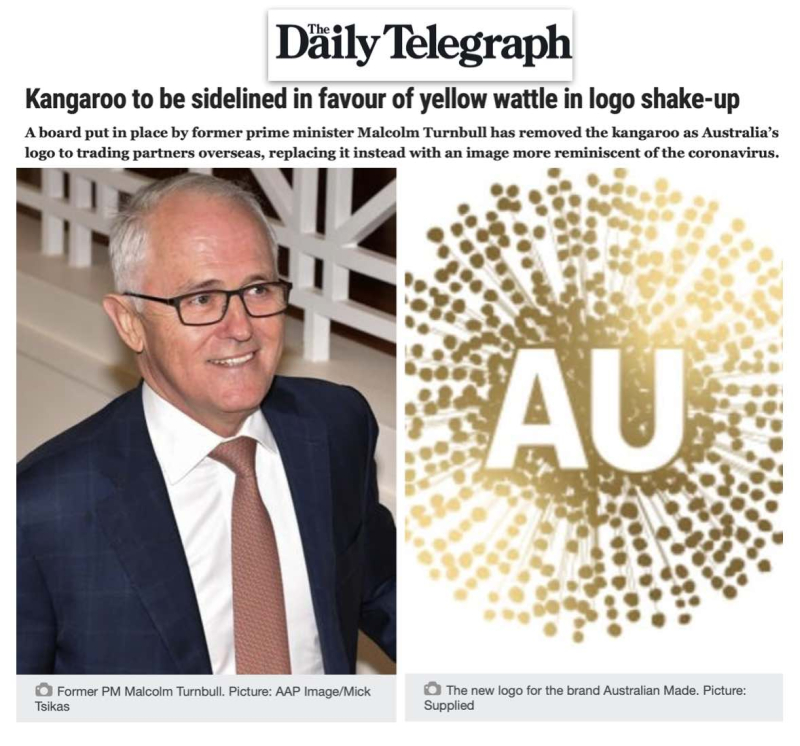 Turnbull's vision was for an entire rebranding of everything connected with government - website, trade, tourism, domestic matters etc.

Last word to the wonderful Paul Zanetti - come back mate, we miss you! 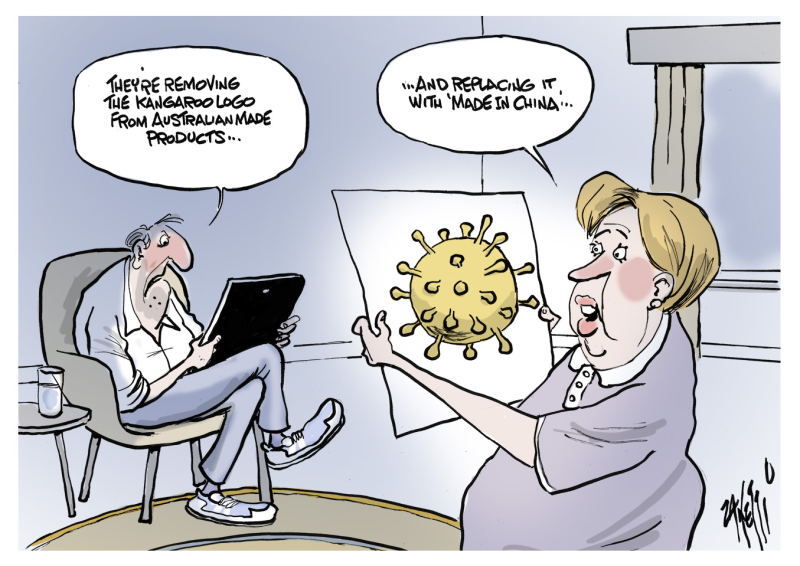 The Morrison Government will introduce new legislation to ensure the arrangements states, territories, councils and universities have with foreign governments are consistent with Australian foreign policy.

The Commonwealth Government has exclusive responsibility for conducting Australia’s foreign affairs. However, state and territory governments and their entities currently also enter into arrangements with foreign governments in a range of areas – from trade and economic cooperation to cultural collaboration and university research partnerships – without having to inform the Commonwealth.

Under the reforms, the Foreign Minister will have the power to review any existing and prospective arrangements between state and territory governments and all foreign governments.

Arrangements that adversely affect Australia’s foreign relations or are inconsistent with our foreign policy could be prevented from proceeding or terminated.

The Commonwealth Government has the policy expertise and comprehensive understanding of the risks and opportunities associated with any arrangements with foreign governments.

This legislation will support state and territory governments to ensure they are acting in a way that serves Australia’s national interests, is consistent with our values and aligned with our foreign policy objectives. This will give states and territories the confidence necessary to enter into arrangements with foreign government entities.

The Morrison Government looks forward to working closely with state and territory governments, councils and universities and providing all Australians with the certainty that all levels of government are aligned to ensure a consistent approach to managing Australia’s foreign relations.

To understand why the PM's acting - albeit belatedly - you only need to read our report from almost two years ago, reprinted here.

The frightening extent of Victorian Labor's treachery couldn't be clearer.

An official statement from the Chinese Communist government - never repudiated or questioned by the Andrews/CFMEU/Labor government.

Andrews agreed on Shi's opinions about developing China-Victoria relations, expressed that Labor Party of Victoria attaches great significance to cooperating and communicating with China and is willing to make relentless efforts to this end.

On 27 March 2012 the Chinese Consulate-General in Melbourne posted this report. 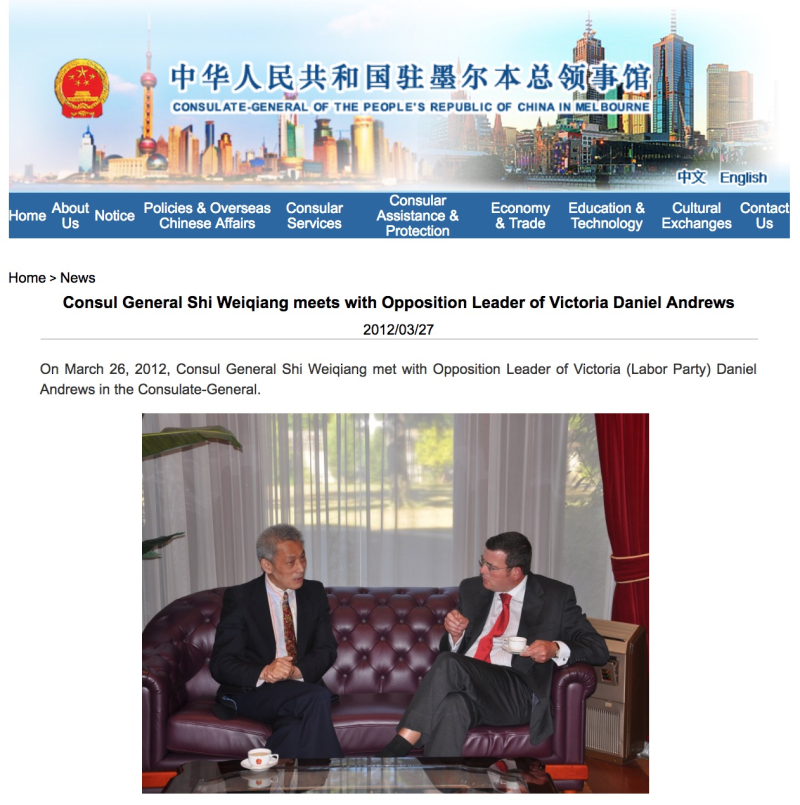 Shi made positive remarks on the sound cooperative relations of China and Victoria, expressed that the Chinese side is ready to work jointly with all parties in Victoria, taking the 40th anniversary of diplomatic ties between Chinaand Australia as an opportunity, to lift the China-Victoria pragmatic cooperation and friendly exchanges to a higher level.

Andrews agreed on Shi's opinions about developing China-Victoria relations, expressed that Labor Party of Victoria attaches great significance to cooperating and communicating with China and is willing to make relentless efforts to this end.

Shi also briefed on the jurisdiction of the Consulate-General and other issues at the request of Andrews.

Vice Consul General Huang Fengwen was present at the meeting.

I think Labor's relentless efforts to communicate and cooperate with Communist Chinese dictatorship might be a little out of control. 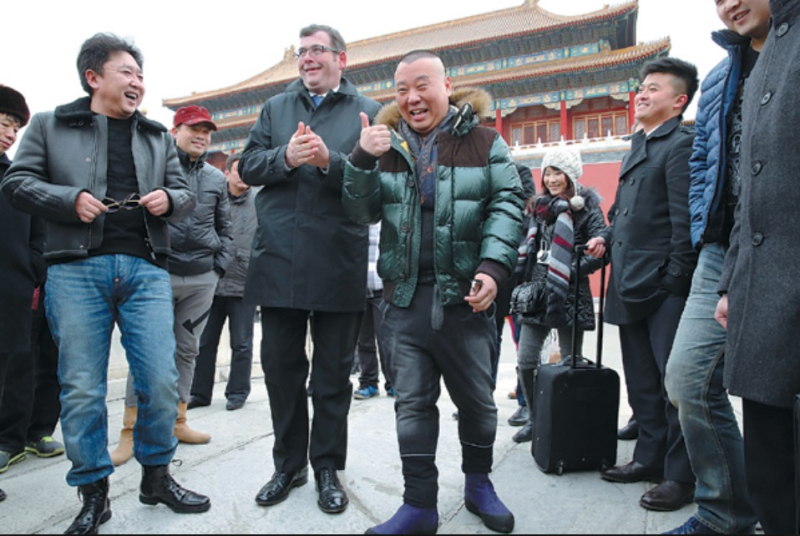 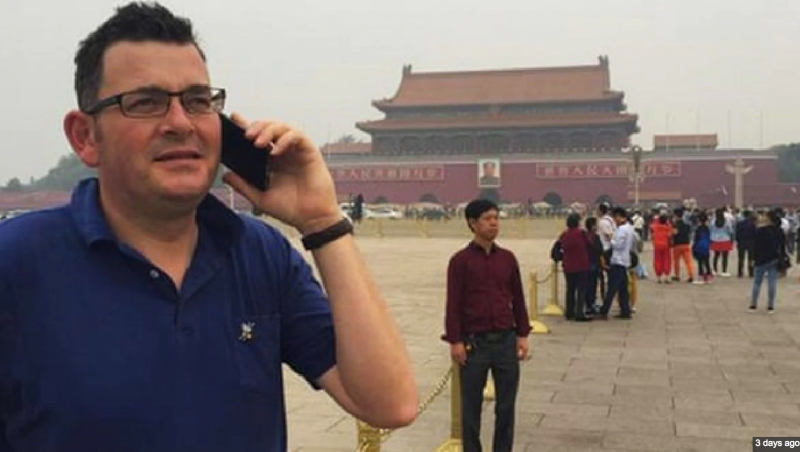 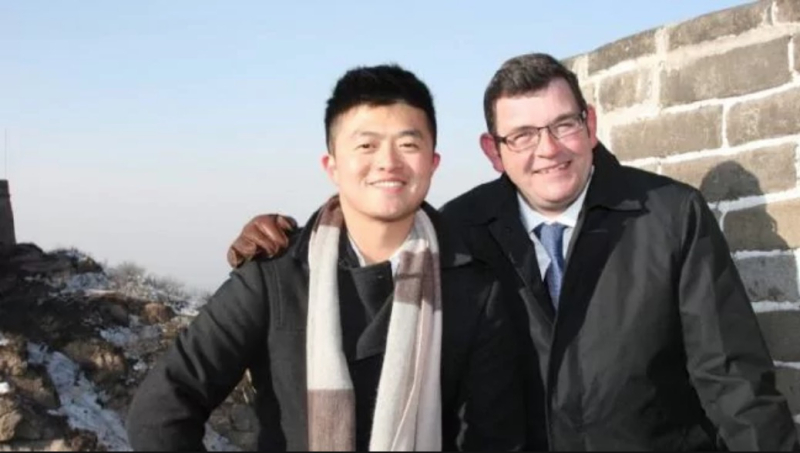 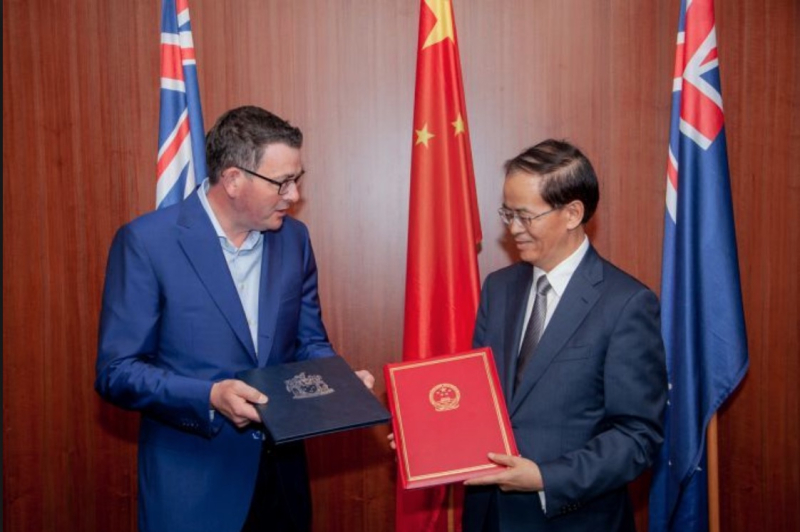 It appears to be the natural Labor way. 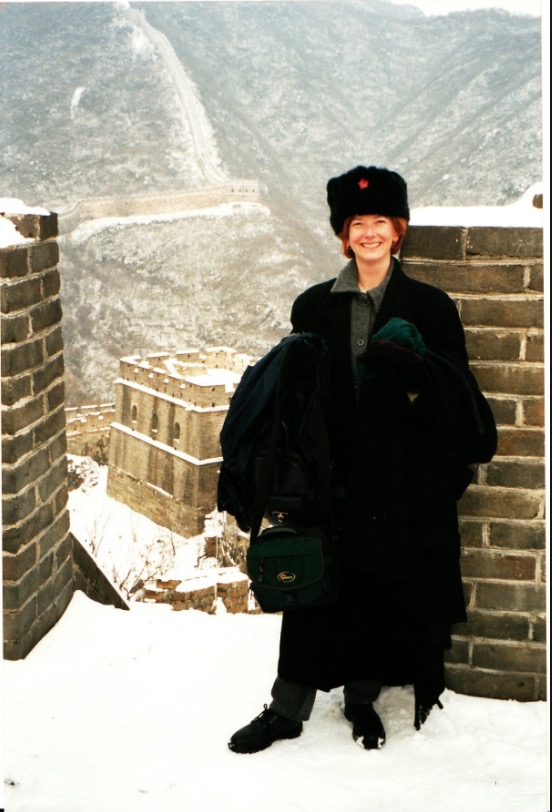 You can read the whole MOU (soon to be rescinded by the Morrison Government, assuming their spines remain intact) here - https://www.michaelsmithnews.com/2018/11/victorias-andrews-government-releases-mou-with-china.html

Staking a claim for civilisation - measured, aggressive & proportionate force from police against Antifa

How should a civilised society respond when rioters tool up with weapons, shields and infantry-minor-tactics?

How much would you pay?

From our mate Andrew Cooper. 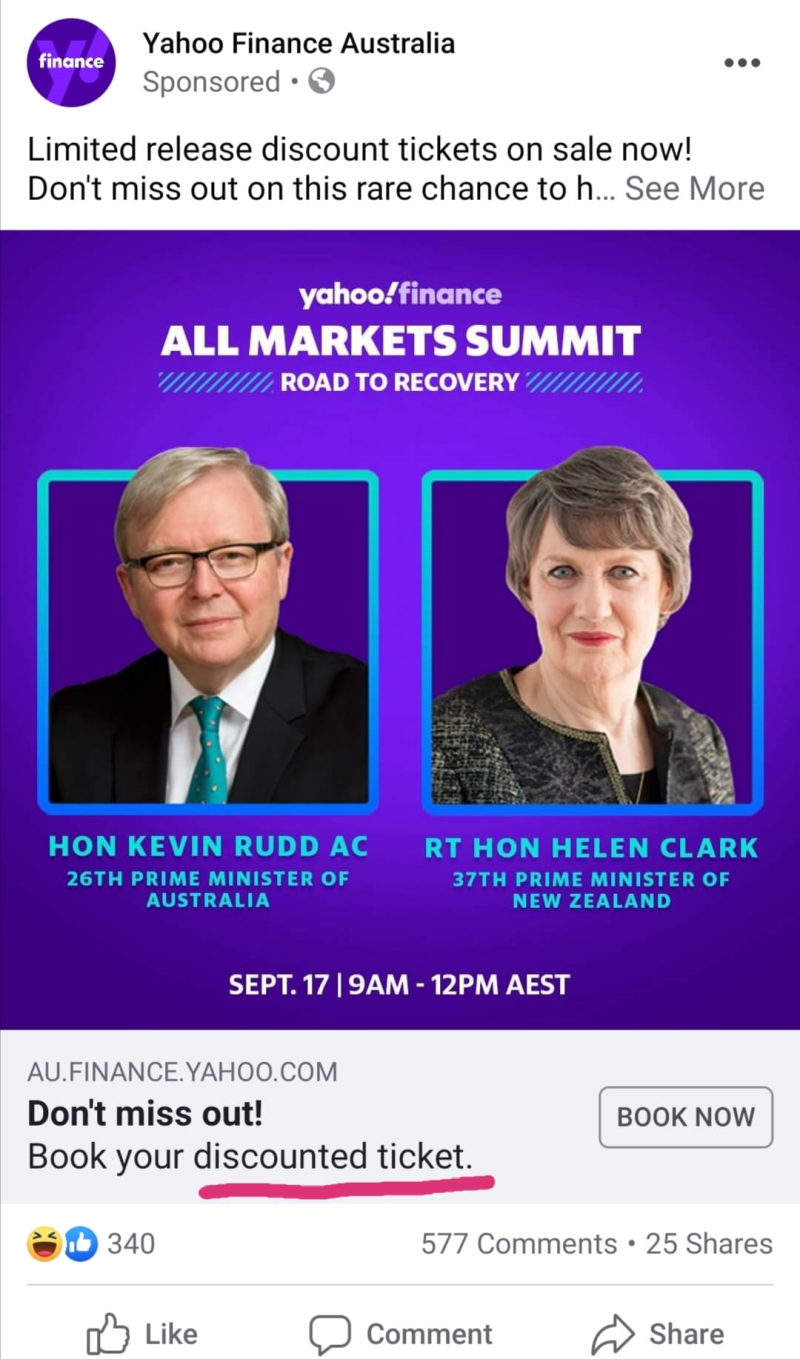 PM acts at last. Morrison to tear up Victoria's Belt and Road deal with China's communists 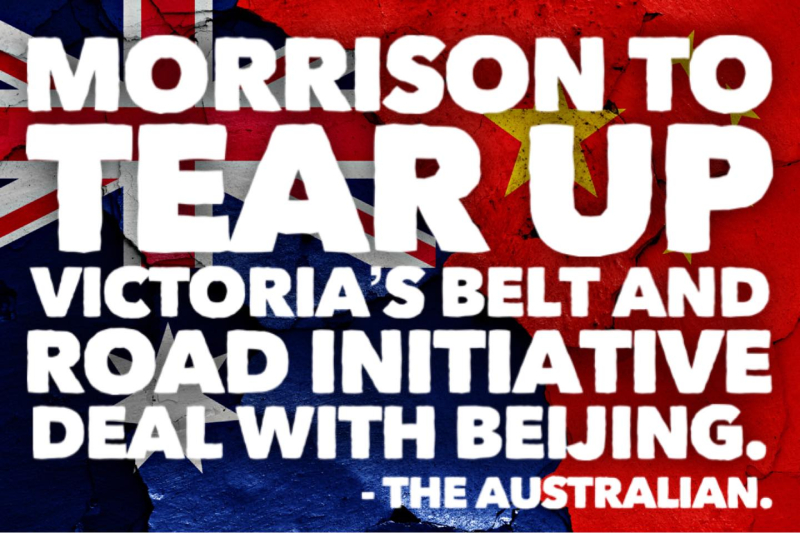 Scott Morrison will legislate to tear up Victoria’s multi-million-dollar Belt and Road Initiative agreement with Beijing, creating laws that will also ban a raft of other deals with foreign governments found to be against the ­national interest.

In an unprecedented move against Chinese interference and the protection of state secrets, the use of external powers under the Constitution to direct state, territory and local governments on ­national security issues will effectively kill dozens of agreements with foreign governments and ­institutions.

The Foreign Relations Bill, which will be introduced to parliament next week, also extends to universities and captures any questionable agreements between Australian public institutions and foreign governments.

In a major flexing of its constitutional powers, the Morrison government will cast its net over all foreign relations agreements struck by lower tiers of government, amid fears that national security has been compromised by often secret deals between state governments and foreign powers.

Trump China Virus ad puts Biden, Nancy and the Dems in their place