'This isn't about one person' - Kevin Rudd then fires back at former News Limited mates, proving it really is all about him.

This bloke is so predictable. Watch closely the official monitoring at Badgerys Creek in Sydney.

Watch the idiots in the media swallow it up.

Or could it be, the BOM’s gear is playing up?

47+ degrees official in sydney would be among the highest Sydney temperature ever officially recorded.

It’s not that hot today.

Look how quickly it scales up in 20 mins.
It’s bullshit.

But it’s also “climate change” when it needs to be.

The BOM loves the extremes. Suits a narrative. 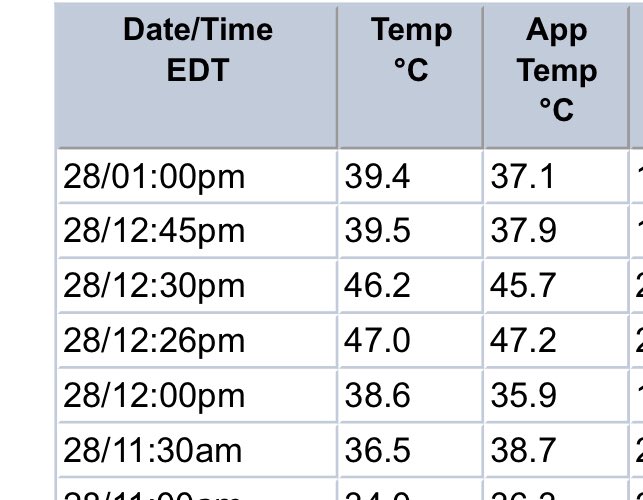 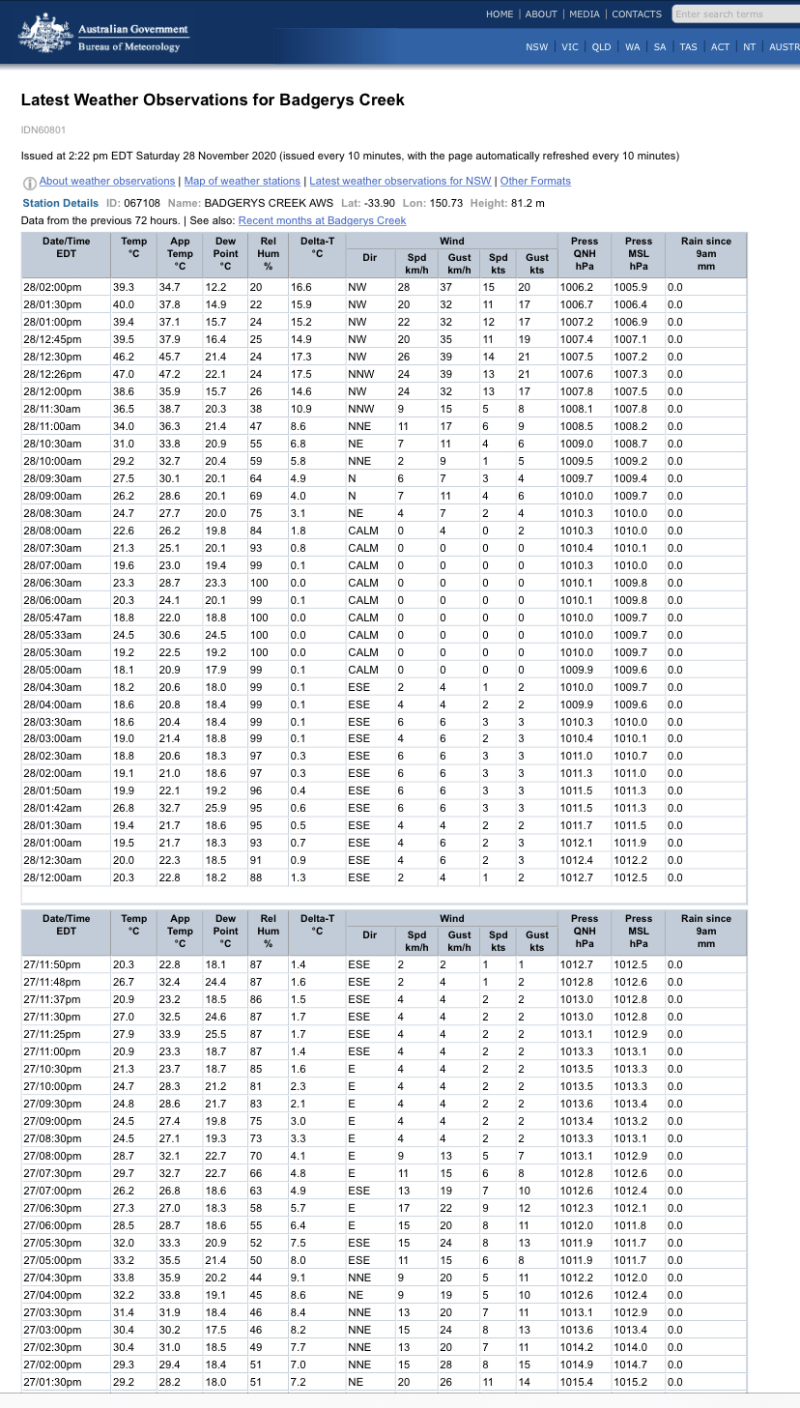 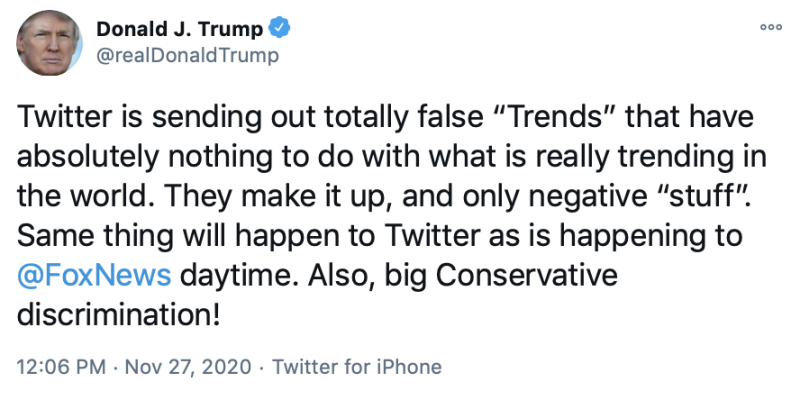 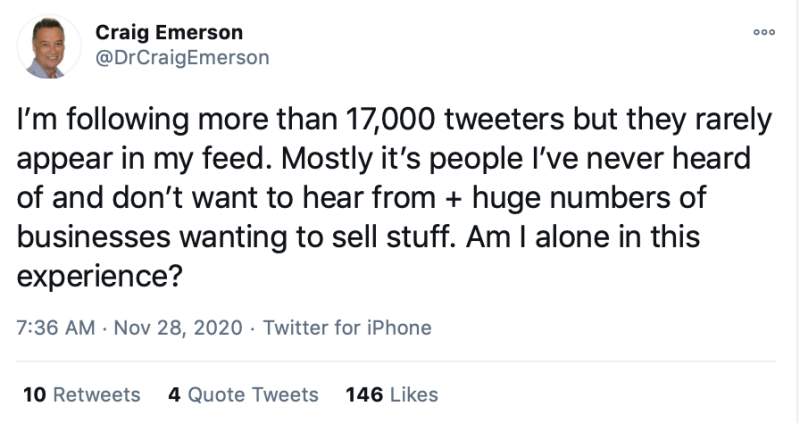 Who remembers this classic?

There are a few scorchers coming up across the country.

Remember to keep cool and stay out of the sun. pic.twitter.com/1FjGEflcMn

And if you're on the road, keep left.

This is what happens when you let governments and politicians pick technology winners. 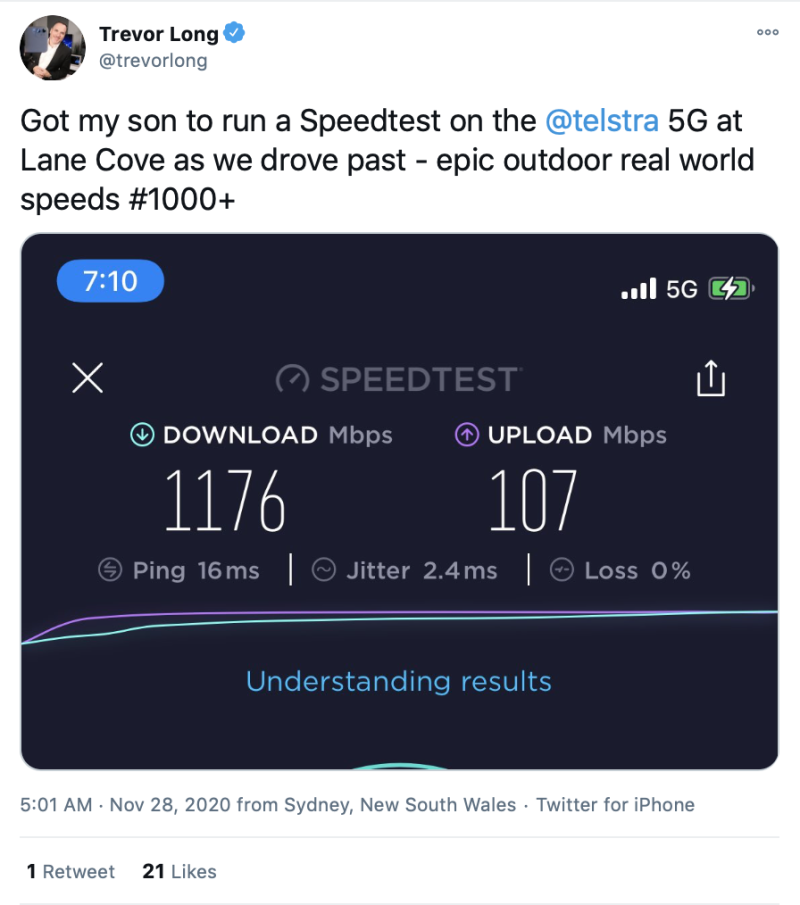 I think we get the message, but there might be a role in there for the courts Mr President! 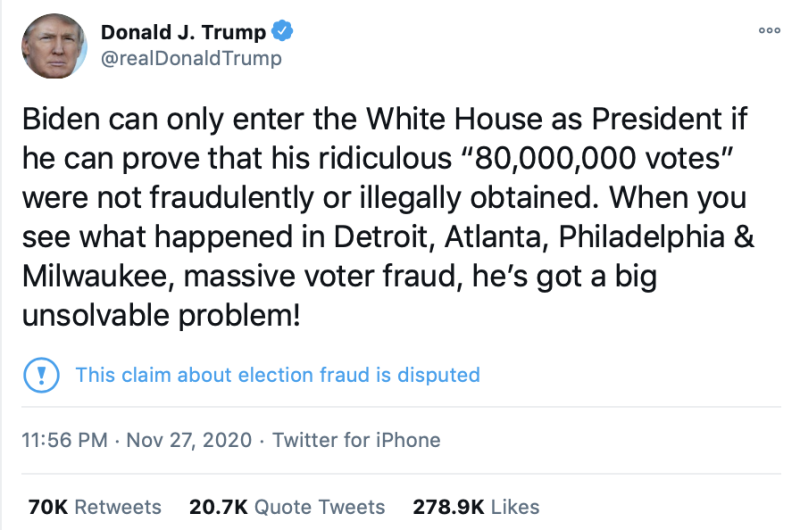 This is a great column.

Succinct, brief and punchy - on a matter of great importance.

The fact that Van Onselen gets it reveals how ridiculously Woke Left our ADF leadership has become.

Just six days after receiving the Brereton report into wrongdoing in the special forces, the head of the Australian Defence Force, Angus Campbell, made the decision to strip all personnel serving in and with the special forces in Afghanistan of their meritorious unit citations.

Punishing the innocent not just the (allegedly) guilty. Tainting the service of the many ­because of the wrongful actions of the few. It is a disgraceful knee-jerk reaction.

I don’t have the slightest problem with throwing the book at those who engaged in wrongdoing, especially anyone who partook in what at face value appear to be heinous crimes. But why does punishment need to be so ­indiscriminately delivered?

Imagine being a parent of one of the fallen soldiers who served in Afghanistan. Required to hand back an honour you would look at every day to convince yourself the loss you’ve suffered was worth something. Those dead soldiers who did no wrong and aren’t even accused of wrongdoing are being dishonoured by the decision-makers of today.

Imagine being an injured soldier, facing up to the handicap you suffered while serving your country, with no allegations or even suggestions of wrongdoing. Now told that you must hand back the citation you rightfully earned.

Campbell has followed the ­advice of the Brereton report’s recommendation that meritorious unit citations for anyone who served with the special operations task group in Afghanistan be ­rescinded. They will also review distinguished service medals, possibly also stripping those from the innocent, not just the guilty.

The special forces commandos were cleared of any wrongdoing in the report, with the focus on the SAS instead. Yet commandos will also lose their service citations. That will include Cameron Baird, a commando who was awarded the Victoria Cross posthumously. How utterly ridiculous.

Morrison uses his acknowledgment of Indigenous traditional owners at the beginning of speeches to also thank armed forces personnel for their service. If he really means it, he has a duty to protect those who have served honourably.

If we don’t stand up for the thousands of personnel who served in Afghanistan, we are on a one-way road to dishonouring them the way so many Vietnam veterans were. Because of the actions of the few and the failure of politicians who sent them there in the first place.

Peter van Onselen is a professor of politics and public policy at the University of Western Australia and Griffith University. 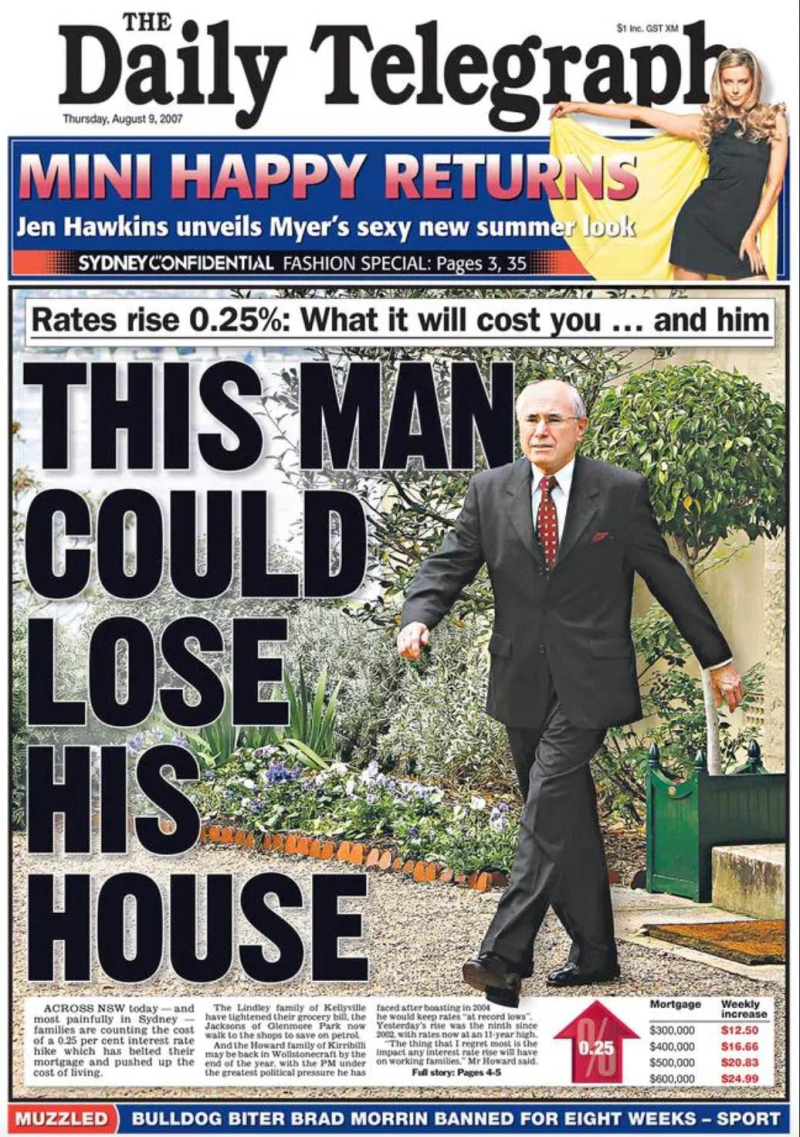 From David Penberthy's brilliant story in The Australian today.

After the election I wrote a personal letter to Howard congratulating him on his distinguished career, thanking him for the ­access he had kindly given me and our papers, and apologising for bidding him farewell in our election editorial.

“Thank you for your letter,” Howard replied soon after. “I ­appreciated your kind personal remarks. Needless to say, I was disappointed that your newspaper went over to the dark side after such a long and positive association. That, as they say, is the ­nature of things in a democracy. It was a huge privilege to have been at the helm for so long and I, too, enjoyed the association with the Telegraph.”

This picture of graciousness and even-handedness is a stark contrast to the conduct we are seeing from Rudd towards our company now. Unlike Howard — and unlike so many other Liberal and Labor leaders who have been the subject of editorials and coverage both good and bad — the Rudd campaign seems to be rooted more in his own psychology.

If you wanted a headline to ­describe the relationship between Murdoch and Rudd it would be this: Media figure stalked by crazed fan. His enthusiasm to ingratiate himself with our company was so extreme that we almost needed to obtain a restraining order. Rudd now believes the company is evil and that it misuses its power and picks winners.

My dealings with Rudd and his backers show that he was the one desperate to use that power, even to have it misused by seeking some kind of formal media endorsement as leader. And when it comes to picking winners, from all I saw of Rudd’s conduct with myself, other editors and our proprietor, he was the one who like a schoolboy before a football match imploring: “Pick me, pick me.” 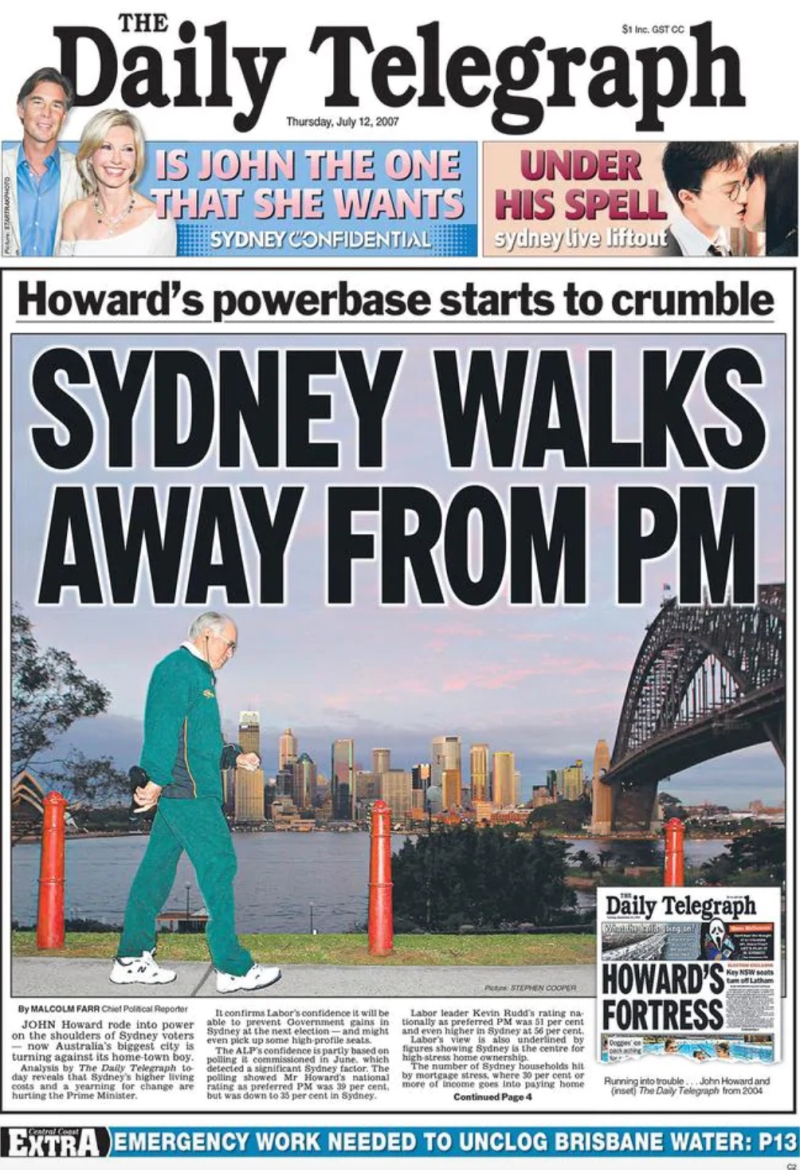 This push for a royal commission is driven less by facts and more by the shared mental state of Rudd, and his new sidekick Malcolm Turnbull. It is, for them, a coping mechanism. It is psychologically more palatable for them to ascribe their demise not to their own imperiousness, policy failure or inability to consult and listen, but a sinister external conspiracy.

On the day my stint as editor ended in late 2008, there were drinks at the work pub to farewell me and honour my successor, Garry Linnell. I didn’t stick around long because I regarded the occasion as Linnell’s night, and had made a strange pact with myself four years prior that on the day of my departure I would go home and lie on the lawn.

I was lying on the lawn when the phone rang.

“Penbo, I just want you to know that I’m ringing you as a mate to make sure you’re all right,” Rudd said. “Now, what can you tell me about the new guy?”

South Australia Correspondent
David started his career with Adelaide's The Advertiser in 1992. He was the newspaper's national political editor from 1996 to 1999 before joining The Daily Telegraph in Sydney, covering NSW politics. 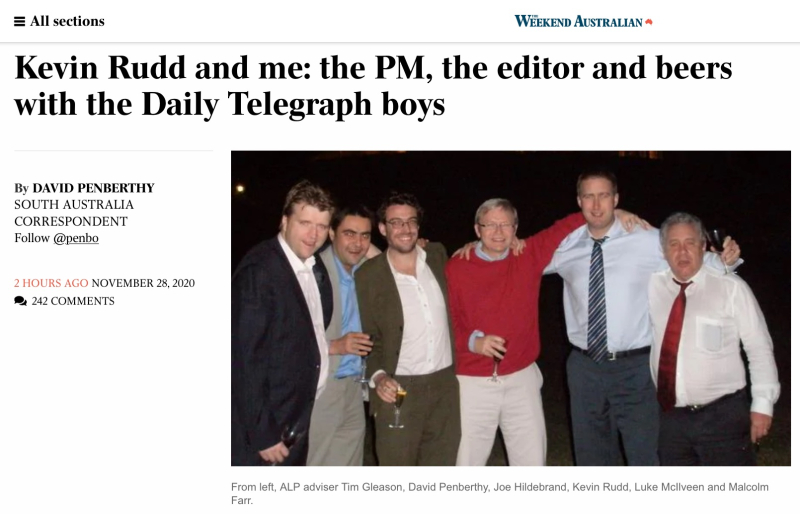 When he became PM, Rudd ­organised several nights at Kirribilli House for what he liked to call “The Tele Boys”, which meant myself, Luke McIlveen, Joe Hildebrand, Simon Benson, and when he was up in Sydney from Can­berra, our national political editor Malcolm Farr. A couple of these nights finished around 3am, and they always involved a strange tradition invented by Rudd where he would challenge us to a running race up the hill at the harbourside property.

None of this is meant to sound like big-noting. You could sit a shop mannequin in an editor’s chair and the most ingratiating politicians would still be lining up to kiss it on the backside. I just happened to be the mannequin.

...our newspaper played a pivotal role in covering the transition from John Howard to Rudd. And reflecting on our coverage, especially in 2007, the year of Howard’s defeat, you could ask whether the former member for Bennelong might be the one asking for a royal commission into the conduct of News Corp, publisher of The Australian, given the thoroughness with which we ­documented his demise, convinced as we increasingly were of its ­inevitability.

And while Rudd now claims to be smited, the truth is that Rudd enjoyed one of the greatest armchair rides Australian politics has ever seen. I know. I was holding one of the armchairs.

I said that Rudd sought me out as editor. That is an understatement. Rudd was incessant in his desire to engage with and use the media to realise his desire for power. He was particularly desperate to win favour with The Daily Telegraph as the paper that had both coined the term and represented the Howard battlers, the vast swath of aspirational voters in suburban marginal seats across Sydney who make and break governments.

Mr Rudd’s media strategy ­occurred over three phases: his calculated white-anting of his predecessor as Labor leader, Kim Beazley; his seeing off of Howard; and his protracted campaign of vengeance against Julia Gillard as payback for the 2010 coup, when he would habitually refer to Australia’s first female prime minister as “that f..king bitch” in obscenity-filled backgrounding calls to ­journalists and editors tearing her down.

It's a big, comprehensive and fascinating account.  Well worth the price of the paper today!