Channel 10 reminds people of how smug its news team is.

Any wonder it’s a race between the ABC, SBS, and TEN most nights for the least watched TV News service?

Sorry about the Pakistan gaffe! 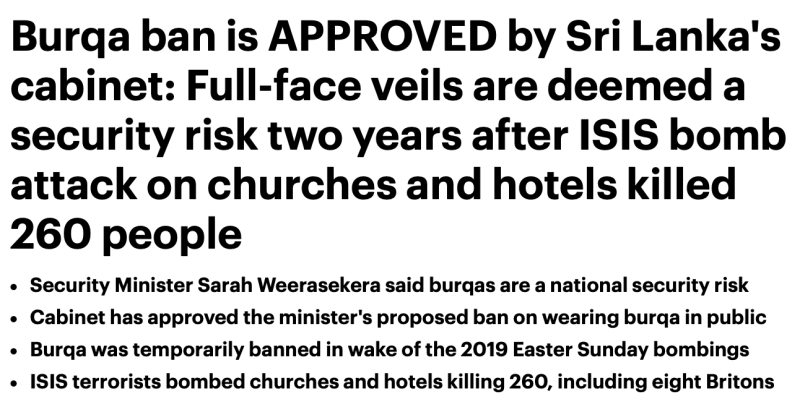 Build Back Better. But it's just about the science, right?

Immigration Minister says Australians can travel overseas for a wedding - if it's urgent! 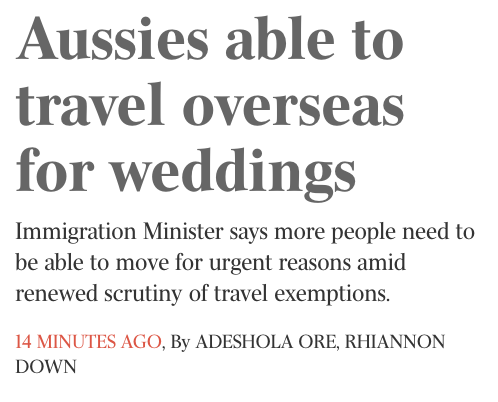 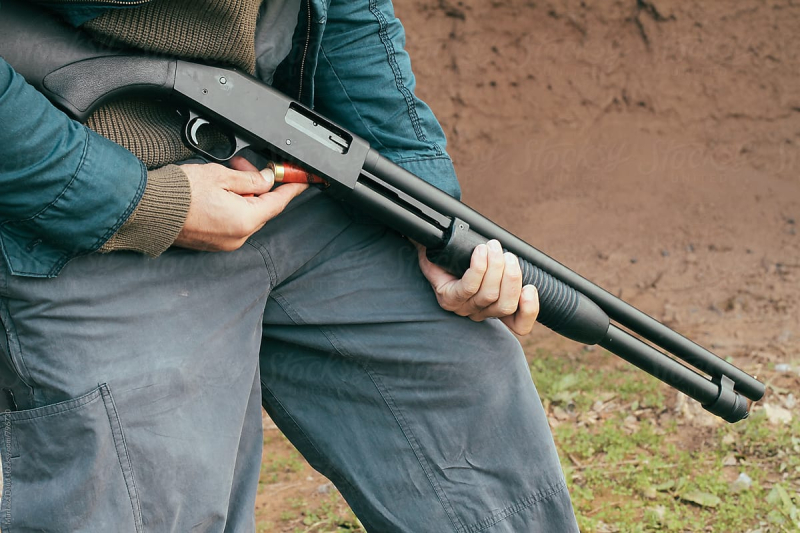 The technology and production values have changed, but.....

In September 1938, a year before the outbreak of World War II, Adolf Hitler, Chancellor and Fuhrer of the Third Reich in Germany, announced publicly that he would declare war if necessary in order to protect the Sudeten Germans in the west of Czechoslovakia.

Hitler had always intended to create extra living space (Lebensraum) for Germans in Austria and Czechoslovakia and now used the three million Sudeten Germans as an excuse to further his plans, claiming that they were being persecuted.
Hitler stated this would be the last territorial claim he made in Europe. However, although he disavowed having any aggressive intent towards Europe, he had already broken the terms of the Versailles Treaty. In 1934 he had signed a non-aggression pact with Poland, but despite this he rearmed Germany in 1935, entered the demilitarised Rhineland in 1936 and in March 1938 annexed Austria. The Czechs, now almost surrounded by Germany, were worried about invasion. The Czech President, Eduard Benes, appealed to the French and British governments for support: Neville Chamberlain, Prime Minister of Great Britain, reassured him that Hitler had promised the Czechs had nothing to fear.

At that time Britain and France were still Alienated and unsuccessful as a young man, Hitler had found a niche during World War I in the comradeship of being a soldier. Decorated for bravery during the war, he was extremely bitter when it ended in defeat for Germany. As a result he became involved in politics and made his name as a speaker, becoming head of a political party called the National Socialists, or Nazis, in 1920. In 1923 he made an abortive attempt to overthrow the Weimar Republic in Germany and was imprisoned. While in prison he recorded his political philosophy in his book Mein Kampf (‘my struggle’). In this he promised to bring under German rule all European peoples who spoke German and to seize extra living space for Germans from Russia and Poland. He also planned to eliminate the Slavs in Eastern Europe whom he considered ‘sub-human’.

Though some thought Hitler half-mad, many were convinced by what he said. He gradually rose to power, aided by the Great Depression that had left millions of Germans unemployed. Once Chancellor of Germany, Hitler went about creating a one-party state of which he was dictator. Rule was maintained through a secret police, the Gestapo.

Countless opponents of the regime were imprisoned or murdered and Jews lost citizenship in a law passed in 1935. Having brought economic recovery to the country, Hitler then pursued his foreign policy to unite all Germans in a greater single Germany, to destroy Communism and to conquer and colonize Eastern Europe, establishing a ’thousand-year Reich’.
World War II raged until 1945.

The Russians invaded Germany in late January and on 7 March the Western Allies crossed the Rhine. The Russians stormed Berlin at the end of April, by which time Hitler had survived various assassination plots by his own countrymen but was a physical wreck. He was cut off from reality, bitter and isolated, living in a bunker in Berlin.

On 30 April 1945 he and his wife Eva Braun, whom he had married hours previously, committed suicide, thus ending the Third Reich . 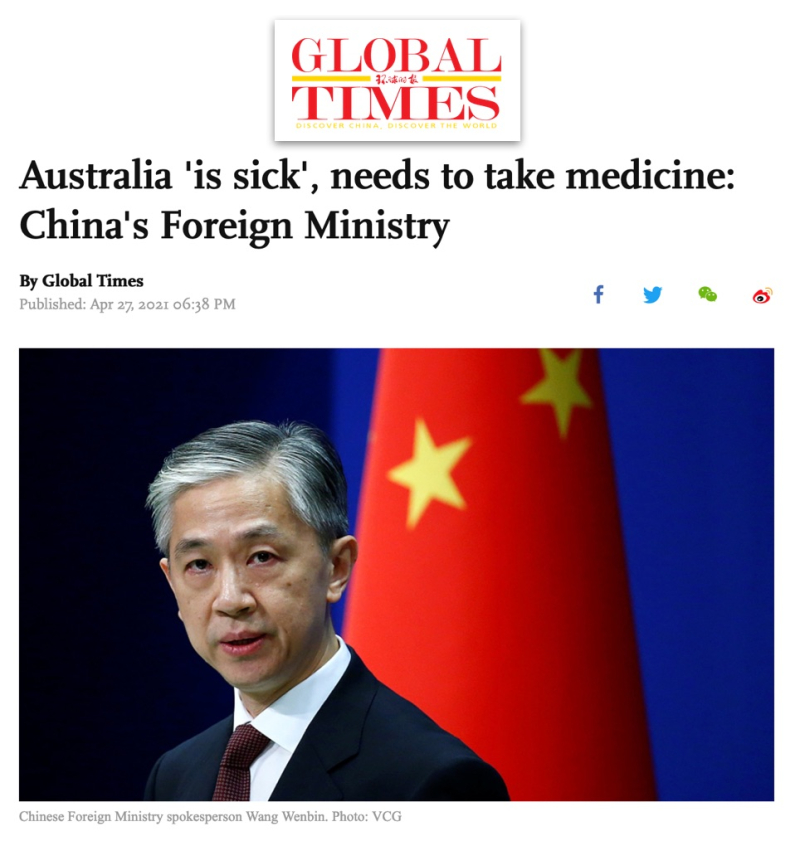 China is not responsible for the current difficulties facing China-Australia relations. It is the Australian side that torn up the cooperation agreement between China and Australia, sabotaging normal exchanges and cooperation between the two countries, China's Foreign Ministry said on Tuesday.

The difficulties faced by China-Australia relations are rooted in Australia's interference into China's internal affairs, its inflicting damages on China's interests, and it trade discrimination against China, said Wang Wenbin, a spokesperson from China's Foreign Ministry.

"Australia is sick, however it is asking others to take medicine, which will not solve the problem at all," Wang said.

It is hoped that that Australia will treat China's development in an objective and rational way and contribute to mutual trust and promoting pragmatic cooperation between the two countries, he added. 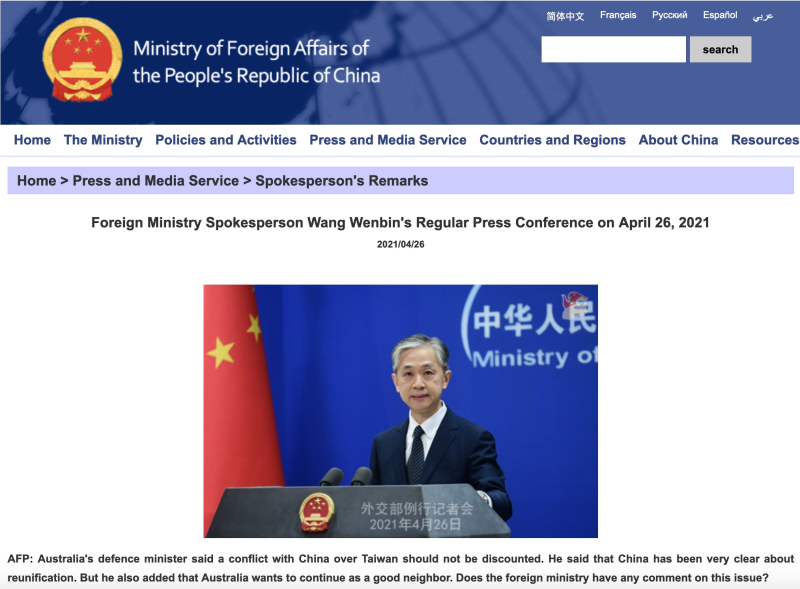 AFP: Australia's defence minister said a conflict with China over Taiwan should not be discounted. He said that China has been very clear about reunification. But he also added that Australia wants to continue as a good neighbor. Does the foreign ministry have any comment on this issue?

Wang Wenbin: I have noticed relevant reports. I would like to emphasize that abiding by the one-China principle is an important part of China-Australia relations. Taiwan is an integral part of China's territory. The Taiwan question is China's internal affair that bears on China's core interests, and brooks no external interference. We can trace the roots of the current tension in cross-strait relations to the fact that the Taiwan DPP authorities refuse to recognize the 1992 Consensus embodying the one-China principle, and constantly make provocations in pursuit of "independence" in collusion with external forces. China must and will be reunified. We are willing to do our best to strive for the prospect of peaceful reunification, but we will never leave any space for "Taiwan independence" separatist activities in any form. It is hoped that the Australian side will fully recognize that the Taiwan question is highly sensitive, abide by the one-China principle, be prudent in its words and deeds, avoid sending any wrong signals to the "Taiwan independence" separatist forces, and act in ways beneficial to peace and stability in the Taiwan Strait and conducive to China-Australian relations.

SCMP: The Australian defence minister, when asked in an earlier interview whether he accepts the lease on the Port of Darwin, said that if it is found to be not in Australia's national interest, he believes the government will act. I wonder if China has any response to that?

Wang Wenbin: China-Australia cooperation in economy, trade and investment are mutually-beneficial in nature. The Chinese government encourages Chinese companies to conduct investment cooperation overseas on the basis of market principle, international rules and host country laws. We will also firmly safeguard the legitimate rights and interests of Chinese businesses investing and operating overseas. We hope the Australian side will look at bilateral cooperation in an objective and rational light and stop disrupting normal exchange and cooperation with China.

There's a lot not to love about people who work in publishing doing this. 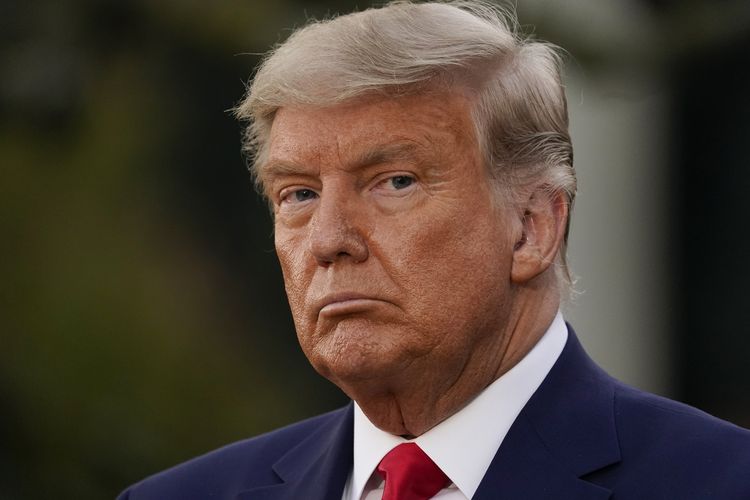 Solidarity With the Workforce of Simon and Schuster
A statement from the workforce of S&S:

The events of the past week have affirmed that Simon & Schuster has chosen complicity in perpetuating white supremacy by publishing Mike Pence and continuing to distribute books for Post Hill Press, including predator Matt Gaetz’s FIREBRAND.

By choosing to publish Mike Pence, Simon & Schuster is generating wealth for a central figure of a presidency that unequivocally advocated for racism, sexism, homophobia, transphobia, anti-Blackness, xenophobia, misogyny, ableism, islamophobia, antisemitism, and violence. This is not a difference of opinions; this is legitimizing bigotry.

Long before his Vice Presidency, Mike Pence made a career out of discriminating against marginalized groups and denying resources to BIPOC and LGBTQA+ communities. From advocating for legalized discrimination against LGBTQ+ people, to eroding the teaching of science in favor of Christian theology in public-funded schools, to ending energy efficiency programs, to pushing for guns to be in schools and cars, to taking away funding for and shutting down clinics treating HIV patients, to promoting conversion therapy, to denying bodily autonomy to pregnant people, to abandoning a nation in crisis as the coronavirus ran rampant and killed more than half a million Americans. Mike Pence has literal and figurative blood on his hands. We demand you cancel Mike Pence’s book deal.

Even though S&S cancelled its distribution of the book by white supremacist and murderer Jonathan Mattingly, by choosing to continue to distribute Post Hill Press, whose titles include Matt Gaetz’s racist manifesto, the company openly supports and normalizes violence against minors, Black women, and all Black people by individuals and the state. This is unacceptable in light of the recent murders of Daunte Wright, Peyton Ham, Adam Toledo, Ma'Khia Bryant*, Andrew Brown Jr*, and countless others, over the centuries of harm caused by people in positions of power. We demand you drop all distribution ties with Post Hill Press.

Rehabilitating fascists is antithetical to the statements released by Simon & Schuster in support of AAPI/Black lives. It puts all of our BIPOC, women, LGBTQ+, disabled, neurodivergent, immigrant, working class employees, and the greater bookseller/reviewer/reading community in immediate and long term danger and dismisses the generations of violence that have contributed to our direct oppression. Your attempts to silence us by refusing to answer questions at the town hall or even dedicate a full hour to this matter, will not work. As the employees who are the reason that Simon & Schuster exists, we demand the following:

1. Cancel the two-book deal with Mike Pence and do not sign any more book deals with former members of the Trump administration.
2. End Simon & Schuster’s distribution deal with Post Hill Press.
3. Commit to ongoing reevaluations of all clients, authors, distribution deals, and all other financial commitments that promote white supremacist content and/or harm the aforementioned marginalized communities.

We impart to you the sad and unfortunate truth that we are actively making history right now: people will look back on this one day, and see that through our complicity, we chose to be on what is clearly the wrong side of justice.