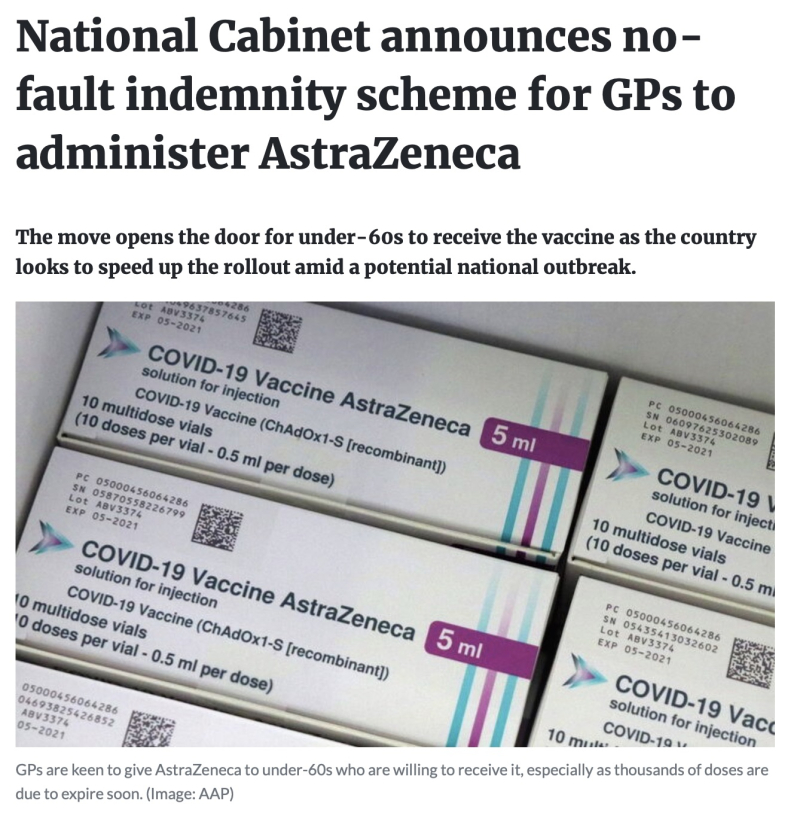 The latest shake-up of Australia’s vaccine rollout has been revealed after an emergency National Cabinet meeting on Monday evening, with a no-fault indemnity scheme for GPs among the key announcements.

The move effectively means any Australians under the age of 60 who want AstraZeneca can discuss it with their GP, who can then administer the vaccine to willing patients.

‘This relates to encouraging Australians to go and chat to their GP about their vaccination, and to have their vaccination administered,’ Prime Minister Scott Morrison said following the National Cabinet meeting.

While previously hailed as the backbone of the Australian vaccine rollout, the locally manufactured AstraZeneca has seen its reputation severely tarnished amid ongoing reports of links to rare blood clots and multiple changes to patient guidance.

‘The ATAGI advice talks about a preference for AstraZeneca to be available and made available to those as preferred for those over 60, but the advice does not preclude persons under 60 from getting the AstraZeneca vaccine,’ Prime Minister Morrison said.

Recent reports have indicated GPs are keen to give AstraZeneca to under-60s who are willing to receive it – especially as thousands of doses will soon expire – but they have been concerned about potential legal liabilities in the face of an adverse reaction.

‘People would like to have it, I had people who were coming in on Thursday last week who would happily have had (the AstraZeneca vaccine),’ Melbourne GP and practice owner Dr Mukesh Haikerwal told News Corp.

‘I’ve got 1500 [doses] at the moment, and I will struggle to use them by the end of September. I might get through them, but I won’t have to order anymore.’

The announcement of the no-fault indemnity scheme, however, is designed to mitigate that risk for GPs.

‘If [under-60s] wish to get the AstraZeneca vaccine, then we would encourage you to go and have that discussion with your GP,’ Prime Minister Morrison said.

‘We’ve already made announcements to support those additional consultations with the GPs so you can have that conversation.

‘And, secondly, we are also providing the indemnity scheme for those general practitioners, so they can actively engage with you, and you can make the best decision for your health.’

However, while the Government did introduce a new MBS item number to support GP vaccine counselling, the current wording only allows patients aged over 50 to access the rebate and it is not clear if it will be amended or a new item added to cater for those now eligible to receive an AstraZeneca vaccine upon request.

Monday’s National Cabinet meeting included a number of other important changes to the rollout, with vaccination now mandatory for aged care workers and post-quarantine COVID testing introduced for returned travellers.

The announcements come as Australia faces the possibility of a potential national COVID outbreak.

At the time of publication (10.00 pm 28 June 2021), the current New South Wales cluster has grown to at least 130 cases, and cases have trickled into the Northern Territory, Western Australia and Queensland, sparking lockdowns, social restrictions and mask-wearing mandates across the country. 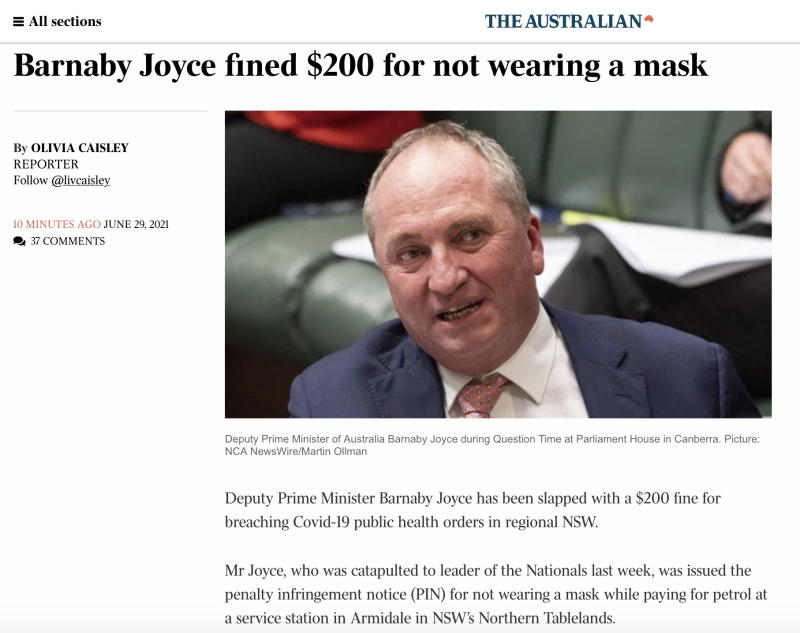 NSW Police confirmed a 54-year-old man had been fined by officers from the New England police station for “not wearing a fitted face covering in an indoor area”. 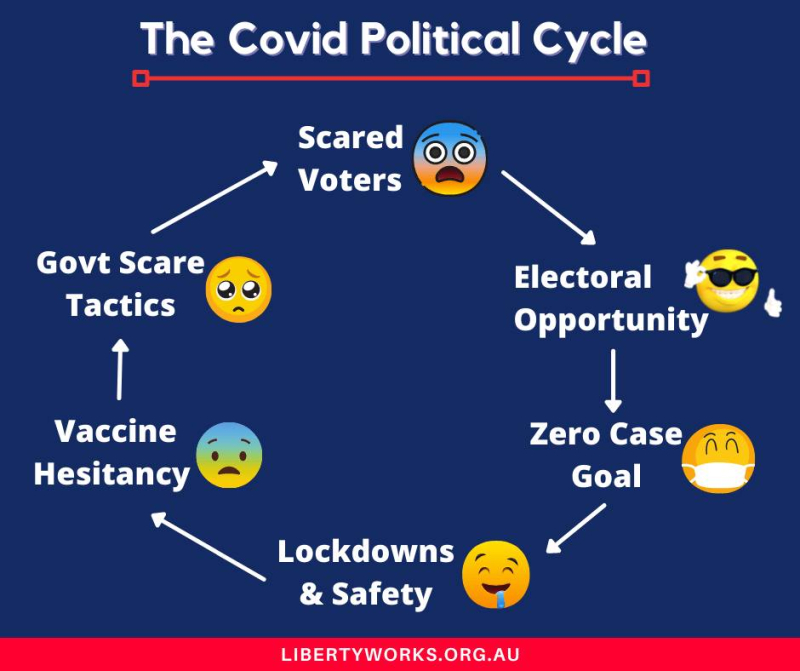 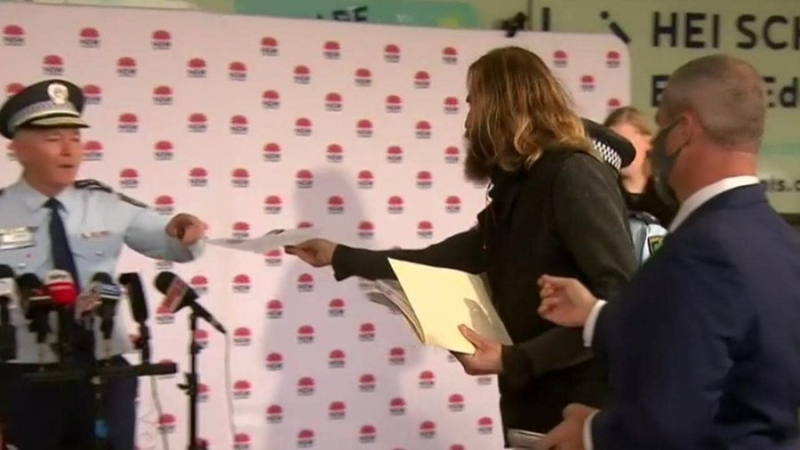 Watch the ABC newsreader freak out when suddenly the news is “off message”.

"Don't come near me!" NSW Police Commissioner Mick Fuller interrupted by bearded man claiming to be the creator of the Earth. #nswpol pic.twitter.com/P6K0SZ8WmR

The Gore charlatan on Trump 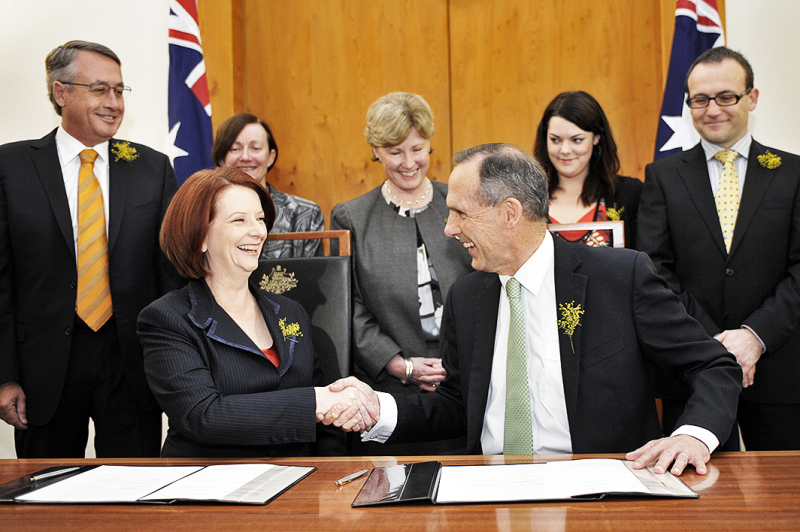 Hear hear.
Perceptions we are too close to the Greens is doing great harm to the Labor Party in the regions.

The practising midwife. Practising what precisely?

Thanks to Ken B for the tip. 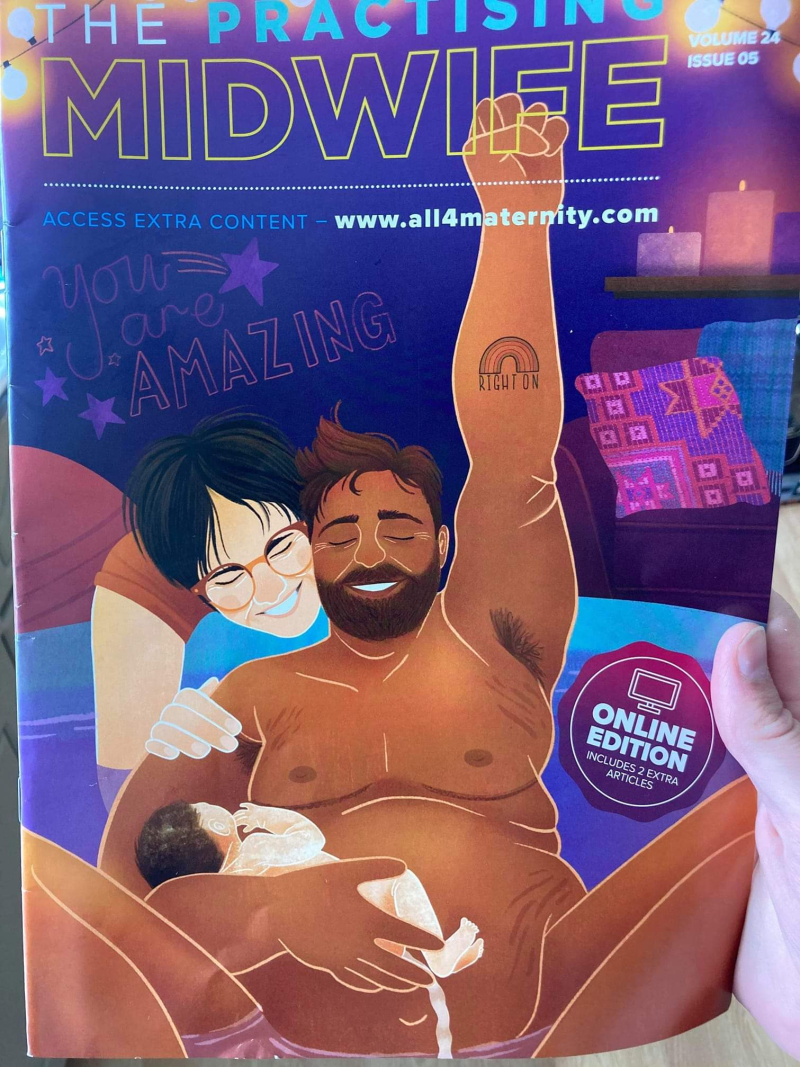 Actually, I should have fixed his bio pic for you - there, done. 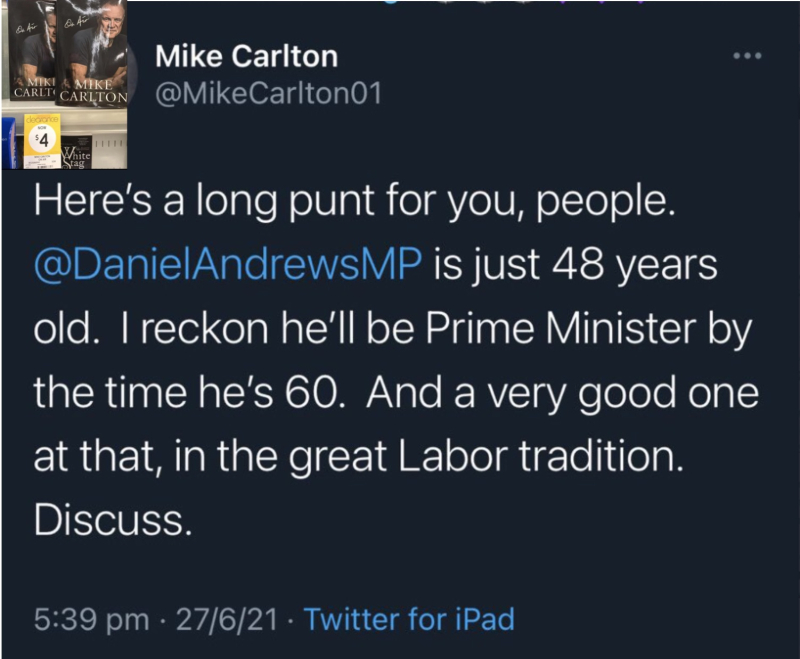 A man flashed his penis in front of little girls at a spa and was allowed to do it because he claimed to be a woman. If you watch this video and find yourself siding with the man, please realize that you are not only insane but evil.