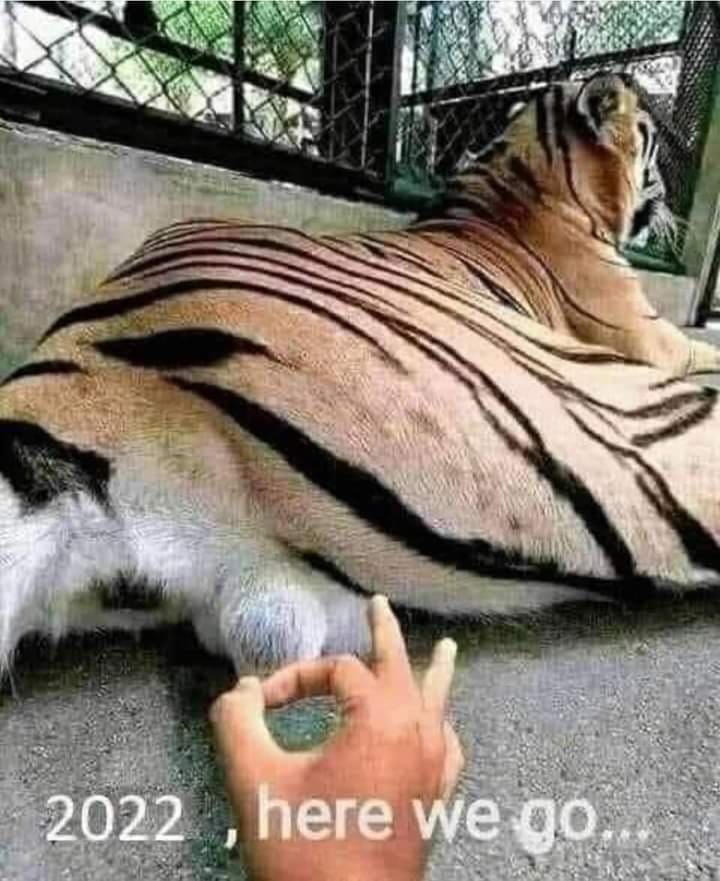 How about sex? That can lead to dancing.

Thanks to Ben Hopkins for the tip on this invaluable insight. 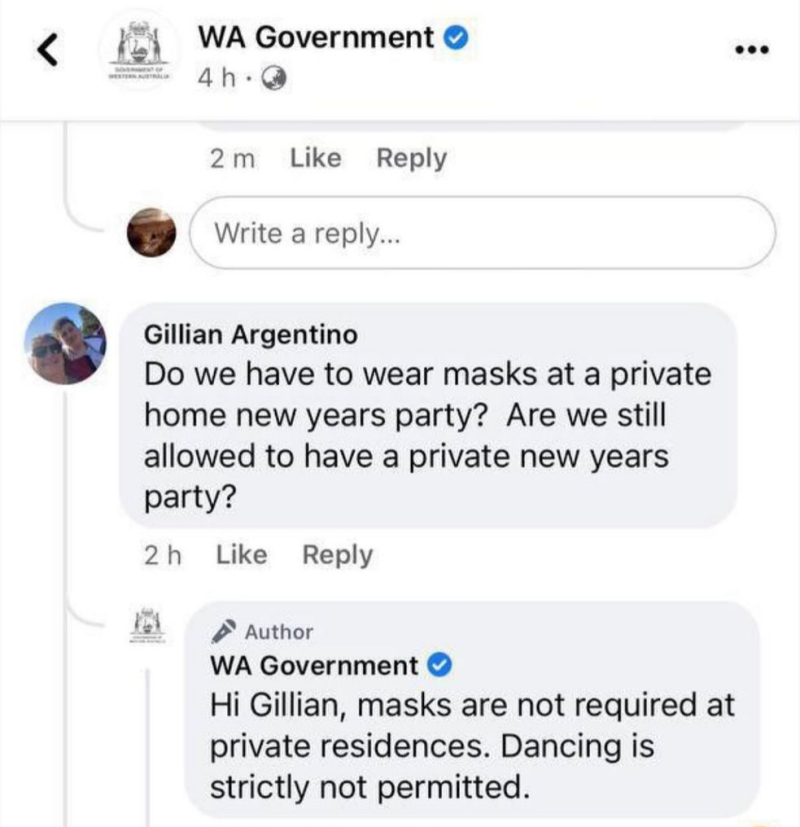 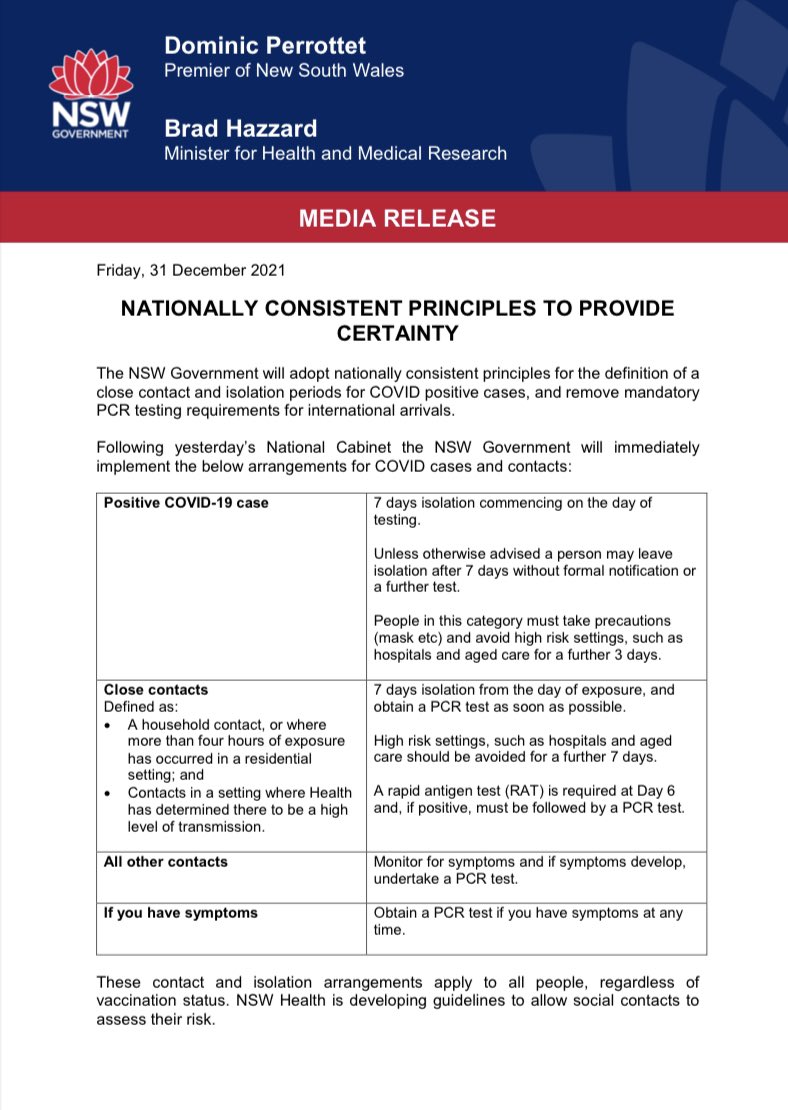 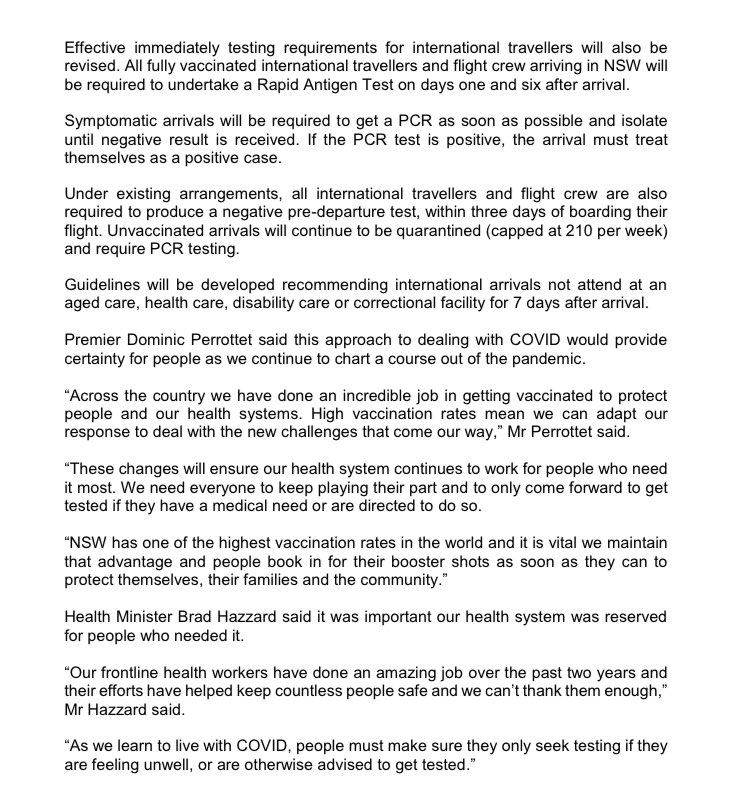 Anyone for a New Year's resolution? 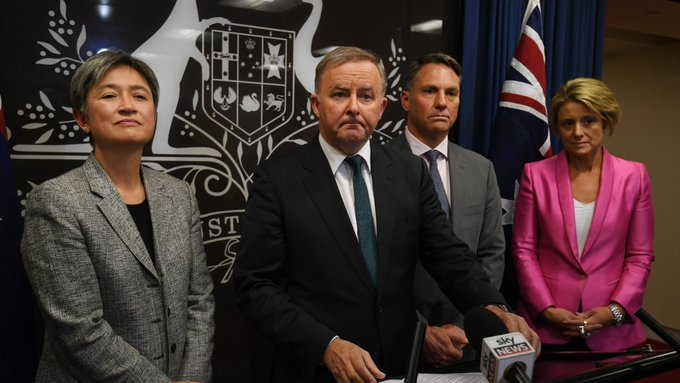 CNN's @kaitlancollins: "It sounds like this decision had just as much to do with business as it did the science."@CDCDirector Dr. Rochelle Walensky: "It really had a lot to do with what we thought people would be able to tolerate." pic.twitter.com/Ek3X3S7Q9S

Aboriginal Tent Embassy protester explains the fire in his own words

In his own words, not mine. I’ll let him speak for himself. #oldparliamenthouse #auspol pic.twitter.com/yD2Qy0iuog

Today at Nundah Medical Clinic and Vaccination centre in Brisbane.

Thanks to anonymous informant for the tip! 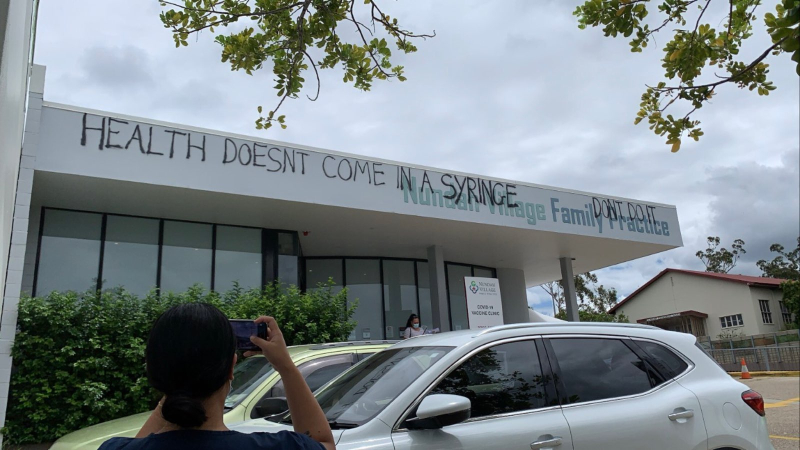 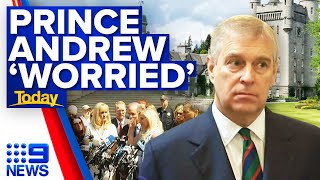 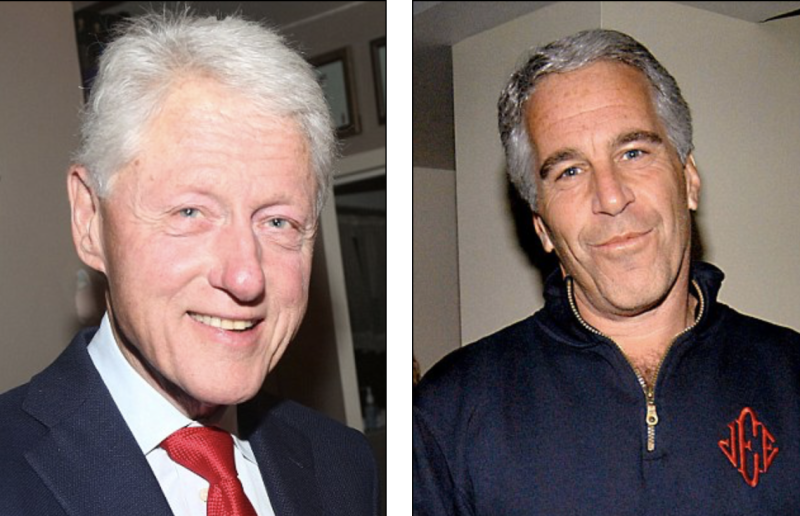 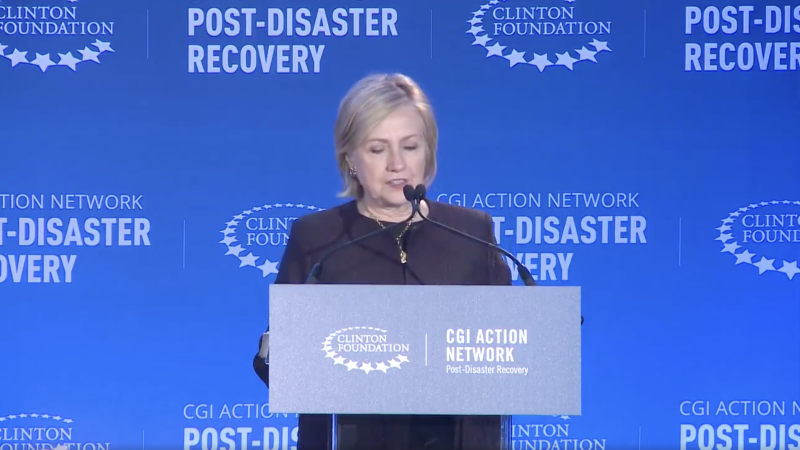 This extract is from the New Yorker magazine

What attracted Clinton to Epstein was quite simple: He had a plane (he has a couple, in fact -- the Boeing 727, in which he took Clinton to Africa, and, for shorter jaunts, a black Gulfstream, a Cessna 421, and a helicopter to ferry him from his island to St. Thomas). Clinton had organized a weeklong tour of South Africa, Nigeria, Ghana, Rwanda, and Mozambique to do what Clinton does. So when the president's advance man Doug Band pitched the idea to Epstein, he said sure. As an added bonus, Kevin Spacey, a close friend of Clinton's, and actor Chris Tucker came along for the ride.

While Epstein got an intellectual kick out of engaging African finance ministers in theoretical chitchat about economic development, the real payoff for him was observing Clinton in his métier: talking HIV/aids policy with African leaders and soaking up the love from Cape Town to Lagos.

Epstein brings a trophy-hunter's zeal to his collection of scientists and politicians. But the real charge for him is in seeing these guys work it. Like former Democratic Senate leader George Mitchell, for example. In Epstein's mind, Mitchell is the world's greatest negotiator, based on his work in Ireland and the Middle East. So he wrote the senator a bunch of checks. Says Mitchell: "He has supported some philanthropic projects of mine and organized a fund-raiser for me once. I would certainly call him a friend and a supporter."

But it is his covey of scientists that inspires Epstein's true rapture. Epstein spends $20 million a year on them -- encouraging them to engage in whatever kind of cutting-edge research might attract their fancy. They are, of course, quite lavish in their praise in return. Gerald Edelman won the Nobel Prize for physiology and medicine in 1972 and now presides over the Neurosciences Institute in La Jolla. "Jeff is extraordinary in his ability to pick up on quantitative relations," says Edelman. "He came to see us recently. He is concerned with this basic question: Is it true that the brain is not a computer? He is very quick."

Then there is Stephen Kosslyn, a psychologist at Harvard. Epstein flew up to Kosslyn's laboratory in Cambridge this year to witness an experiment that Kosslyn was conducting and Epstein was funding. Namely: Is it true that certain Tibetan monks are capable of holding a distinct mental image in their minds for twenty minutes straight? "We disproved the thesis," says Kosslyn. "Jeff was on his cell phone most of the time -- he actually wanted to short the Tibetan market, because he thought the monk was so stupid. He is amazing. Like a honeybee -- he talks to all these different people and cross-pollinates. Just two months ago, I was talking to him about a new alternative to evolutionary psychology. He got excited and sent me a check."

Epstein has a particularly close relationship with Martin Nowak, an Austrian biology and mathematics professor who heads the theoretical-biology program at the Institute for Advanced Study at Princeton. Nowak is examining how game theory can be used to answer some of the basic evolutionary questions -- e.g., why, in our Darwinian society, does altruistic behavior exist? Epstein talks to Nowak about once a week and flies him around the country to his various homes to deliver impromptu lectures. Over the past three years, he has written $500,000 worth of checks to fund Nowak's research. This past February, Epstein had Nowak over for dinner at the 71st Street townhouse. It was just the two of them (not including the wait staff), and Nowak, making use of a blackboard in the formal dining room, delivered a two-hour highly mathematical description of how language works.

After dinner, Epstein asked if Nowak wanted to meet up with his new friend President Clinton, and off they went to a nearby deli, where Clinton regaled the starstruck former Oxford professor with tales from his own Oxford days. "Jeffrey has the mind of a physicist. It's like talking to a colleague in your field," says Nowak. "Sometimes he applies what we talk about to his investments. Sometimes it's for his own curiosity. He has changed my life. Because of his support, I feel I can do anything I want."

Danny Hillis, an MIT-educated computer scientist whose company, Thinking Machines, was at the forefront of the supercomputing world in the eighties, and who used to run R&D at Walt Disney Imagineering, thinks Epstein is actually using scientific knowledge to beat the markets. "We talk about currency trading -- the euro, the real, the yen," he says. "He has something a physicist would call physical intuition. He knows when to use the math and when to throw it away. If I had acted upon all the investment advice he has been giving me over the years, I'd be calling you from my Gulfstream right now."

On the 727 these days, he has been reading a book by E. O. Wilson, the eminent scientist and originator of the field of sociobiology, called Consilience, which makes the case that the boundaries between scientific disciplines are in the process of breaking down. It's a view Epstein himself holds. He wrote recently to a scientist friend of his: "The behavior of termites, together with ants and bees, is a precursor to trust because they have an extraordinary ability to form relationships and sophisticated social structures based on mutual altruism even though individually they are fundamentally dumb. Money itself is a derivative of trust. If we can figure out how termites come together, then we may be able to better understand the underlying principles of market behavior -- and make big money." 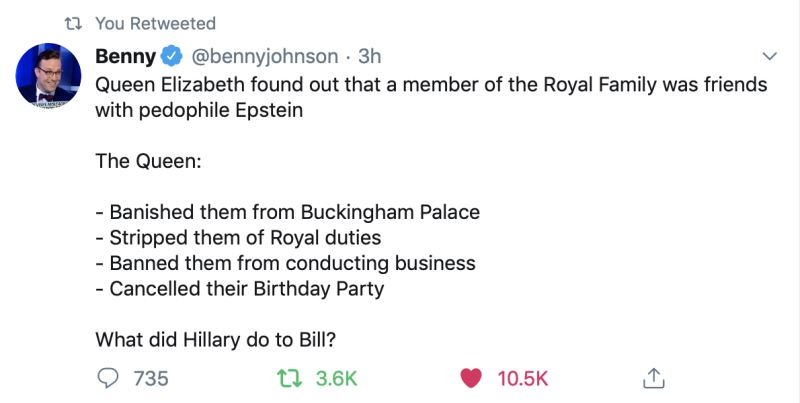 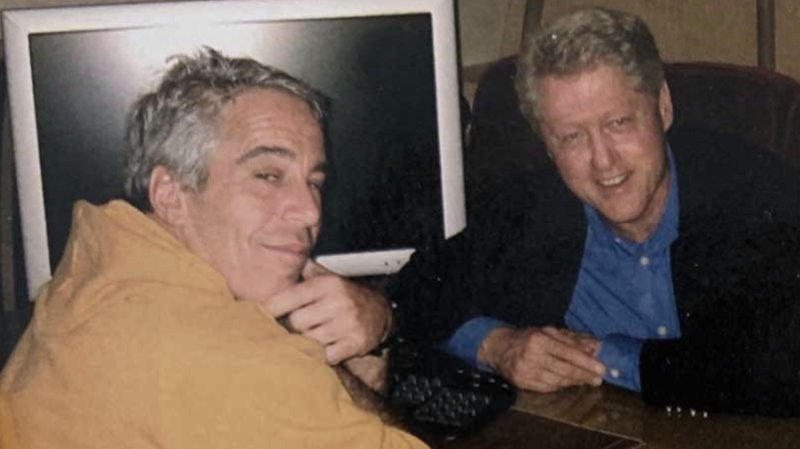