Worried about the Nuclear Button? Just remember, PUTIN's opposite number is BIDEN. 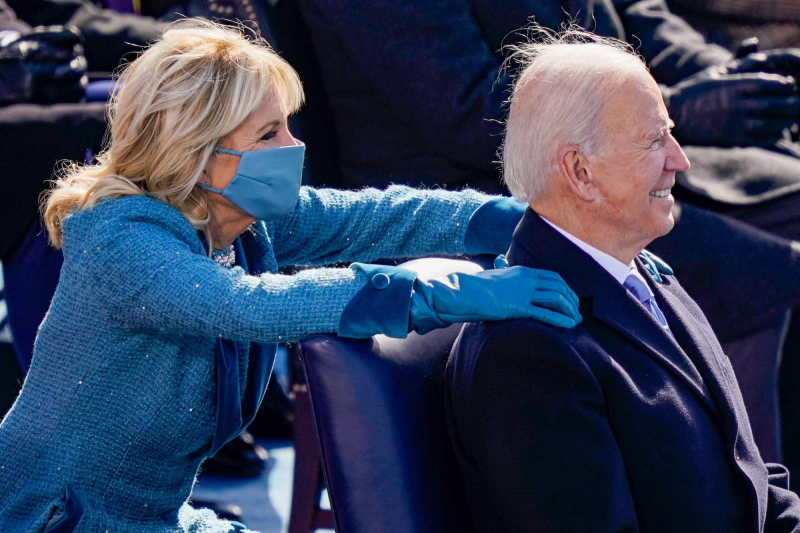 Taken on face value it's a guts++ effort, and didn't dislodge the durry.

Usual caveat on the first casualty of war.

A Ukrainian in Berdyansk spotted a mine on the road and didn't wait around for a bomb disposal unit - at great risk to life and limb, he removed the mine, clearing the way for the Ukrainian military. pic.twitter.com/iC9ZTrixlC

Outside Insiders with Bill Thompson

You may notice a change of tone in my comments on their ABC News, from the beginning of this clip, compared to the end. Sometimes I get carried away…

Thx to David Crowe, Chief Political Correspondent for Age/SMH, who was prepared to tolerate me but was fairly non-committal!

BTW, it turns out that the Twitter correspondence with Mike Cannon-Brookes, per the clip, actually occurred - bugger me - FOUR years ago, instead of ONE. I couldn’t believe it was that long ago but I eventually found some screenshots I made at the time (attached). It seems my recollection of the gist of the posts was pretty close to the mark, though. (Mind you, I should have referred to “antipathy” to CO2 emissions, not “antithesis”.) MC-B became a talking point on Insiders today because of his involvement in a current offer to buy out AGL – with an expectation that a successful deal MIGHT lead to early closure of all those filthy, disgusting, CO2-emitting (even more than MC-B, himself) Hunter Valley coal-fired power plants, which will have all the Greenies swooning with delight but will also have thousands of workers wondering where they’ll get other jobs that pay $150 grand+ a year.

The “Bridget” I refer to in the clip is Bridget Brennan, ABC’s “Indigenous Affairs Editor”. 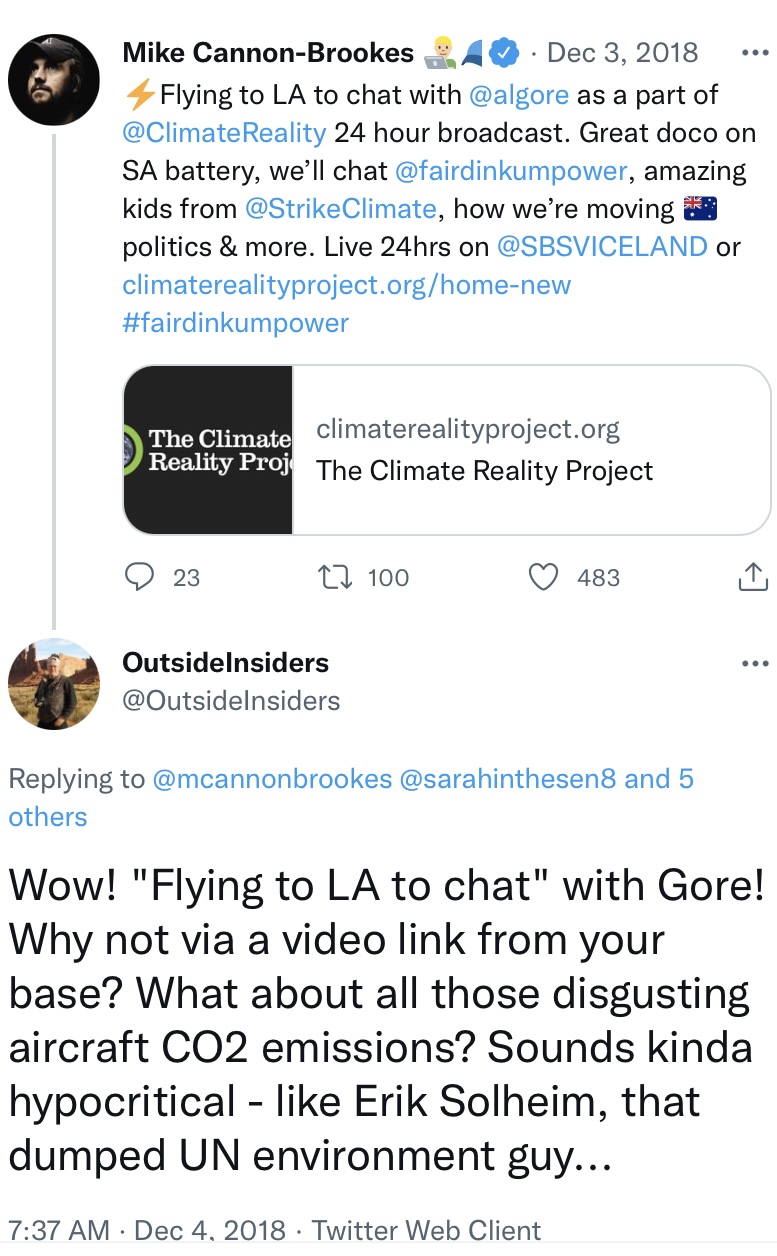 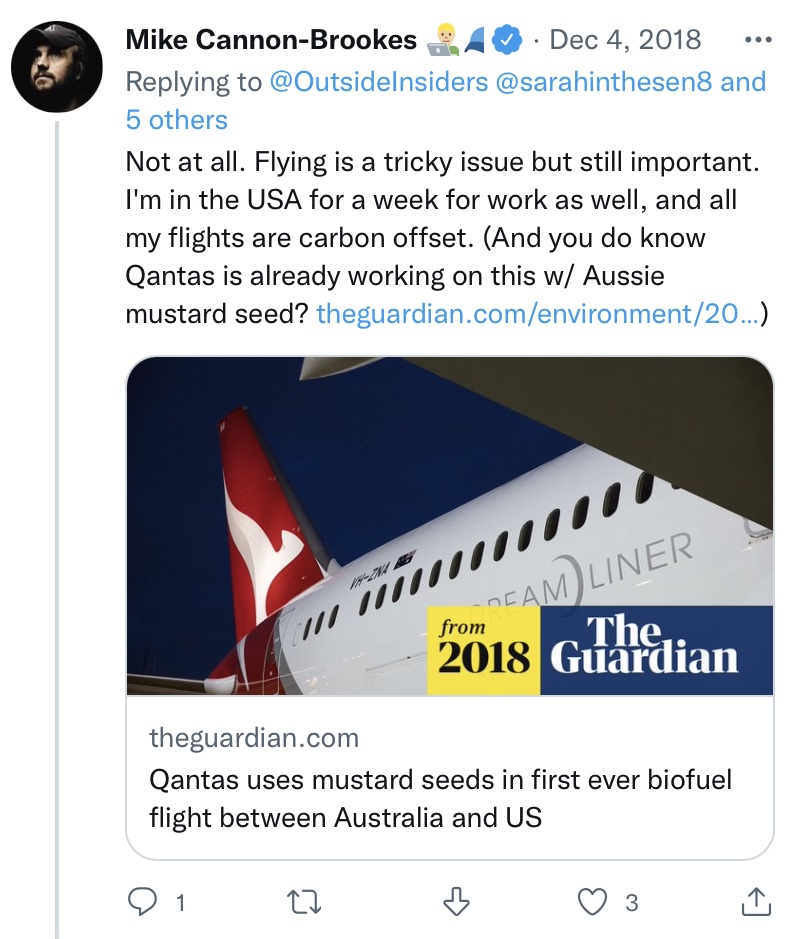 ABC failing Queensland during its hour of need

The ABC loves to boast about how important it is during a natural disaster…
Once again, underwhelming response when people need it.
Perhaps some of its army that’s paid considerably to Tweet and write shit no one cares about - could go into work and do something useful …broadcast during an emergency. 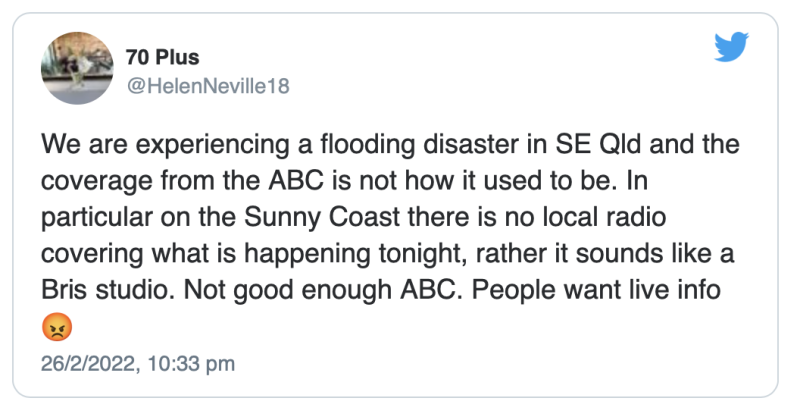 For The Left it doesn't matter what he does - it's wrong.

Brittany Higgins, whose boyfriend constantly leaks to media friends, doesn’t like being ‘a story’. 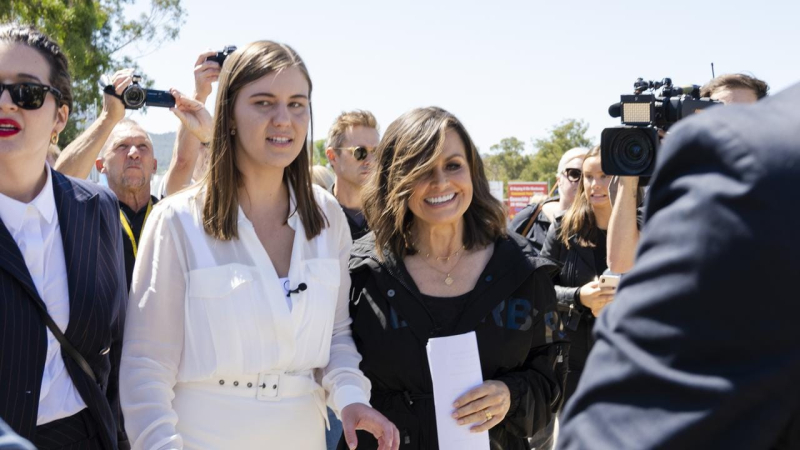 UPDATE - and right on cue, here he corresponding in public.

I've just spoken with the Defence Minister and we'll be seeking to provide whatever support we can for lethal aid through our NATO partners, particularly the United States and the United Kingdom. And we'll be working through those channels because that's the most effective way to do it.

PRIME MINISTER: It was very moving today for Jenny and I and my colleagues to be part of the wonderful service to offer our prayers for the people of Ukraine, to pray for a peace, a peace that is not just the absence of war, but a peace that enables people of Ukraine to live according to their own rules, according to their own sovereignty, and to have their own freedom and not be threatened or subject to violence and persecution and intimidation from across their border from Russia.

So today was an opportunity to pray for that peace and to offer encouragement to Australians of Ukrainian ancestry and to meet so many of them here. I think they are overwhelmed by the outpouring of support that they've received, not just from within the Christian faith community, but right across the entire country. Australians have really wrapped their arms around, and the Australian government will continue to stand up for what is right when it comes to Ukraine.

We are already providing significant support in terms of non-lethal aid, but I've just spoken with the Defence Minister and we'll be seeking to provide whatever support we can for lethal aid through our NATO partners, particularly the United States and the United Kingdom. And we'll be working through those channels because that's the most effective way to do it. They are already providing support in these areas and we will be assisting them with what they are doing.

The other issue that is very pressing is the issue of humanitarian support, and we are seeing the terrible tragedy unfold and Australia, once again, will be doing heavy lifting in all of those areas. Already, the Immigration Minister can confirm that the rapid processing of Ukrainian visas to Australia has been completed as of today. We are processing all visas that are coming in from Ukraine as a priority and they are getting the top priority in terms of them being processed. We will also be providing no doubt in the months to come and the years to come support through our humanitarian programme, but not just the humanitarian programme. The support through visas will come through all aspects of the visa programme to Australia. So that is in the family programme, that's in the skills programme, it's in the student programme. The humanitarian programme will not be the only programme through which we are providing support. And after two years where our immigration intake has been low, there is quite a lot of room within those programmes to take in more places and Ukrainians will have a priority in terms of processing for those visas. We've been in these situations before. We provided safe haven to the Kosovars for several years. But those who are from Ukraine, I have no doubt would want to go home to the Ukraine. And so whether it's in temporary support at their request or whether it's support longer-term or indeed providing humanitarian support and giving assistance to the Polish Government, especially in those bordering Ukraine, we will be engaged in those activities as well with the rest of the global community.

But for Jenny and I to be here with my colleagues today just simply to offer our prayers and our encouragement and support on behalf of the Australian people has been very important, and I'm very grateful for the warm reception that we've had.

JOURNALIST: Prime Minister, how many refugees will you be welcoming here?

PRIME MINISTER: Well, it's a bit too early to be making those decisions. At present, our focus is what's occurring in Ukraine right now and providing the immediate relief to those who would be coming across borders as hundreds of thousands of people are becoming displaced and the world community will work together on all of those issues. But Australia will be very prepared to take more and more and more as we have with Afghanistan. We haven't taken the foot off the pedal there either. And so the ultimate numbers will be determined down the track and that will involve, I have no doubt taking numbers in addition to our normal programme. But the details of that will have to be worked through. Right now, the priority is providing that support through NATO. Australia, obviously not a member of NATO, and particularly our partners in the UK and the United States.

JOURNALIST: Will your Government cut off all trade with Russia? Labor says it supports such a move. Are you considering it?

PRIME MINISTER: We're considering every option and we've been stepping up every single day. I confirm that we are taking the actions against President Putin and his Foreign Minister, and we will continue to add names to these lists. But we are considering the situation of the embassy here in Australia along with our partners, and we're working in lockstep with all of them. It does disappoint me that while the world is increasing its sanctions on Russia, there are countries that are easing their trade sanctions on Russia.

JOURNALIST: Will you - are you going to expel the Russian ambassador?

PRIME MINISTER: We are working in lockstep to be undertaking these decisions with our partners.

JOURNALIST: While Australia is not part of NATO, there are calls for NATO to include Ukraine, is that something you support?

PRIME MINISTER: Well, that's a matter for Ukraine. Firstly, if they wish to do that, and that's a matter for NATO and NATO, is there to provide, I think, stability and balance and peace across Europe and has been an important contributor to that ever since the Second World War. So this is - we are a keen supporter of NATO. We work closely with NATO. The more countries that are involved with NATO that only makes it stronger.

JOURNALIST: Obviously Prime Minister, we've seen some war games from China already. How concerned are you that they'll move on Taiwan?

PRIME MINISTER: No, I don't draw a parallel between those issues, and I think it would be I think it would be unhelpful to engage in that speculation. The situations are very, very different. The situation in Taiwan and the situation in Ukraine. So I want to put Australians at ease in not conflating those two issues. I am concerned, though, that at a time when we're seeing aggression from Russia unlawfully invading Ukraine, China thinks this is an appropriate time to be conducting those sorts of operations in the South China Sea. And at the same time, easing trade restrictions on Russia for wheat. I don't consider those types of actions consistent with the broader statement about seeking a peaceful resolution.

JOURNALIST: Are we doing enough? What about the Russian diplomats, are you considering expelling them?

PRIME MINISTER: Well, of course we are, and we're doing that in concert with other partners around the world, and we have been taking steps each and every day, and we will continue to take steps. You'll know that it was ourselves and the United Kingdom who were the first to say that Russia should be disconnected from SWIFT. And that was a key call that came from the Ukrainian community here in Australia, and we've acted on that and we can't do that in isolation and the discussions we've had with the United States in particular and our European partners, I think we're making some real progress on that front. And I welcome the reception we've had to those encouragements to the United States and and they’re now, as we can see, starting to disconnect Russian financial intermediaries from that payment system.

JOURNALIST: What about President Zelenskyy. Have you been impressed with him?

PRIME MINISTER: I've spoken with the Ukrainian Prime Minister and I spoke to him last week and offered him our great encouragement and support on a whole range of fronts. But look, I think the courage being shown by the Ukrainian people is absolutely extraordinary. The spirit that has been seen from their leadership all the way through to those who are showing such bravery and then those who are reaching out the arm of compassion to their fellow Ukrainians has been extraordinary. I'm going to leave it there. The Australian Government will continue to stand strong with Ukraine and we will continue to do everything we can to support them in the most practical and efficient way that we possibly can. Thanks everyone. Wouldn't want to get in the way of either of them

A boat and a pontoon drifting down the Brisbane River past West End. @abcnews pic.twitter.com/8AzcfmHen7