“Trump is the leading climate denier in the world.”

"The reality is that half of your trade goes to the EU. Britain’s trade with Australia is a very small percentage.”

Former Australian PM Malcolm Turnbull says a trade deal with the UK is “not a substitute for the EU”#Newsnight | @TurnbullMalcolm pic.twitter.com/5xjUKW3bj7 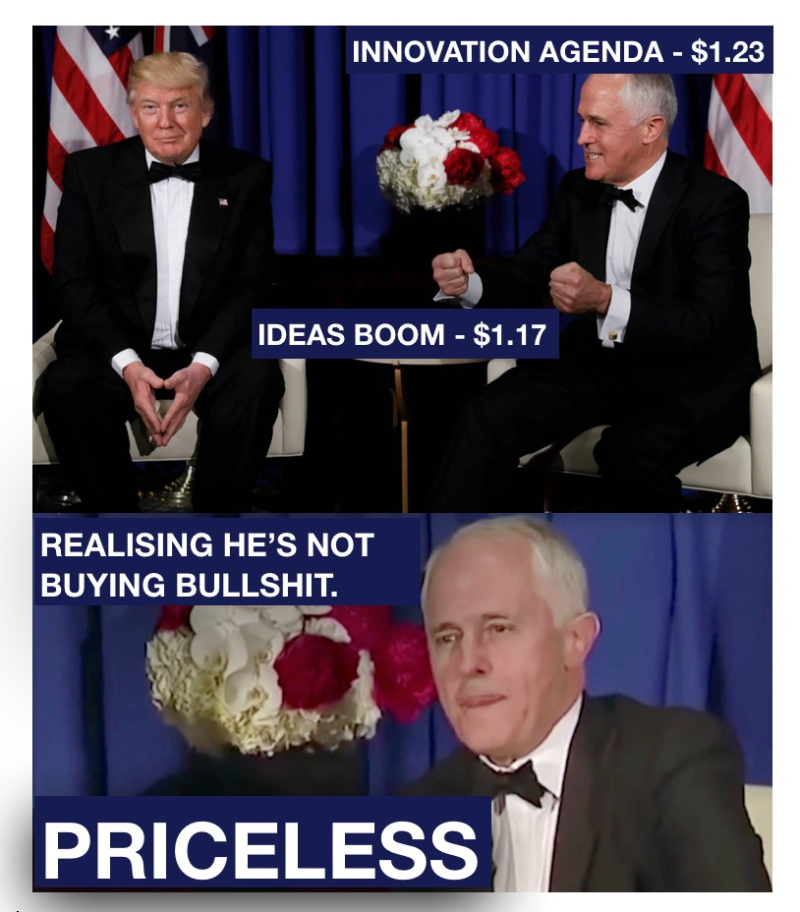 I was getting this error message - now fixed!

The Commission is in session.   Mr McAllum in the witness box. 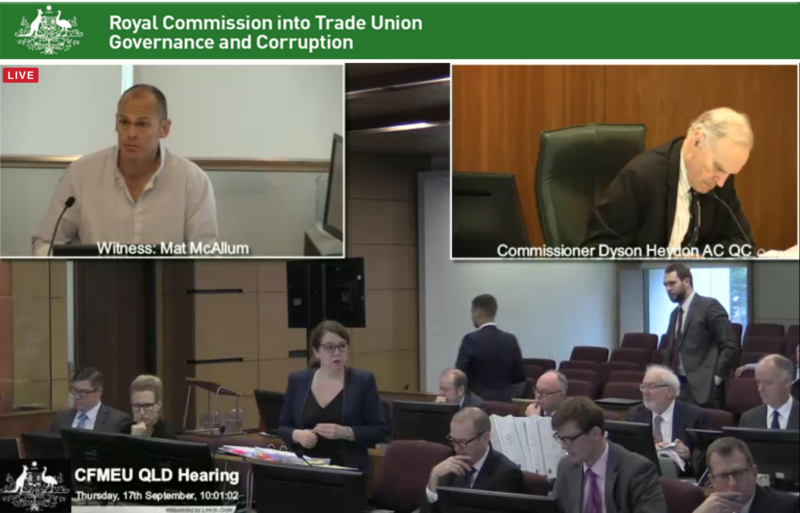 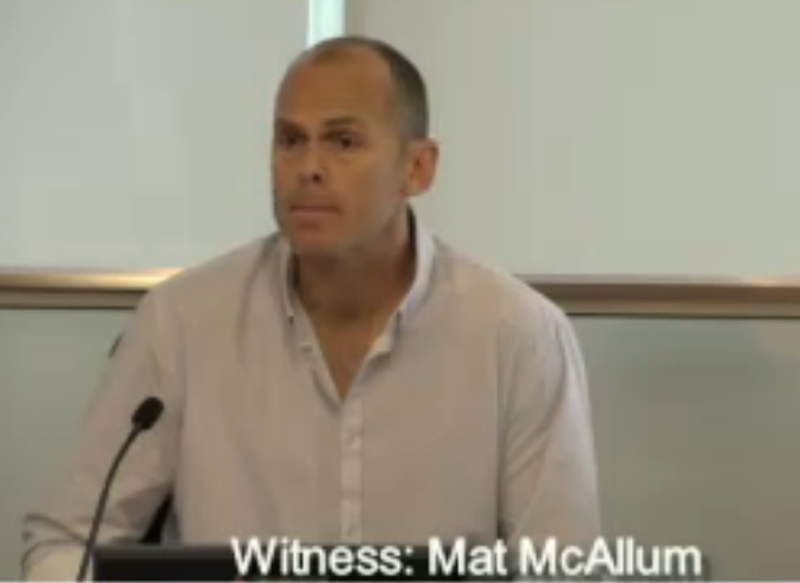 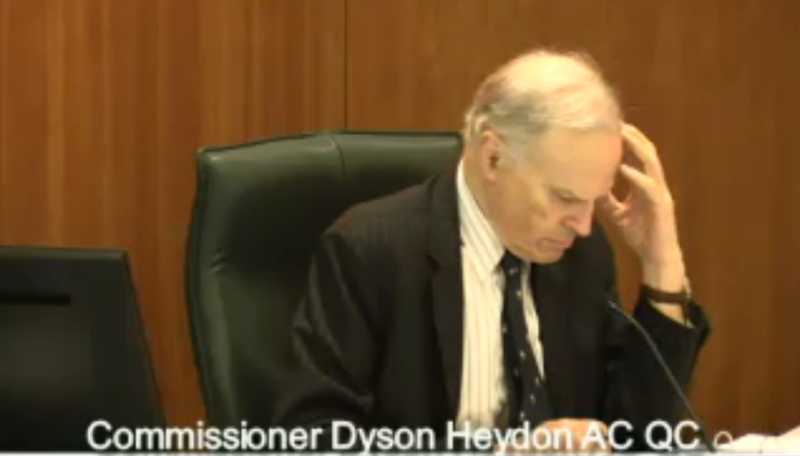 Mr McAllum knows that he "heard" of a figure that was available from Mirvac for the completion of the Hanna house, but he can't remember whether it was Mr Moore or Mr Hanna who told him that figure - the amount was "$90,000 to #100,000".

He agrees that with all of the tradesmen working on the Hanna house, there was a "hope" that the costs would be "covered".   Some tradesmen and sub-contractors were paid through sham invoices by Mirvac, some others absorbed the costs.  Mr McAllum states that he made the decision as to who would get paid by Mirvac and who wouldn't.

He states that the only reason he became involved in helping to have the Hanna house constructed was the fact that Mr Moore asked him to do so.   There was no other reason, he was not aware of any union problems with Mirvac that may have been relevant to the decision to help Hanna.

Mr McAllum can't answer/doesn't know how any overruns on the costs of the Hanna house were going to be funded, it remains unclear as to who actually contracted the trades and subbies working at Cornubia.   The "intention' was for the tradies to absorb the cost (good luck with that) - but Mr McAllum states he was responsible for all contract variations and when invoices for Cornubia started coming through he "found a way" to pay them.

Ms McNaughton is pointing to some fairly obvious contradictions in Mr McAllum's evidence - first up it was Mirvac that would bear the costs, then he gave evidence that the idea was the tradies would absorb the costs, now he says he "hoped" the tradies would absorb the costs but if they felt they couldn't then Mirvac would pay.   On dodgy invoices made out to look like work at the Pad Two project.

Mr McAllum states that, while he can't remember it, he "must have" had a conversation about the proposition that Mr Hanna would have to pay for "some" of the work and materials at his house.

Mr McAllum states that Hanna's "original contract was with Adam "(Moore).   First I've heard of a contract with Hanna.

One consistent feature of Mr McAllum's evidence is that it's delivered in such a matter of fact way.   None of it appears to faze Mr McAllum, as if Mirvac paying for a union official's house is just a run of the mill normal commercial transaction. 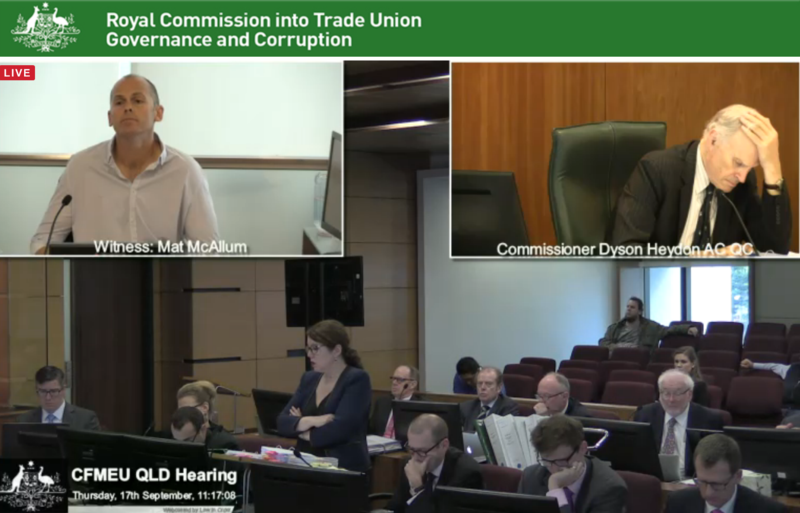 In answer to a question about his reference to "The Cornubia House" on internal Mirvac paperwork, Mr McAllum said "Well i was asked by the construction director of Mirvac to work on the construction of a house at Cornubia so that's what I called it".

Ms McNaughton, "You didn't feel any need to hide it, to call it something else?"

Mr McAllum recalls going to the CFMEU Fight Night - Mirvac took two tables, however Mr McAllum asked one of the trades (Mr Nicoll) to pay for the tables.   He described MIrvac's attendance at the Fight Night as a team-building exercise or similar.   He said that having Nicoll pay for it was a form of sponsorship.

1145AM THE COMMISSION RESUMED 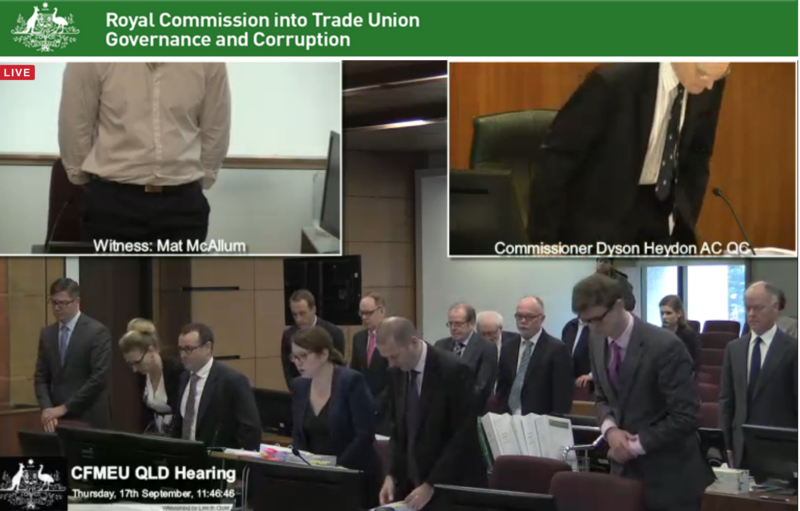 Continued very detailed questions invoice by invoice - Ms McNaughton asks Mr McAllum to comment on each or to vouch for the authenticity/provenance of each document.

Ms McNaughton, "So you say now that you made an effort to confine discussions about the Cornubia house to you and Mr Moore, why did you do that?"

"Well doing favours for someone is not the sort of thing you want to talk about".

Ms McNaughton, "So is it your honest evidence that no one else other than you and Mr Moore at Mirvac knew about the Cornubia house?"

Ms McNaughton reiterated Mr McAllen's previous evidence, that as far as he was aware, no one else at Mirvac, other than himself and Mr Moore knew about the Cornubia house.

He is now being directed towards certain paperwork in the Exhibits. 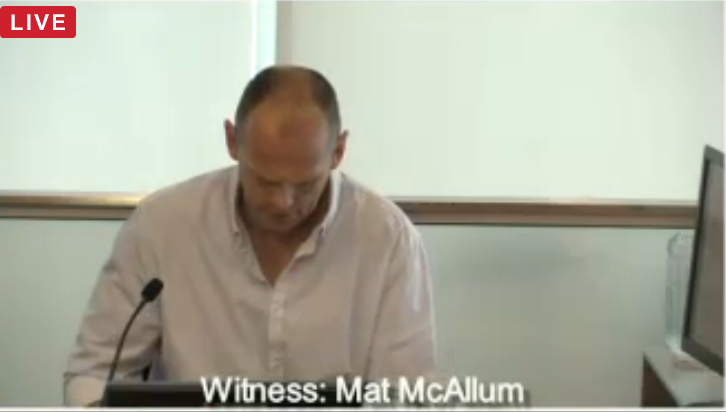 No startling revelations here - but it is hard to believe that two people only knew about the extent of the Mirvac involvement at both the Cornubia house and in paying false invoices for the CFMEU events .

AT 1PM THE COMMISSION ADJOURNED FOR LUNCH

2PM AND THE COMMISSION RESUMES 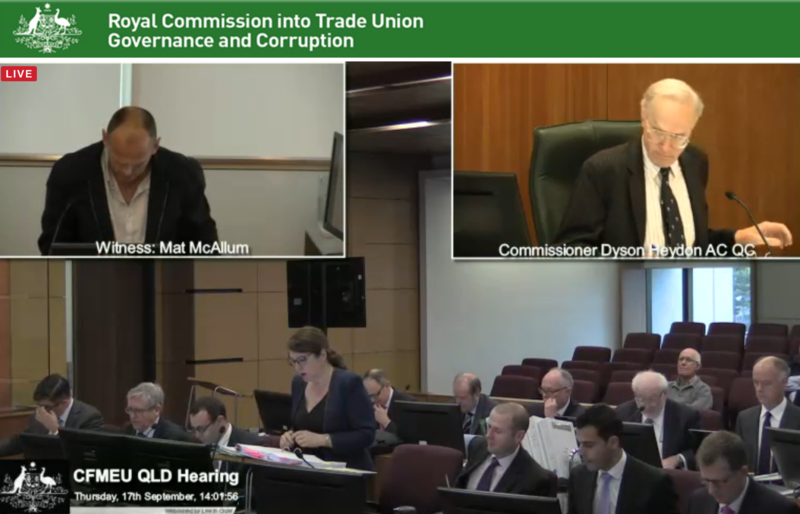 No niceties - Ms McNaughton is straight into it.

Second question prefaced by production of email making arrangements for Mr McAllum to get a lift to the Fight Night with a colleague, he's given evidence that he went alone.

Despite the extensive exchange of correspondence between Mr McAllum and Jenny Hanna, Mr McAllum states that at no time did he ever discuss the costs or mechanisms for payment for any of the fixtures/fittings/coverings etc Ms Hanna specified.

Ms McNaughton has chosen to put an extraordinary level of detail before the Commission in oral examinations relating to the Hanna house construction.    Rather than have the paperwork received into evidence for the Commission's perusal, Ms McNaughton is putting volumes of paperwork to individual witnesses to either confirm as correct or argue their case if they think the invoice/quote etc is incorrectly reproduced.   The nett effect is to void any possibility of future arguments about the veracity of the documentary evidence.  But it also provides overwhelming evidence about Hanna's apparent corruption, no one who's read the transcripts could reasonably call the TURC a politically motivated witch hunt.   The extent of Hanna's ongoing course of conduct over a lengthy period of time is as big a part of the story as the headline "Mirvac paid for CFMEU boss's house".

AT ABOUT 3.05PM I'VE BEEN CALLED AWAY FROM THE COVERAGE, WILL BE BACK LATER ON TODAY