Note the bland apology.  No ABC staffer is named and there's no advice as to disciplinary action.

They certainly took their time.

Here's our article from 6 June.

It's also been subject to considerable reportage.

The ABC can't have missed that.

Their broadcast can only be the product of a malicious decision to make Trump look bad.

This commentary and verbatim transcript of what The President actually said - in context - thanks to National Review.

A number of prominent political reporters misrepresented comments President Trump made about George Floyd during his Friday press statement, falsely claiming that the president suggested Floyd would be happy with the May job numbers that had been released hours earlier.

Trump spoke at length about the release of May’s unexpectedly positive job numbers, which showed 2.5 million jobs added and a dip in the unemployment rate, calling it “probably . . . the greatest comeback in American history.” He then pivoted to a discussion of the importance of equality in policing, and it was in this context that he mentioned Floyd, an African American man whose death at the hands of Minneapolis police last week set off a wave of riots across the country.

While some reporters quoted Trump’s comments verbatim, others immediately castTrump’s reference to Floyd as part of his celebration of the positive economic outlook, rather than as a suggestion that Floyd would be pleased with the country’s focus on progress toward a more equitable law enforcement environment.

Friendly Hewitt and Company was there to help. To help Bruce.

Astute readers will recall the transmission of a letter from Hewitt and Company to Slater and Gordon in 1993. 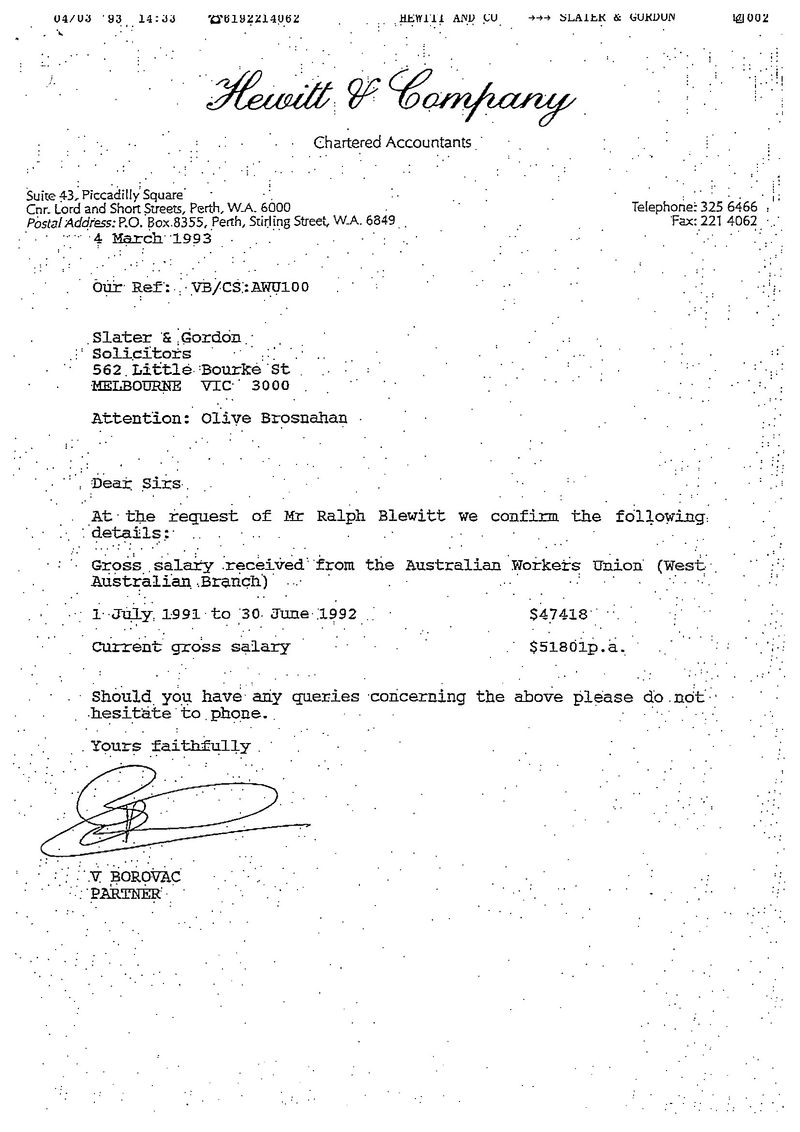 V Borovac was the signatory.   He apparently thought quite highly of Bruce Wilson as shown in his 10 September 1993 letter which we'll reprint here: 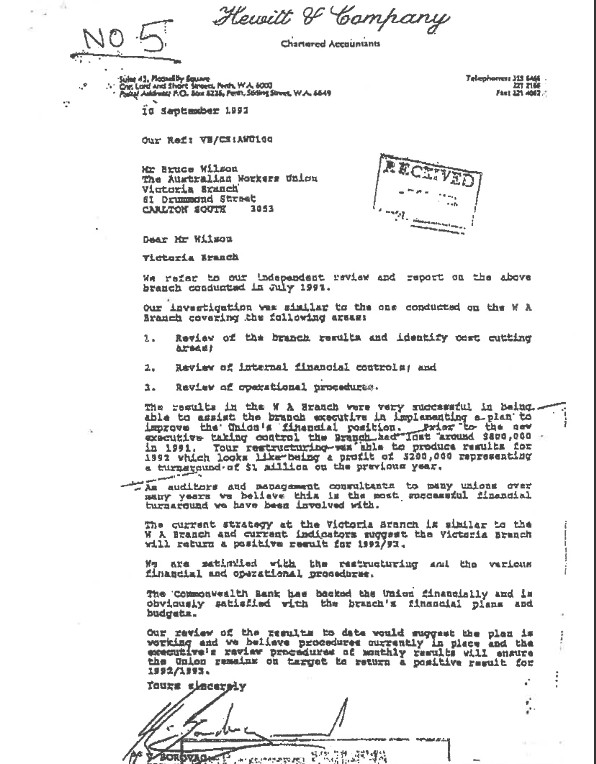 The same reference number AWU 100 is on both letters.

Bruce had an uncanny ability to find helpful professionals like the good partner and true from Slater and Gordon.

Armed with the independent opinion of V. Borovac, Bruce went off to the National Excutive of the AWU which then sent out this communications piece to every member of the union in Victoria.

The National Executive's note reads very well.   It pours scorn on those who were agitating for a real in-depth audit of the union's finances in Victoria.   Breathtaking. 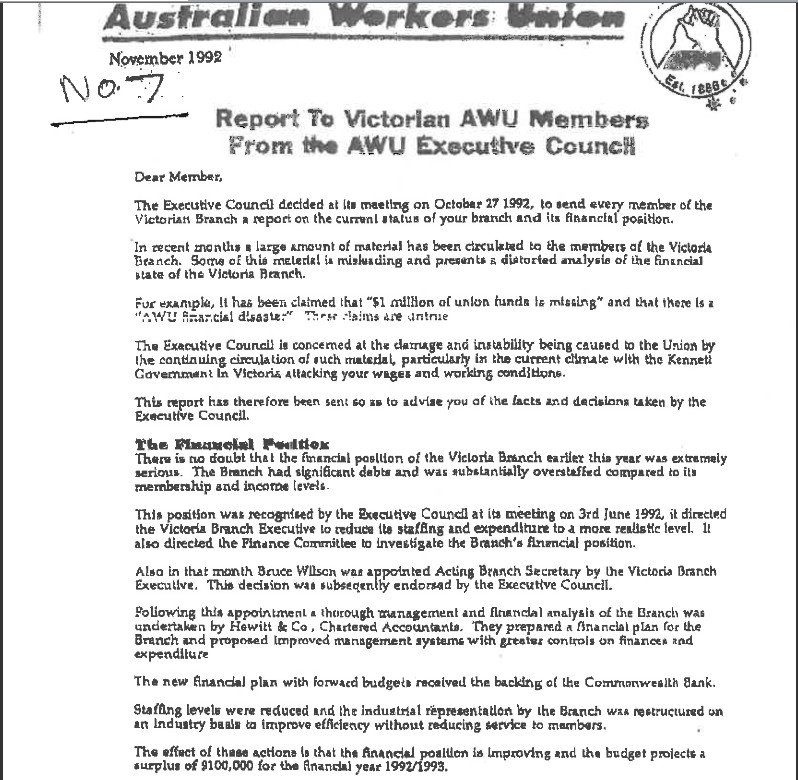 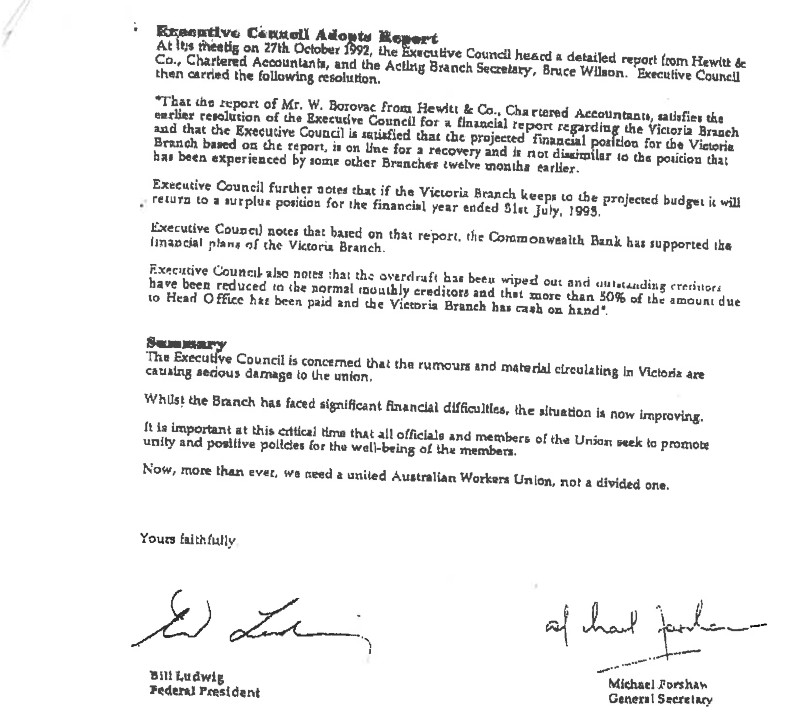 Bob Kernohan responded with this flyer. 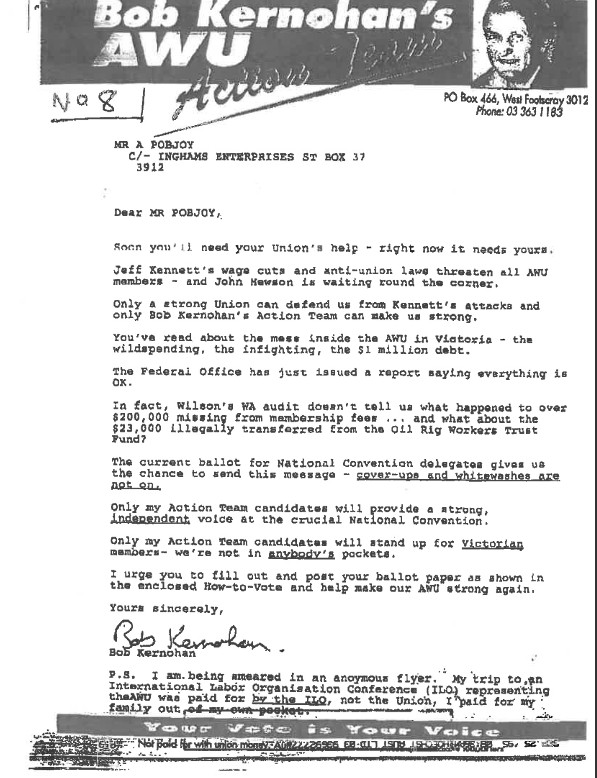 While Bruce accepted the glowing report about himself from Hewitt and Company, he was also involved in the following accounts that he wasn't so keen for others to know about.  And the fix has been in for 20 odd years to keep Bruce's secrets secret.

It's more than passing strange that Julia Gillard, Nicola Roxon, Bill Shorten, Bill Ludwig, Paul Howes and Bruce Wilson have all vigourously resisted attempts for further investigations into this matter.   Why?

Thanks to Dr John Lourens FCPA for this synopsis of the accounts that were not countenanced in the Hewitt independent report which seemed to answer the question "How Good is Bruce Wilson?" 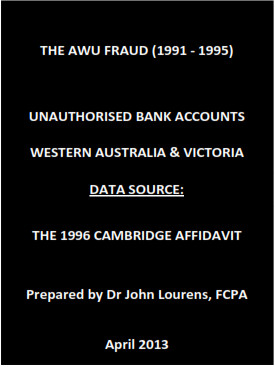 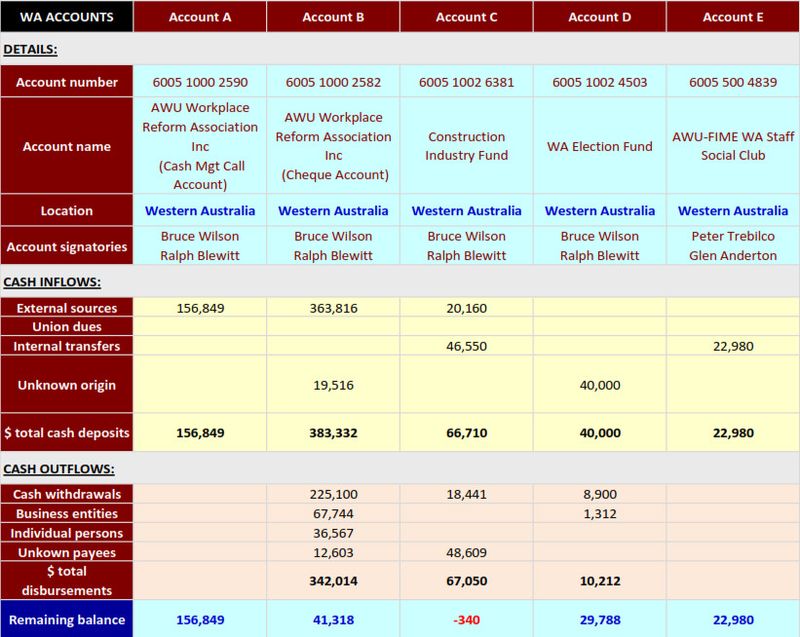 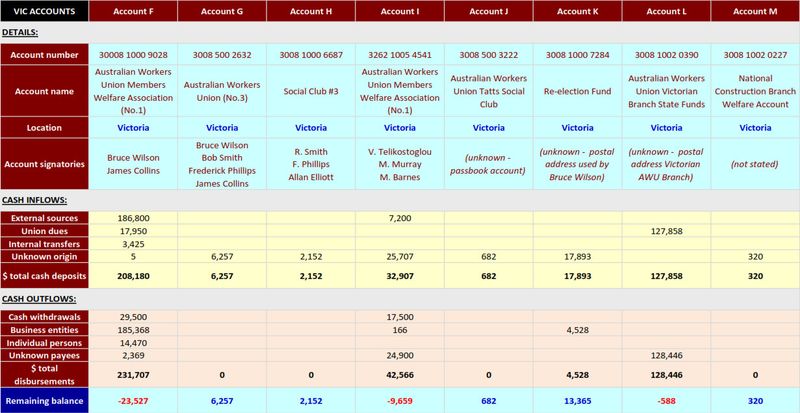 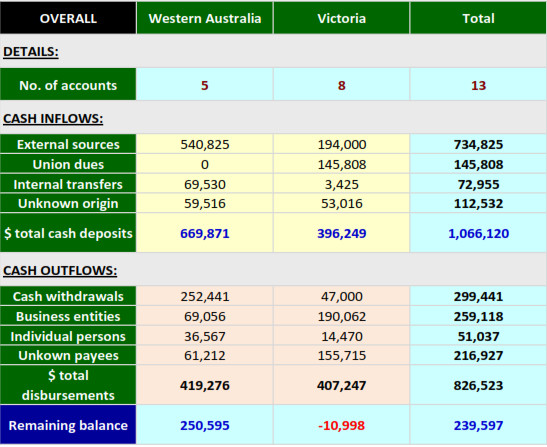